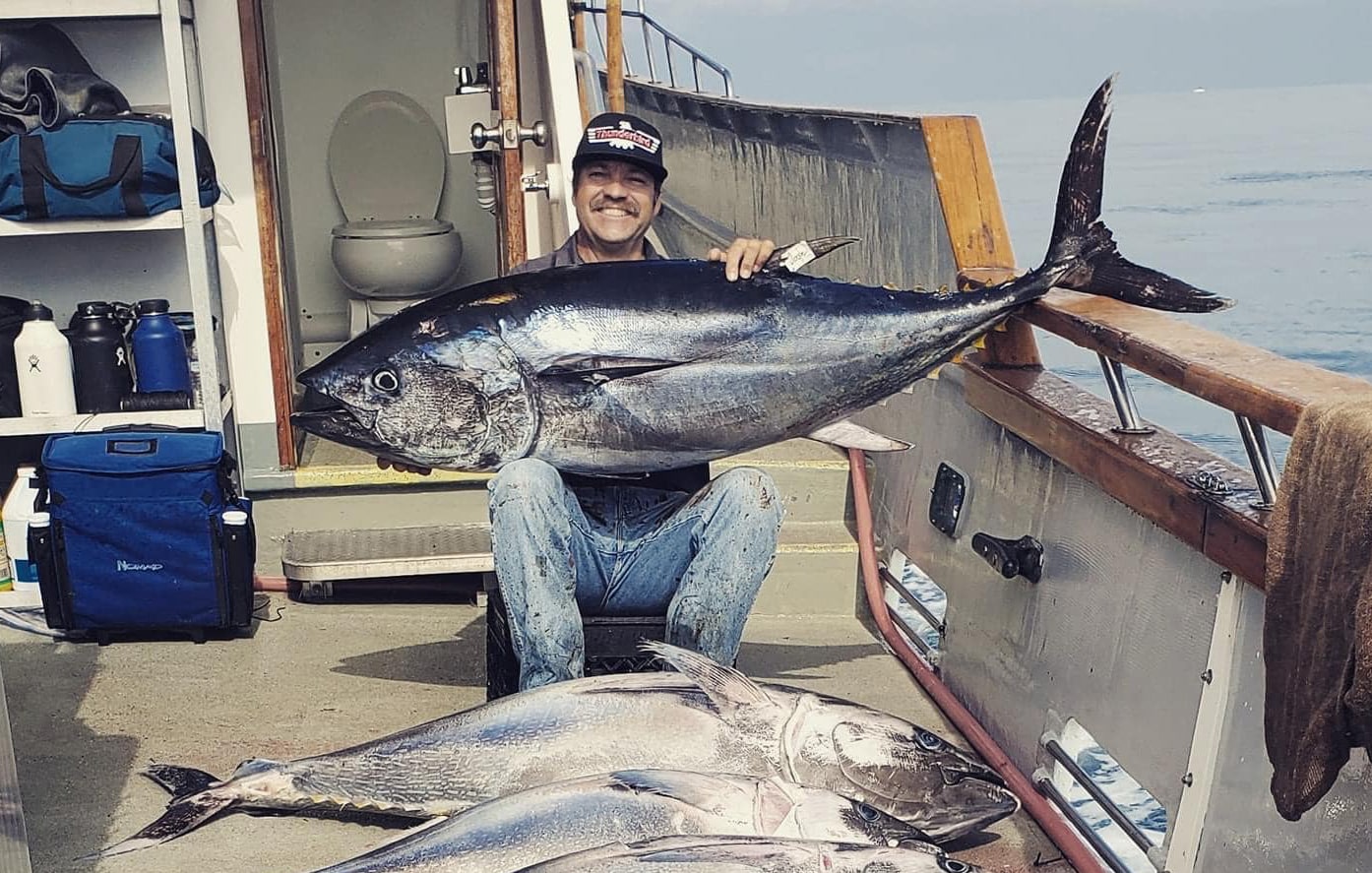 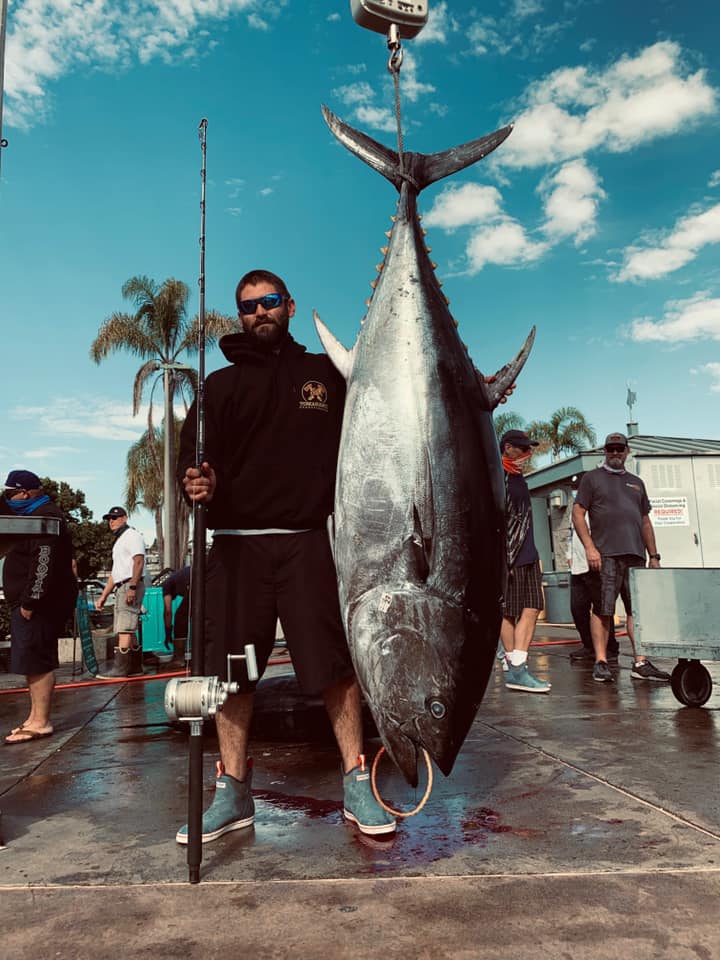 It’s been another absolutely incredible week of bluefin fishing at the Cortes and Tanner Banks. With flat calm weather over the weekend and everything from private boats to long range trips fishing the zone, there was enough fishing pressure that some boats were having trouble finding a spot on the bank to fish. Despite the traffic, it sounds like everyone who ran out there had a shot at trophy fish. The smallest boat that I heard of making the run was my buddies Ed Howerton and Dennis Burlason who made the trip in a 21-foot center console and were rewarded with a couple of jumbos. 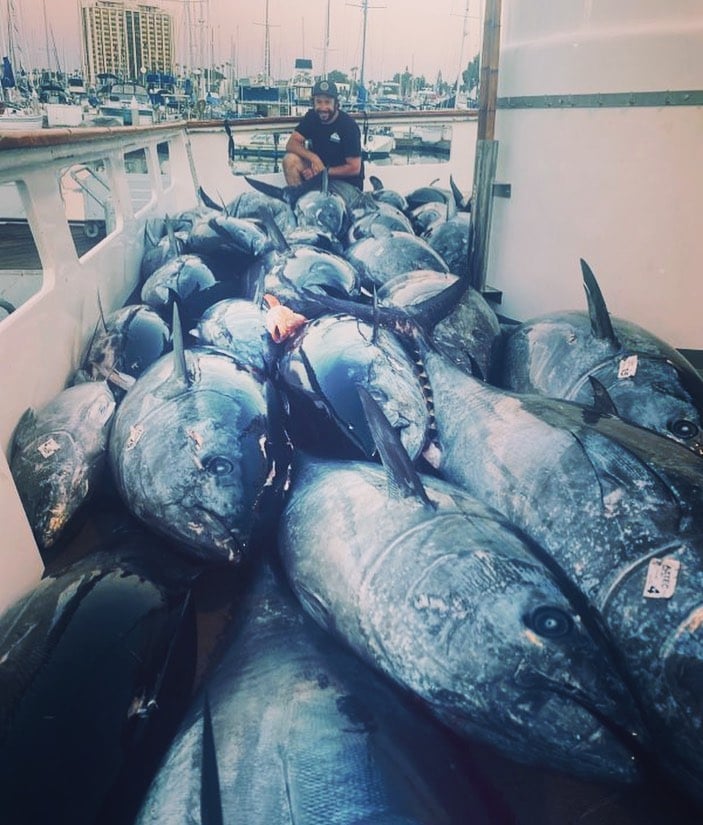 Most of the 4 and 6 pack charter boats have been fishing out there as well and multiple 300-pound plus fish were caught by them during the week. Captain Brandon Hayward of Bight Sportfishing reported one of his boats catching five bluefin to 351-pounds off a single drift. All of the big fish being caught on these trips are coming on flying fish on a balloon or kite. Sport boats fishing the area are also getting their big bites on flying fish, but there are plenty of quality fish being caught on different methods as well. 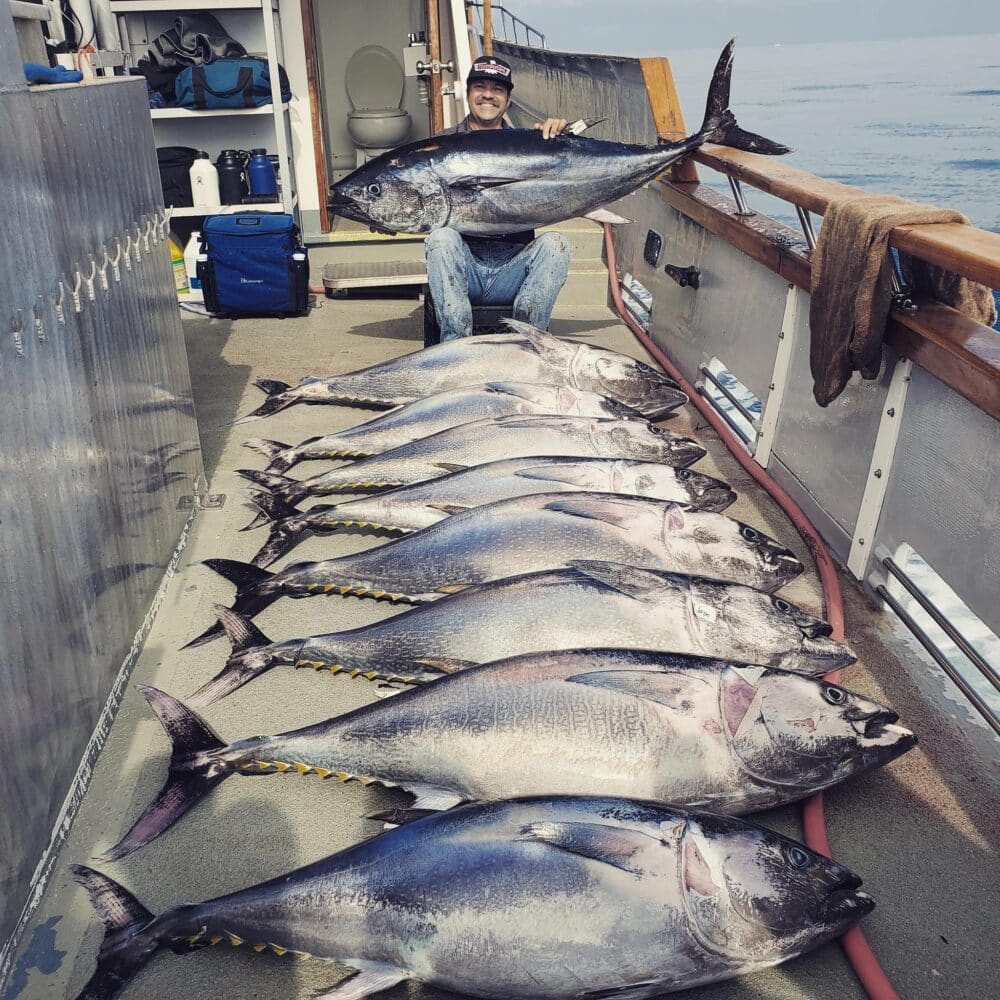 The best action this week continues to be the night bite where almost all of the fish are being caught on flat fall jigs. These night bites can produce anything from a 30-pound fish to a 300-pounder but most of the fish being caught are ranging between 100 and 200-pounds. There were several pretty impressive scores made this week including the Thunderbird out of Davey’s Locker that boated 31 fish from 100 to 268-pounds. The Aztec out of Seaforth Landing had an amazing three-day trip that resulted in 34 tuna from 100 to 310-pounds. The biggest score this week was made by the New Lo-An that returned from a two day trip with 36 fish from 165 to 200-pounds. 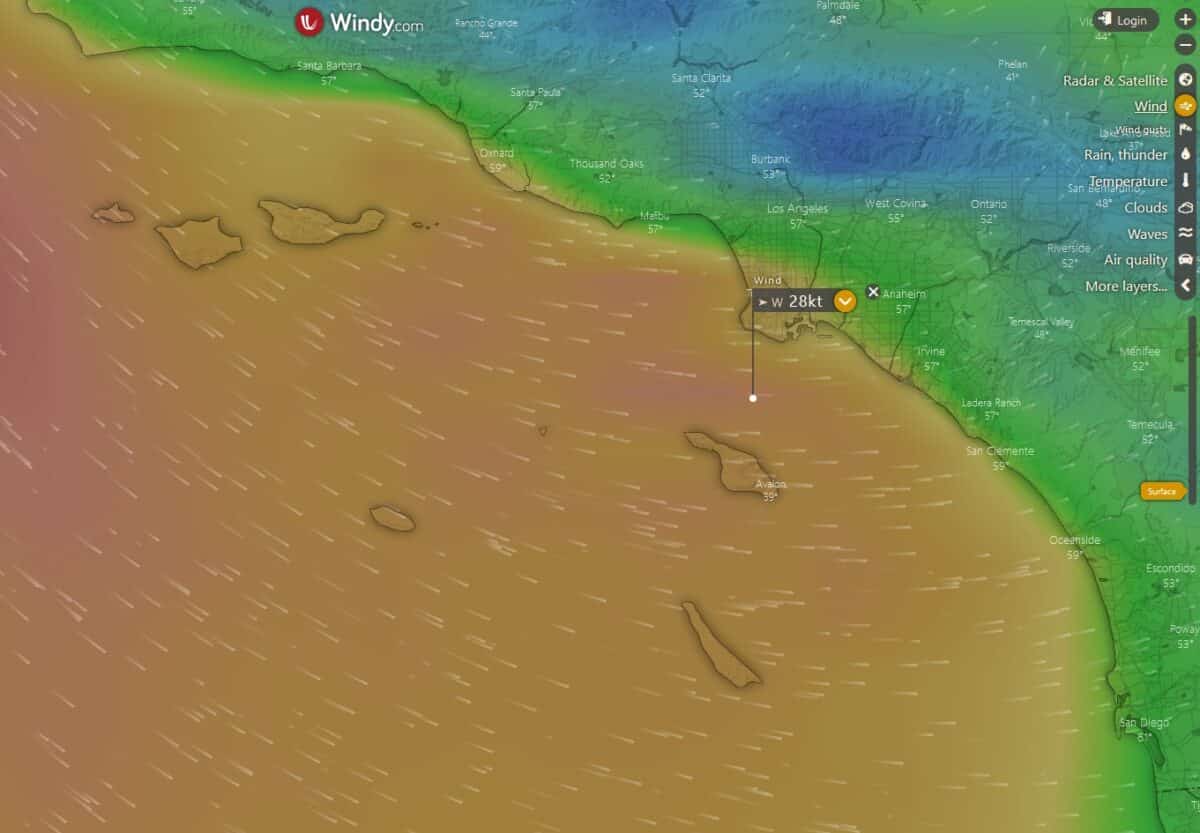 All of that being said, there won’t be any big bluefin hitting the deck this weekend as the wind is going to shut the banks down for a few days. And with 20 to 30-knots of wind forecast across the entire Southern California bight this weekend, it’s unlikely that there will be much caught except spotted bay bass because I don’t see anyone trying to fish outside the harbor if the forecast holds true. The good news is that the weather is forecast to improve dramatically early next week and boats should be able to get back on those fish for the upcoming new moon.