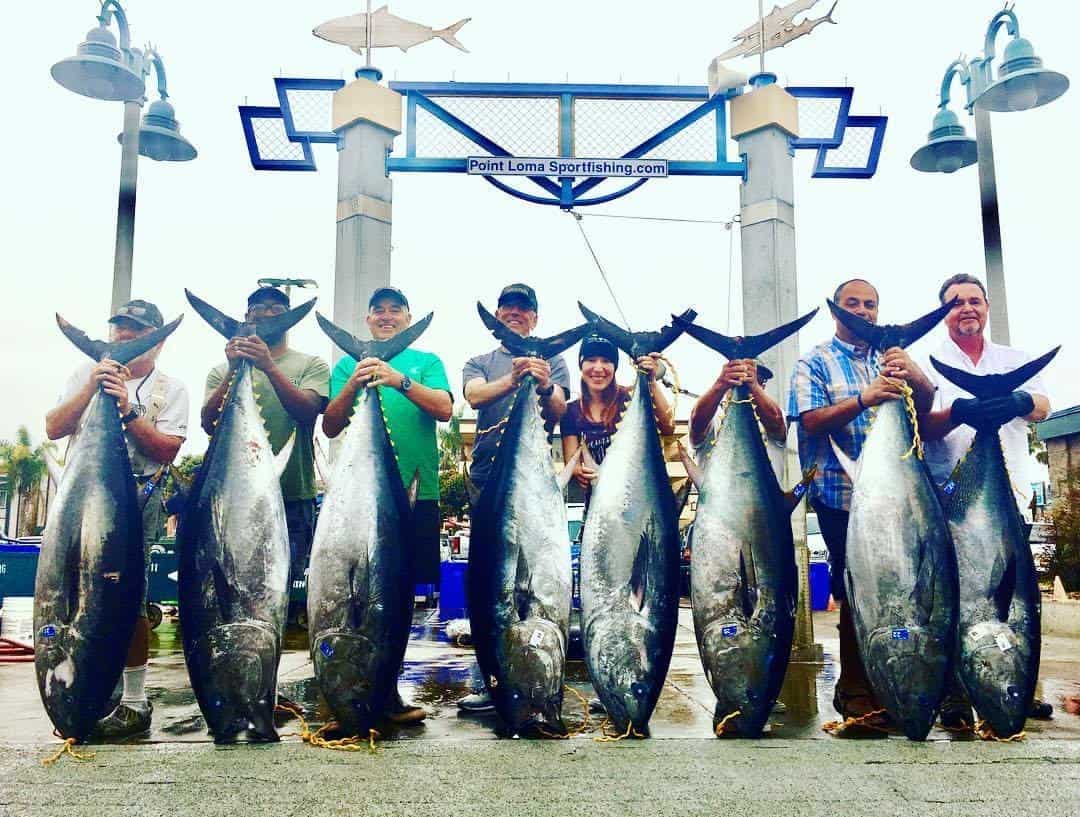 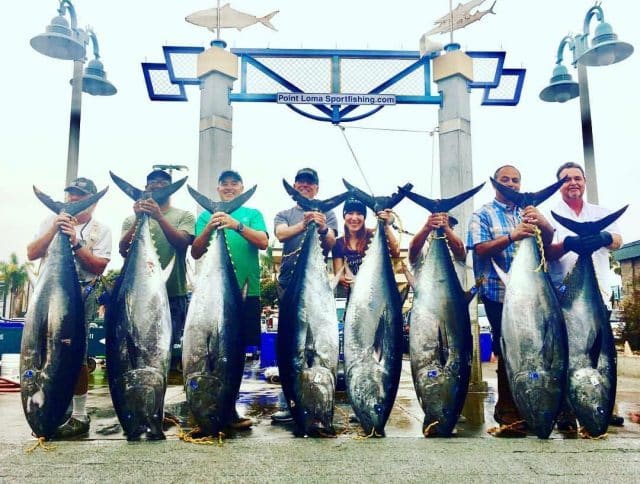 If you’re a regular reader of this column, you know that I’ve spent a lot of time talking about bluefin tuna this year and it’s been a love/hate relationship. The big ones showed up early and bit well, then even more fish showed up and they quit biting altogether. After a while they started biting the kite a little and eventually boats caught them on flat falls and finally sardines.

Throughout the year, the average size of fish being caught, jumbos aside, quietly kept getting bigger and bigger. What had been mostly sub 50-pound fish crept up to those pushing 100 and now it seems like 150-pounds is the new normal. While the fishing had been far from consistent, the best bites were always at the peaks of the lunar cycle. 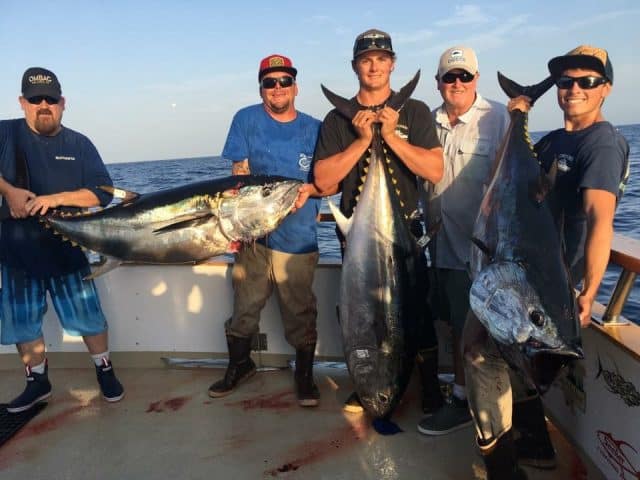 But the September full moon brought better fishing than any of the previous ones this year. In fact I’d be willing to argue that this full moon brought better big bluefin fishing than any full moon since sport fishing started in California. The big fish bite, which took off on Sunday has produced hundreds of fish in the last four days. How many hundreds? I don’t have the patience to sit down and review all the individual boat counts, but I wouldn’t be surprised if it was close to 500 fish if you combine sport boats, long range boats and private boaters. Too many anglers on too many boats caught too many trophy fish for me to select a few to mention in this report, so I’ll just say “Congratulations to you all!”.

This really is a once in a lifetime opportunity. 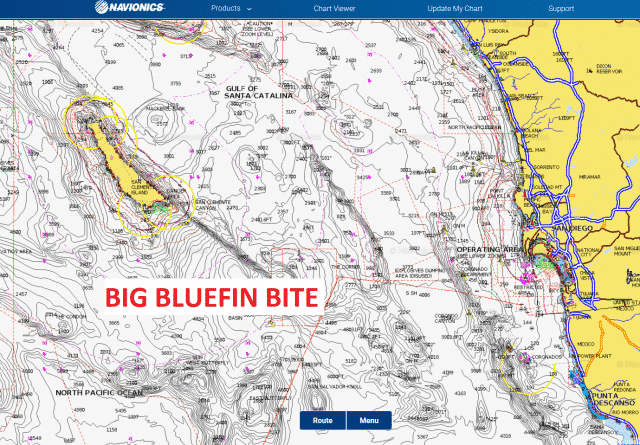 If you’re looking to get in on this bite you’re going to need to find a boat that’s got room available and that’s probably not going to be all that easy, especially on a weekend. If you are looking for a trip, I’d advise a minimum of a 1 1/2-day trip and a longer one if possible as these fish are mostly being caught on the anchor and some anchor positions are better than others so the longer trip gives the captain the ability to jockey for position once the bulk of the fleet goes home to get another load of passengers.

This zone is not particularly private boat friendly, but there are plenty of bluefin scattered around if you’re looking to catch some from your own boat. If you do venture out to where the fleet is fishing, there are a couple of rules you’ll want to follow to avoid being labeled an asshole. Rule number one, unless you’re going to put your anchor down and fish, stay away from the boats that are anchored. All it takes is one guy attempting to drift, troll, kite fish, drive in circles or generally act like an inconsiderate tool bag to ruin the fishing for multiple boats. The second rule is to treat other boaters the way you’d like them to treat you. So don’t listen to your lizard brain when it tells you it’s okay to drive right up to a boat that’s hooked up. After all, “he doesn’t own the ocean!” Try to have some empathy for your fellow sportsmen and don’t be a jerk. 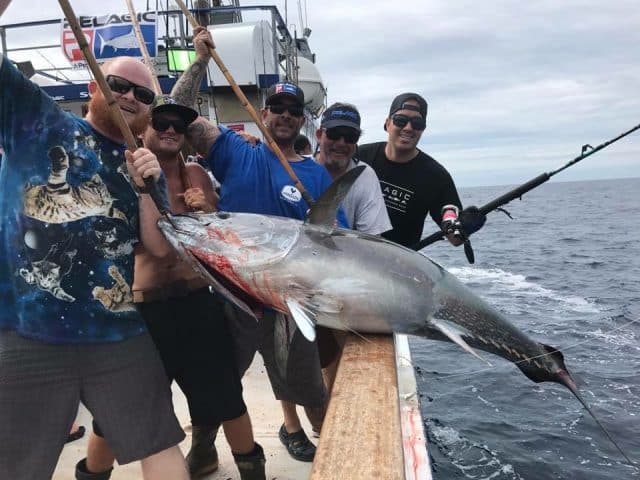 If you do find a spot on a trip make sure and bring the right gear. These are big fish and there will often be multiple fish hanging when they do bite so you’re going to want to land yours as quickly as possible. If you’re departing from a San Diego based landing, I’d inquire about renting appropriate two-speed gear if you don’t have it. If you’re fishing on a boat that doesn’t offer high end rental tackle, you’re going to need to bite the bullet and buy the appropriate gear. If you’re unsure what you’ll need just visit one of the local tackle shops and they’ll get you set up.