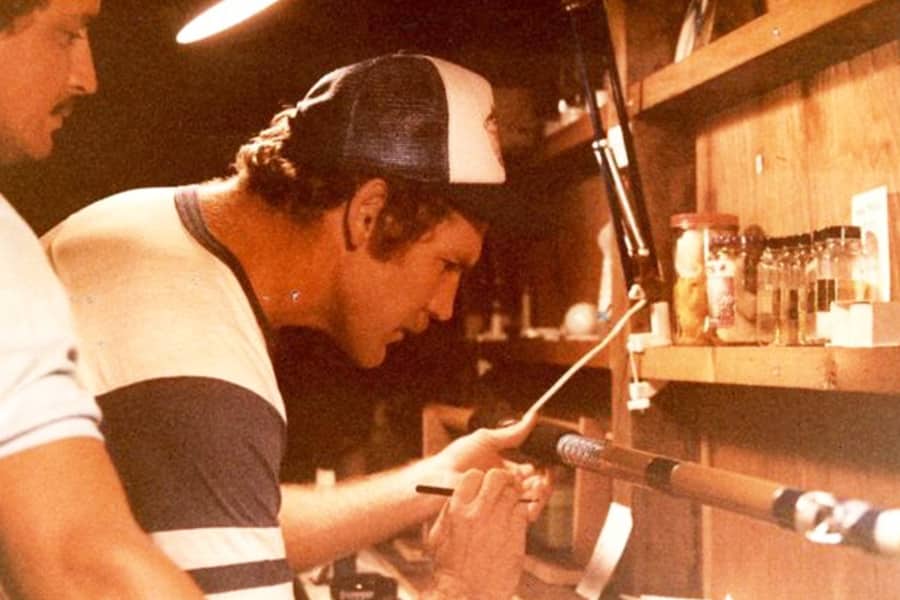 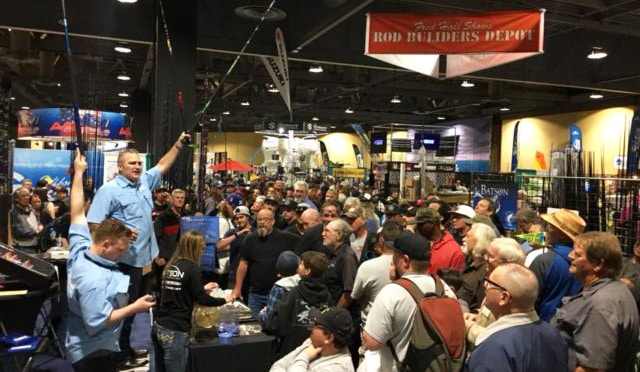 It’s been over a decade since I first met Bill Batson, and while we’ve been friends for years, that first meeting was an odd one. I went to a custom rod building convention to visit my boat partner Matt, who was working a booth there and upon my arrival, Matt said I needed to walk over and check out the rod blanks they had at the Batson Booth. My first reaction was, “Who the heck is Batson?” Matt reassured me that they had some cool stuff, so we headed over and were met by Bill at the booth’s threshold. 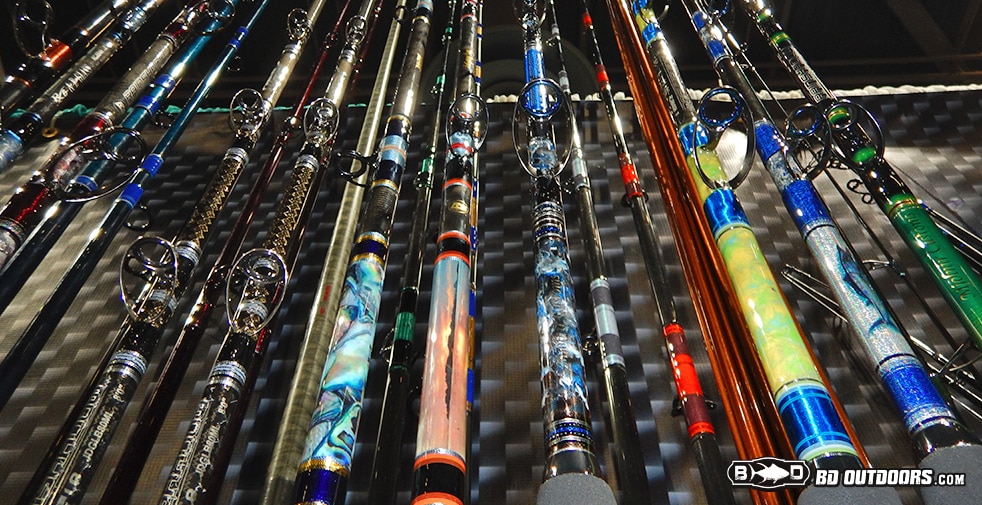 “Come on in and check out this rod,” Bill said while grabbing me by the shoulder with one arm and shoving a custom wrapped rod into my hands with the other. The next few minutes were a high energy blur of, “here, pull on this” and “check out the way we machined the aluminum on that” all interspersed with explanations of things I just didn’t understand. “We stepped this one up to 316 stainless instead of the 304 we used on the older model”.  By the time he was done, the extreme level of enthusiasm for his product lines and the sport, in general, was so overwhelming that I was left seeing spots as if I’d stared at the sun too long.

I’ve gotten to know Bill a whole lot better, in the decade since that first meeting, but his infectious enthusiasm has never waned. In fact, after interviewing him for this article, I’d say that it might have grown even stronger. Either way, Batson Enterprises has come a long way in the last twenty years, but Bill and his family’s story begins much earlier on. 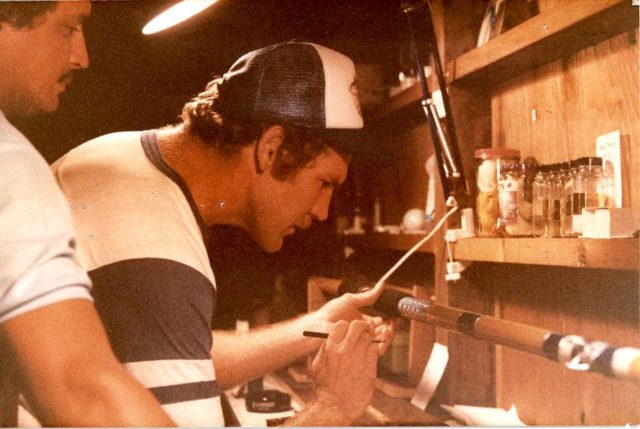 “I came home one day in 1979 and saw my dad on the floor of the living room wrapping his first rod,” Bill said when I asked him how it all started. “It was a 13-foot Fenwick blank for catching ulua off the cliffs where we lived in Hawaii. I asked my dad what he was doing, and he said, ‘building us a better fishing rod!’ It all evolved from there. My dad got serious about it after that first rod and in 1982 he opened Phantom Custom Rods and started building rods for people all over Hawaii. He was even written about in the book ‘Fishing Hawaiian Style’. 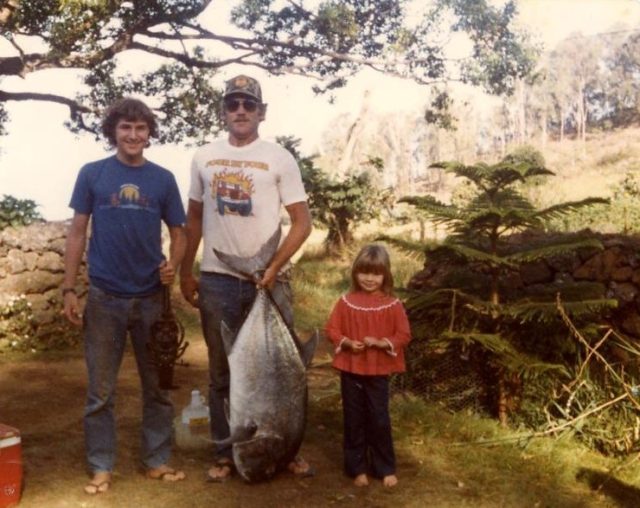 In 1990 we moved to California and my dad went to work as the president of a rod company and was able to build it from a million dollar a year business to a ten million dollar one. My cousin Karry Batson and I eventually started working there as well until January 1, 2000, when we left as a family and started Batson Enterprises. In the beginning, it was just my dad, my mom, my cousin and I. The four of us were working out of the garage at my dad’s house, that we had converted into a rod blank distribution center. At that point, my dad traveled to Taiwan and made a deal with a company he’d worked with there in the past to produce components for Batson Enterprises. 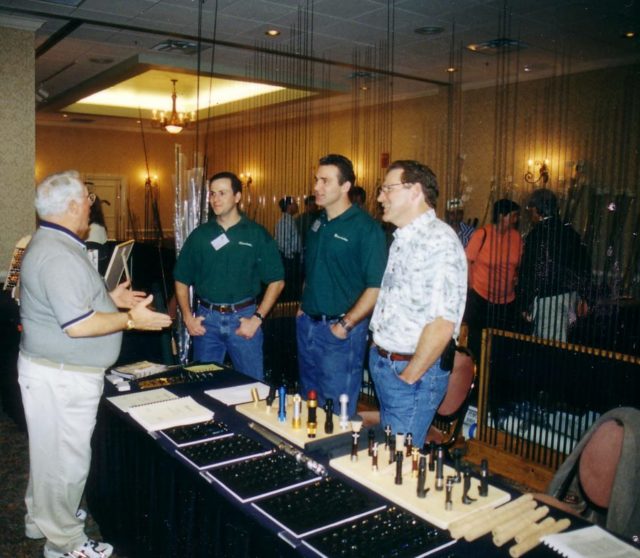 When we first got started, we were just selling rod components under the Forecast brand. But being avid fishermen and rod builders, we had bigger plans and over the next few years, we worked with our manufacturer to design the higher end components that we’d eventually produce under our ALPS brand. At the time we also had the biggest blank factory in the nation, called Cascade Composites, unfortunately, when my father passed in 2003, the business became too big for me to manage so we shut down the blank factory and outsourced the blank manufacturing to one of our partners offshore.

In the 16 years that I’ve been running the company, we’ve tripled in size and went from eight employees when my father was alive in 2003 to the twenty-four in-house professionals we have now. We’ve become the industry leader when it comes to rod blanks. Nobody sells more blanks than Batson Enterprises.

Our ALPS aluminum reel seats have become the go-to product for every high-end factory or custom rod built.

Currently, approximately 70% of the rod blanks and components we manufacture are sold as private label brands. In fact, we supply components to so many rod companies that if you were to go and buy a fishing rod today, there’s a very good chance that it’s built using at least some of our components. 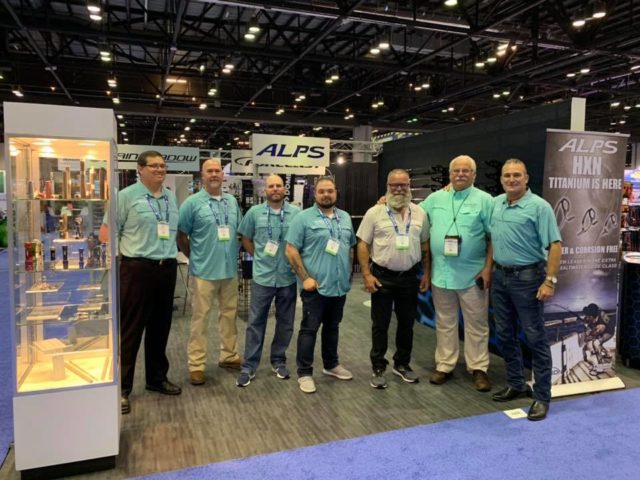 When it comes to our Rainshadow line of rod blanks, one of our goals is to produce a line of products that covers everyone’s fishing needs and budget. When it comes to blanks, we have production facilities both domestically and overseas. This allows us to provide rods for those who are price point sensitive as well as those who don’t mind spending a little more to buy a product proudly stamped, “Made in the USA”. Regardless of where production occurs, our rigorous quality control and product testing ensure that whenever you buy from Batson, you’re getting the best products on the market. 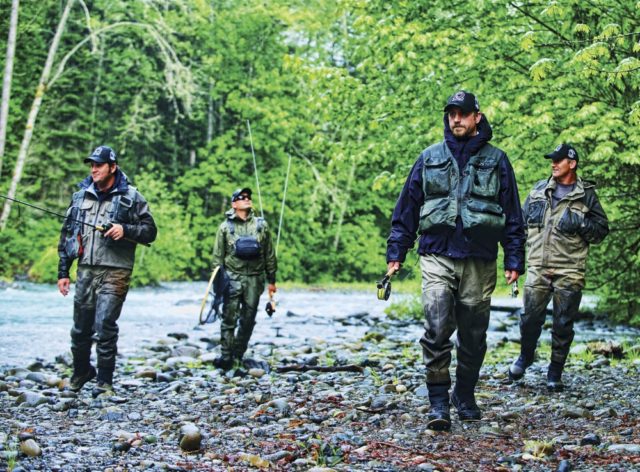 When my father started this company, he did it with his family in mind. He told us right off the bat that this company isn’t being started to build up and sell, it’s being built to be kept in the family for generations to come.  Based on this, every business decision we make revolves around doing what’s best for the long-term success of the company. It’s my belief that success starts with paying attention to what’s going on in the industry and making adjustments that allow us to meet our customer’s current needs. Be it making a line of heavy rail rods to fish flying fish for bluefin tuna in Southern California, or telescopic bass rods to take advantage of BASS tournament rule changes, if the need arises, our team will design and build a rod that will get the job done.”

Check out the Batson website to learn about their many quality rod building products and blanks.  You can also read more Batson articles on BD.