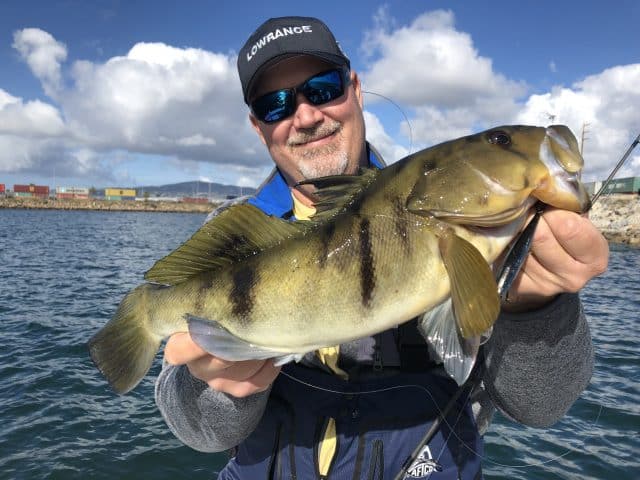 As seems to be the theme this year, its been another week of mostly lousy fishing weather across Southern California. The good news is that the fish have been biting during the weather windows and we’ve got a four to five day stretch of offshore conditions before the next storm is supposed to roll in midweek. Windy conditions over the last few days have made for scarce fishing reports, but I’m guessing that little enough will have changed this week that the fish will be biting right where we left them before the last storm. 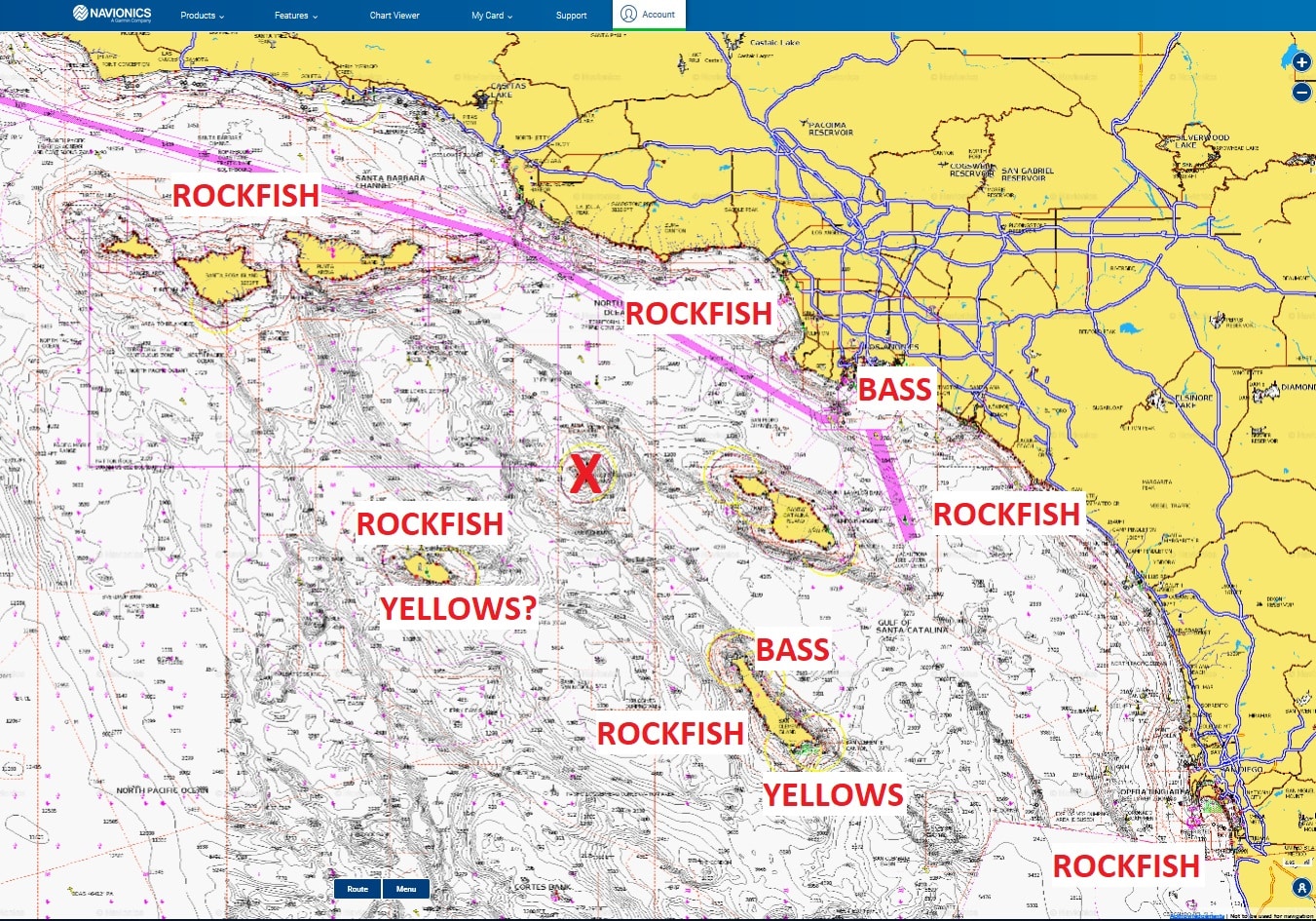 As you can see, rockfish is again the star of this week’s Navionics Chart, and while I didn’t rate the fishing in individual areas like I did in last week’s report, some spots are still better than others. If you don’t mind fishing deep, your best bet to score a limit of large rockfish this weekend is going to be a full day or overnight trip to the Channel Islands. If you don’t want to fish deep or like catching rockfish on artificial lures, I’d jump on a trip to San Nicholas Island. While you might get a shot at catching a yellowtail at Nic, you’ll have a much better shot on a trip to San Clemente, the only downside is that you’re likely to be fishing deep again. While the rockfish are biting along the coast, it’s mostly smaller fish and always going to be deep. While I’m not going to be fishing rockfish this weekend, if I were I wouldn’t be running to the dirt clod because now that it tricked me into wanting to return, I’d imagine that it will be no carrot and all stick going forward. 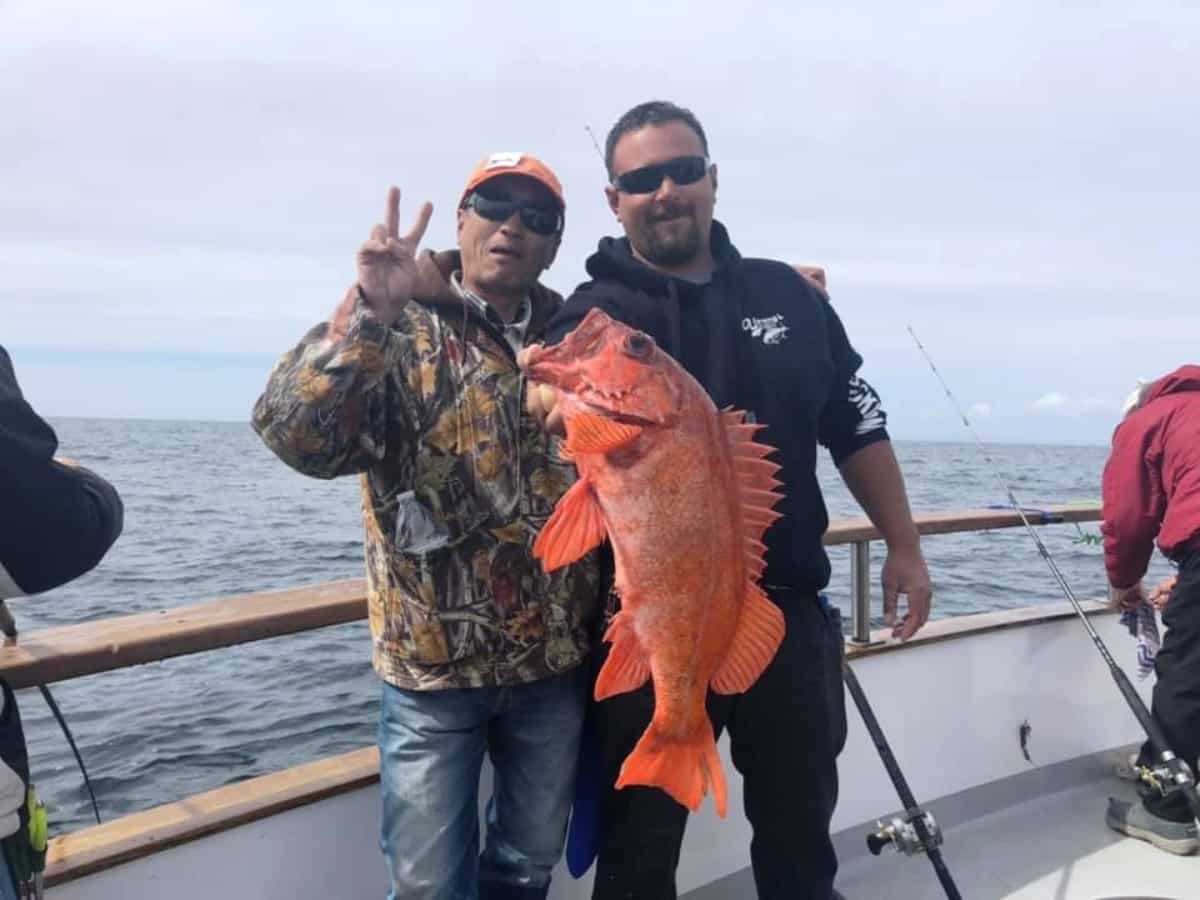 There has been a decent bass bite along the coast this week for the guys that have been getting out. I fished Long Beach harbor on Saturday morning before the Fred Hall show with Matt and my friend Scott who was out from Florida for the show. It was pretty windy in the morning, so I stayed at the helm to keep the boat in position while Matt and Scott fished hardbaits along the rip rap. The fishing was good, for Scott anyway, and we caught around 20 mixed calicos and sand bass to four pounds in a couple of hours. With offshore conditions in the forecast this weekend, I’d imagine some of the bass guys are going to be making the run to San Clemente Island and I’d imagine the bass will be biting when they get there. 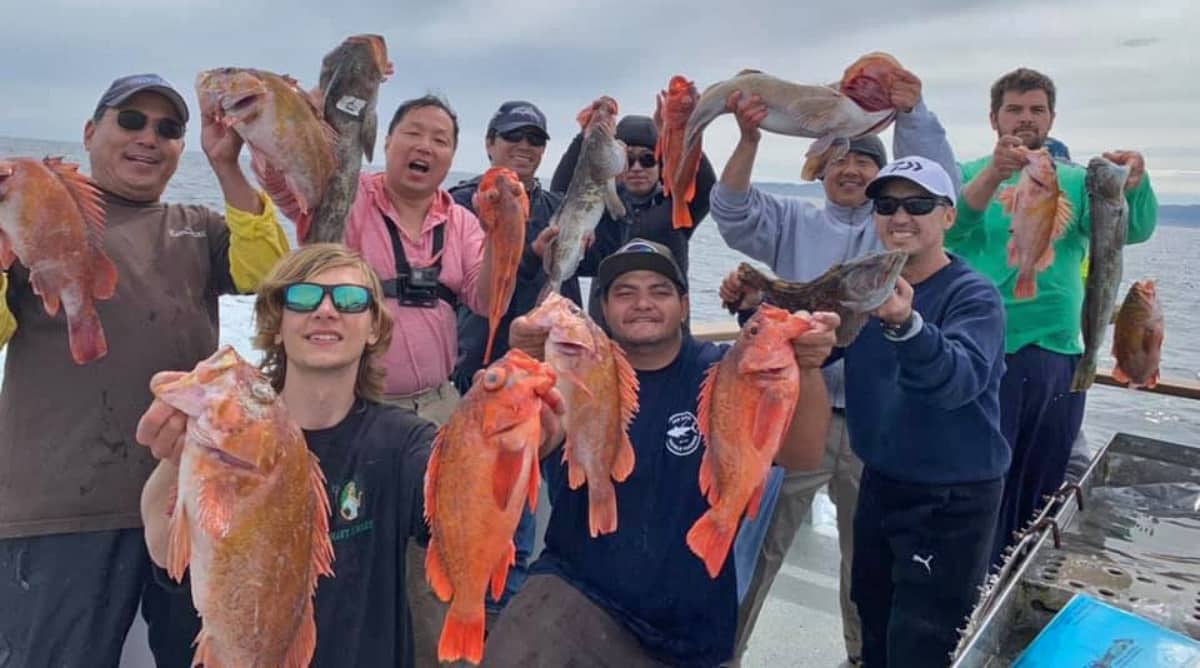 The San Diego based 3/4-day boats are starting to run again and have been looking for yellows around the Coronado Islands. It’s been no dice so far but they could show up and bite at any time and there are plenty of rockfish to be caught in their absence. There are several 1 1/2-day trips online to make the run down south to fish yellows and rockfish and the weather looks great for those trips. Like I said before, there’s more rain on the way, so get out there and go fishing this weekend!