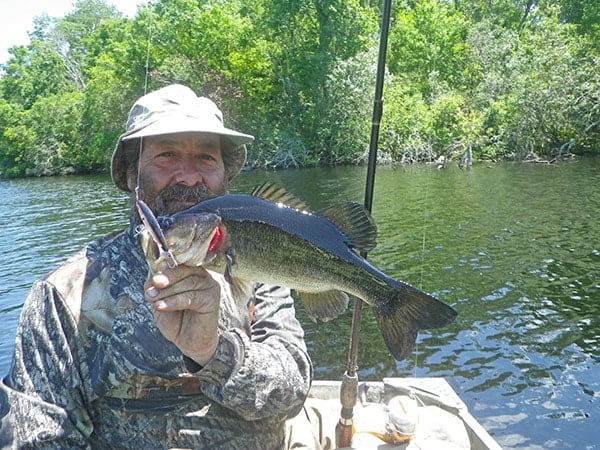 Florida fishing, where else in the world can you leave a port pretty much anywhere in the State and go catch a blue marlin, cast a fly at a bonefish, legally gig a flounder, or turn inland and set bush hooks for huge catfish, use a cane pole and catch bluegill, world class large mouth bass, and massive crappie.

For so much of my life I looked at fishing as if; if it didn’t have a bill, it was just bait. But living in Florida, my eyes have been opened to so many wonderful new experiences and I take full advantage of what we have in our backyards. 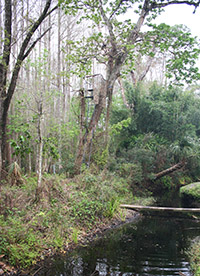 I always seek out the local experts when I am drawn to a new fishery, be it either a guide or a new friend.

I’m a fisherman and I talk fish to everyone. My bass guy is my kinda Floridian, he has a food plot, deer feeder, and a stand hung in his back yard, he traps an endless supply of largemouth bass bait and has taught me a lot about the swamps and lakes in this part of Florida. 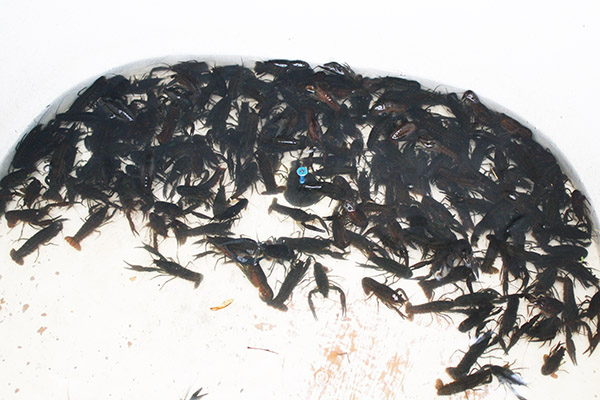 Jeff’s game is bass and crappie fishing and he is very passionate about it and most importantly willing to share his knowledge about catching fish.

New Port Richey, Florida, is on the outskirts of Tampa Bay, a part of Florida where you can still whack and stack deer and hogs legally on your own property, or pull a kayak loaded down with fishing gear to a back country or should I say swamp bass lake, but still be able to jump in your truck and drive an hour to watch the Bucs get beat.

I am new to this area and am still learning the outdoors here, but this last adventure, let’s just say you better be in shape and not the timid sort. 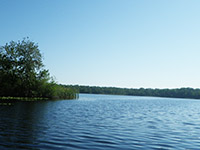 Years ago Jeff pulled an old aluminum row boat a couple of miles though a local area swamp to a tucked away lake; no roads or houses, just swamp land in all directions. Towing that boat out there by himself was the hard part. I have been out there three times now with Jeff, so on the morning of that third trip I had a pretty good idea of what we had ahead. I knew I was going to be wearing my breathable waders, towing a kayak with 2 truck batteries, an electric trolling motor, cooler with beer and ice (and if enough room something to eat), fishing gear, camera equipment, and firearms. The water could be up to my waist or non-existent, just mud, it is under two miles to the lake but it’ll take us about three hours each way, easy money.

I packed my stuff the night before, laying gear out in the Florida room. I knew what ever I took was only what was needed, and weight always a factor. A 357 over a shotgun, the small Sony stuff over the Canon Rebel, all bass gear into one container, GPS, naw won’t need it, Jeff knows that swamp like the back of his hand. We’ll come back to this decision later. I put everything into watertight bags on the front seat of the truck, a lightweight Penn Battle, with 8lb test power pro. I’m packed and ready to sneak around the gators and cottonmouths and catch some bucket mouths. 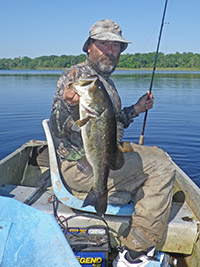 Google Earth is the coolest thing for an outdoorsman in the never ending search for hunting and fishing spots, so finding an adventure like the one I’m going to tell you about is a pretty easy thing, should you do it? Of course just always take a hand held GPS, or a smart phone with a Google earth app, yeah, there’s that GPS mentioned again.

The next morning we unload the kayak before daylight at our starting point and load her to the gills with stuff. I grab some last minute things from my front seat and toss my phone on the floor along with my wallet; I won’t be spending any money or making phone calls where I’m going. 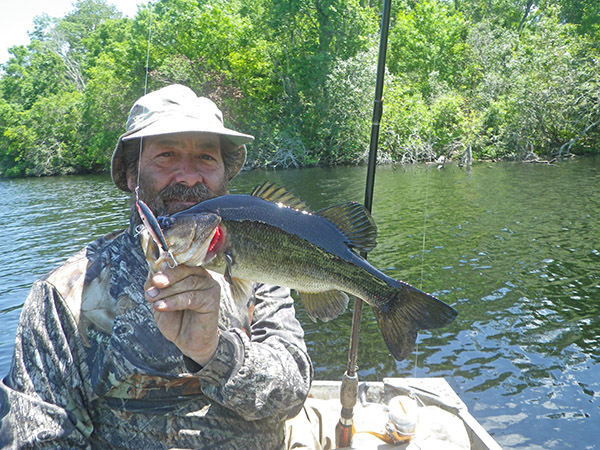 The walk in was pretty uneventful; no snakes, gators, a few spiders and skitters, the water level was up about a foot, so we didn’t have to drag the kayak though the mud too much. The lake was beautiful and still on this morning, with the sun warming the surface, the male gators were grunting away seeking some tail, and after making sure no one was living under the boat we were soon on the water trolling a couple small rapalas and unhooking bass. The two and half hour hike in was now the furthest thing from either of our minds as we just crushed the largemouth, until about 2:00 pm, when I said we better get started back.

We were loaded and on our way by 3:00 pm, which should put us home in time for dinner, and I’d be just about ravenous by then. About ten minutes down the trail, Jeff stopped and started looking around, I was thinking he heard some hogs or something, yeah right, he was wondering where the hell he was? 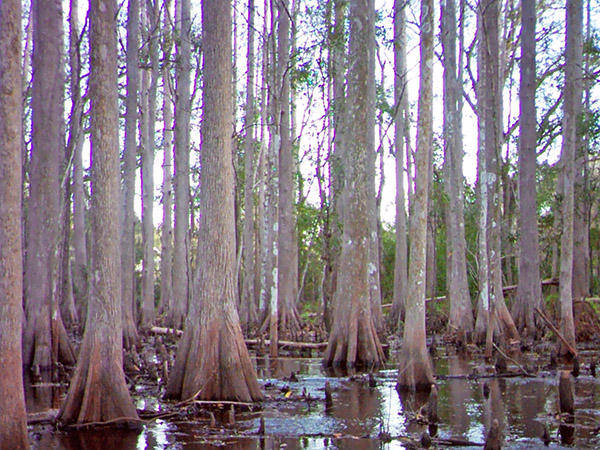 We gotta go this way more he says and off we go again, for another five minutes when he pulls up again; I’m now reaching for my gear bag to get the hand held out when in dawns on me that I… my next thought was to unload my gun so I didn’t shoot Jeff if he gets me lost back here. We were now in a cypress knee mine field and totally turned around, my GPS that goes everywhere with me is at the house, my smart phone with Google Earth is on the front seat, I sat on the edge of the kayak and cracked a beer, as I sent Jeff off looking for some kinda land mark, the lake, bloody anything. We would call back and forth every minute or so, just to make sure he didn’t get lost again!

I looked in the cooler Jeff had two Bud Lights left, I just had my last Heineken, I drank Jeff’s Bud. He would come back in about fifteen minutes dead sure of which way we had to go, this foolishness went on until 5:00 pm, we ain’t got a bloody clue where we are but we have found an orange tape marked trail, where it would take us we didn’t give a damn, it would be dark in two hours, then I started thinking about all those alligators I heard grunting away, if his trail took me back to that damn lake, I reloaded my gun, might have to shoot this guy after all, no I mean for gator protection.

We came out in someone’s back yard, it was his marked trail to a deer stand, I was headed to the guys back door when Jeff grabbed my arm, probably not a good idea to go up to someone’s back door coming out of a swamp, point taken… The important thing was Jeff knew the house and where we were in relation to the truck, ten minutes later we were back at my Nissan, and Jeff was still alive.