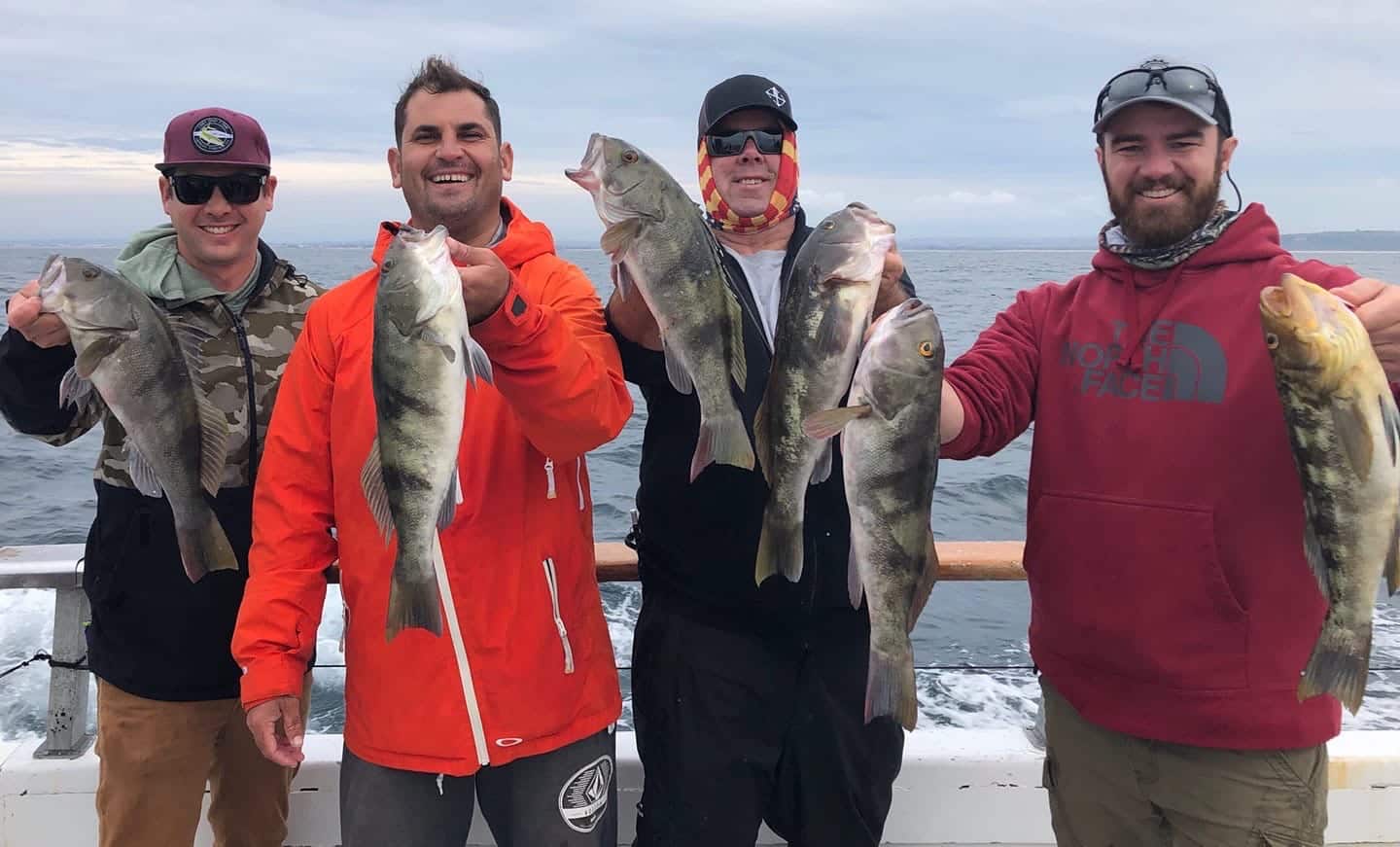 At the risk of sounding like a broken record, it’s been another steady but unremarkable week of SoCal fishing. With rockfish closed in California waters, and the bluefin tuna, yellowtail and white seabass nowhere to be seen, bass and sculpin are pretty much the only game in town. Sport boats from Santa Monica to San Diego have been catching fish on lead heads and either live, fresh-dead or frozen squid and the fishing ranks best to worst depending on which of those three states the squid is in on the boat.

The one standout report I saw this week came aboard a 3/4-day trip aboard the Gentleman out of Channel Islands Sportfishing with a report of good fishing along the coast for calico bass. The interesting thing was that the boat reported catching fish on sardines as well as hardbaits, which means that the bass were up chasing bait near the surface. While this doesn’t come as a very big surprise to me as a bass fisherman, it might be a good lesson to those of you who are spending all of your time bottom fishing on your own boat during the winter. Bass don’t just sulk on the bottom when the water gets cold. As long as the water temperature is stable the fish will feed throughout the column just like they do the rest of the year. So next time you’re out you may want to try fishing bass the same way you do during the summer, you might just find out they bite the same way. 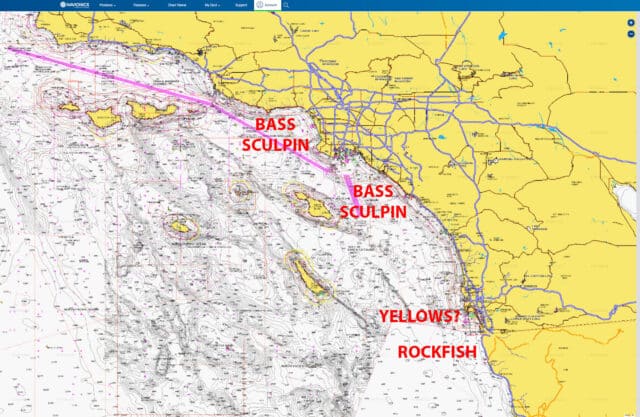 So little has changed in the overall fishing outlook this week that I just reused last week’s map. Aside from the bass and sculpin along the coast, there’s been very little fishing coverage at our local islands and from what I’ve heard the guys that are making the run aren’t setting the world on fire. Sounds like there’s still plenty of squid at Clemente but nothing to go with it. There are a few bonito biting at Catalina and I’m sure you could catch some calicos at both islands right now but that’s about it. 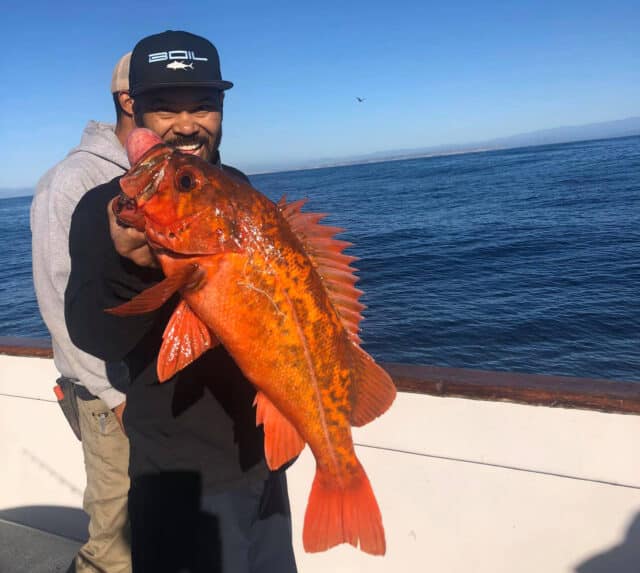 Trips south of the border continue to be the only bet for rockfish right now and it sounds like the bite from the 9 to below the Coronado Islands is pretty good. There are boats with extended 1/2-day and full-day trips online if you don’t want to deal with the hassle of getting all of your permits in order to make the run on your own boat. There are still some yellows scattered around on the beach in San Diego but they aren’t really biting and there hasn’t been any sign of reinforcements around the Coronados. 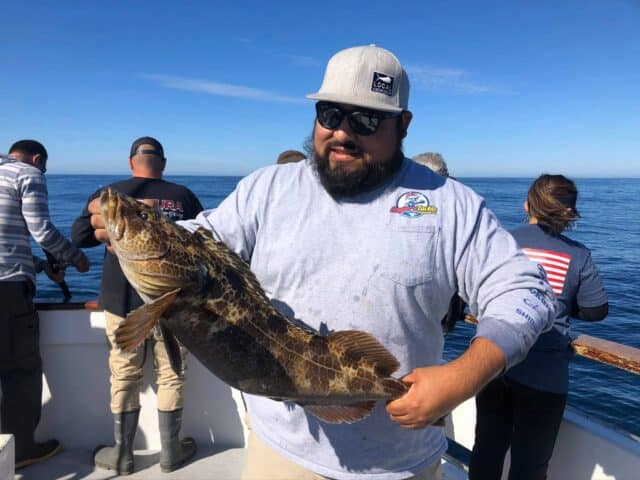 Your best bet at yellows and better grade of rockfish continues to be a 1 1/2-day trip to Colonet. Most of the boats that fished down there over the weekend blanked on yellows but a few were caught. The good news is that all of the boats were able to load up on some quality rockfish. Hopefully, the yellows decide to cooperate for the boats making the run down there this weekend. We’ve got good weather forecast across the bight for the weekend, so get out there and catch some fish!