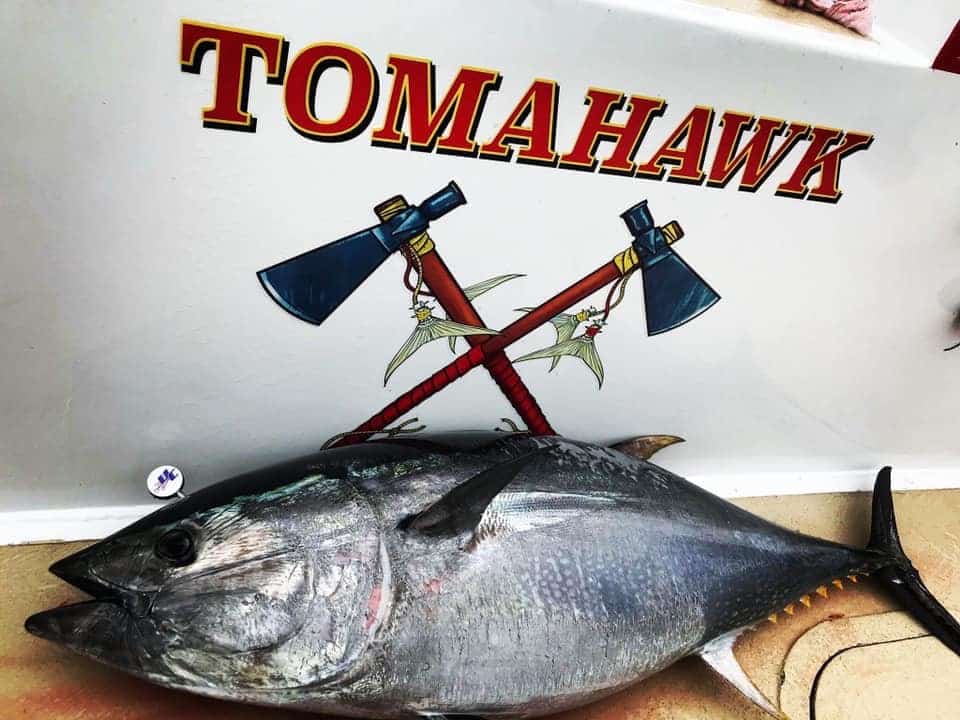 This is going to be one of those “good news and bad news” reports, so which do you want first? Since I’m a glass-half-full guy, I’m going to start with the good news and that’s that the new Three B’s (bass, bonito, and bluefin) are biting for SoCal anglers. In other good news, the first yellows of the season were recently caught at the Coronado Islands. In the not so good news, this is what Sunday’s weather forecast looks like. 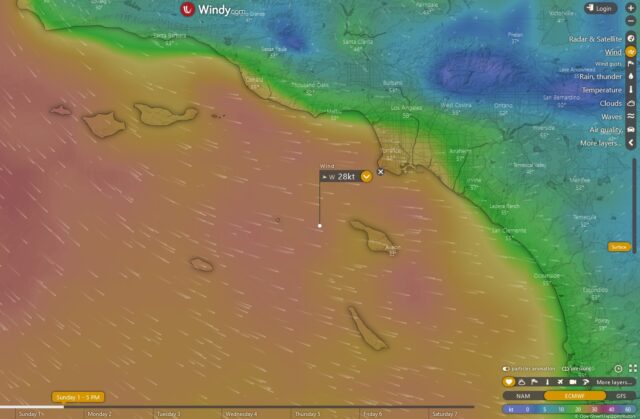 While the wind event is forecast to be short-lived, it’s going to stick around long enough to put a damper on anyone who was planning to fish the rockfish opener. The wind is forecast to drop off by Tuesday, but it’s probably going to be Wednesday or Thursday before any of the sport boats make the run to San Nic or the northern Channel Islands. Good news for the rockfish guys is that conditions look good through next weekend, which is surprising because we usually get lousy weather during the Fred Hall Show which runs through next weekend. If I were to guess, the Fred Hall weather factor might come into play despite the good forecast, so make sure and check the weather before heading out next week. 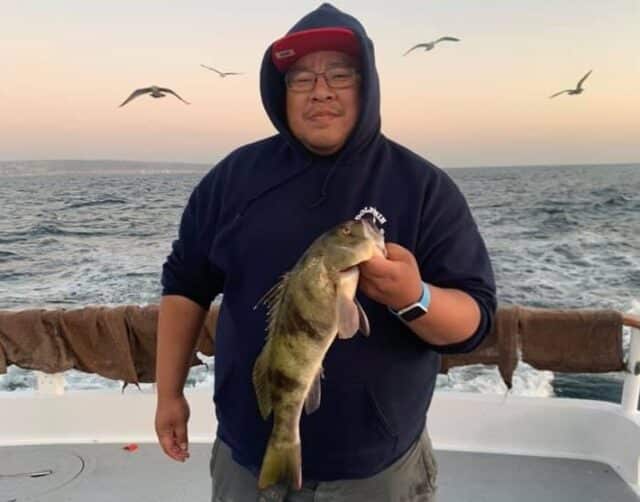 The weather is forecast to be nice on Saturday so you might want to get out and take advantage of the sand bass bite that’s happening along most of the coast. If you fish sport boats out of LA or Orange County landings, this is probably going to be your last shot to get in on it because the boats will most likely be switching over to rockfish after Sunday. The half-day boats in San Diego, like the Dolphin out of Fisherman’s Landing, aboard which John Ho caught this nice sand bass over the weekend, will continue to fish bass. The San Diego based half-day trips also offer a very outside chance at a yellowtail or bonito. In fact, the Dolphin found the bonito in a cooperative mood on Thursday morning and loaded up. 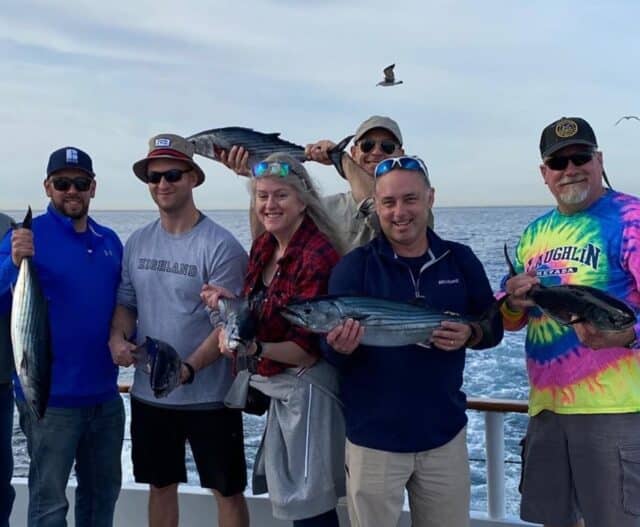 Speaking of San Diego, the boat San Diego out of Seaforth Landing is running their full day island trips and caught the first two yellowtail of the year on Wednesday. Captain Ryan Bostian reported seeing several small spots of yellowtail at the island and said that the fish were hooked on full-sized yo-yo jigs like a Salas 6X or Tady 4/0. 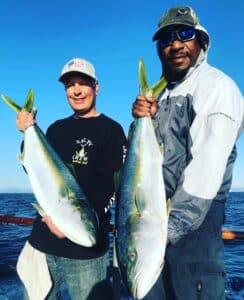 While two yellowtail might not sound like that big of a deal, it likely marks the beginning of the spring yellowtail season. This bite should last into early summer, but if the bluefin continue to show up on the local banks, the sport boats might only be fishing it for a short time.

Speaking of bluefin, there hasn’t been much talk about them this week except that the Tomahawk and Pacific Queen, both out of Fisherman’s Landing, caught a couple off Colonet over the weekend.

While both boats saw lots of fish, the bluefin did what bluefin often do for sport boats and that is to show a lot more than go. The lack of reports from that zone this week is due solely to the fact that no one is down there looking. The Tomahawk had a trip online Wednesday night to go have a look but I have no idea if they were able to rally enough warm bodies to get off the dock. The same holds true with the bluefin that were biting on the local banks and off the coast of Orange County, there just isn’t anyone out there looking for them and if there are guys out there they aren’t talking. I guarantee you that there are bluefin in our local waters scattered from Catalina to San Diego and assure you that while it might be a long shot, it certainly would not be a waste of time to run out and take a look on Saturday before the wind. That’s about it for this week. Good luck if you’re fishing on Saturday and see you at the Fred Hall Show next week!