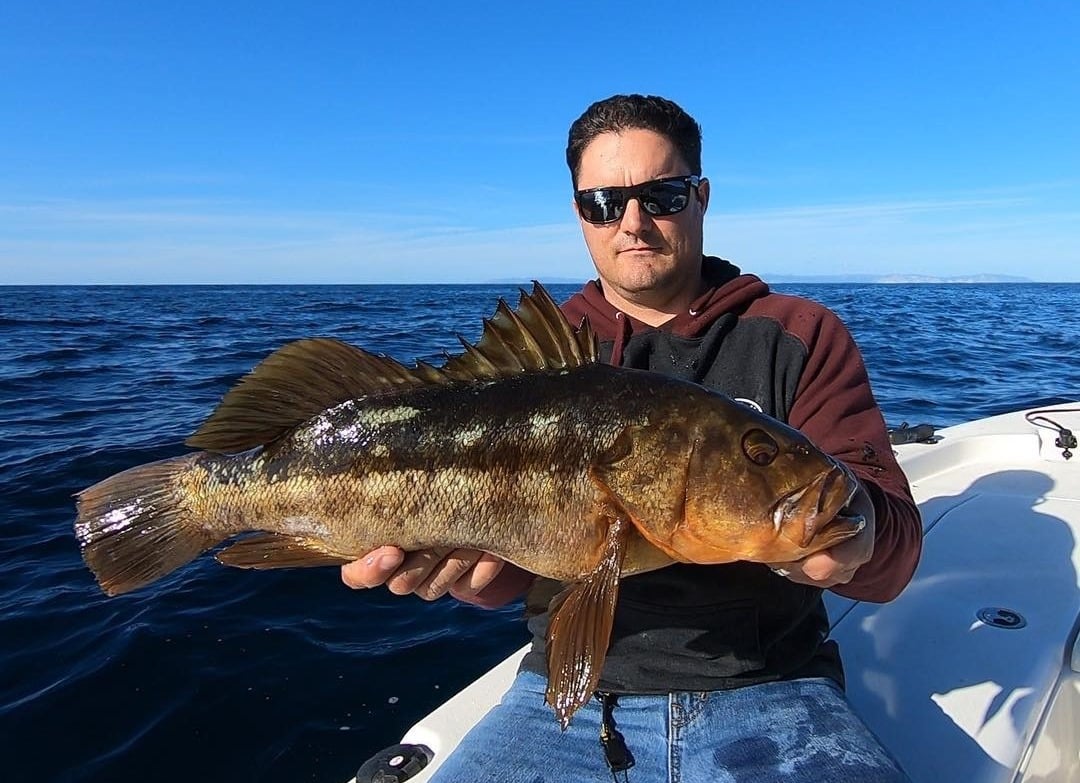 While this big San Clemente Island calico bass, caught by Jay Jones over the weekend, was definitely a stand out, there were enough bass caught whenever the weather permitted to convince me that if f it ever stops raining, I think  we’re going to see some good late winter fishing. That being said, it’s going to rain again on Saturday, so I doubt that this will be the beginning of the rebound. The good news is that we’ve got the rockfish opener to distract us while we dream of steady surface action.

After looking at all the different weather sites and sources, it looks like this weekend’s rain should be a pretty quick hit for most of the Southern California Bight. The storm is coming in during the predawn hours on Saturday and should have pushed through by noon north of Orange County and by around 3:00 pm to the south of there. While I wouldn’t want to be on the water Saturday due to wind and rain, there aren’t any clearing winds in the forecast following the storm, so I’m keeping my fingers crossed that the weather will be decent in most areas on Sunday. Even the outer islands should at least be sport boat accessible, if not necessarily private boat friendly. 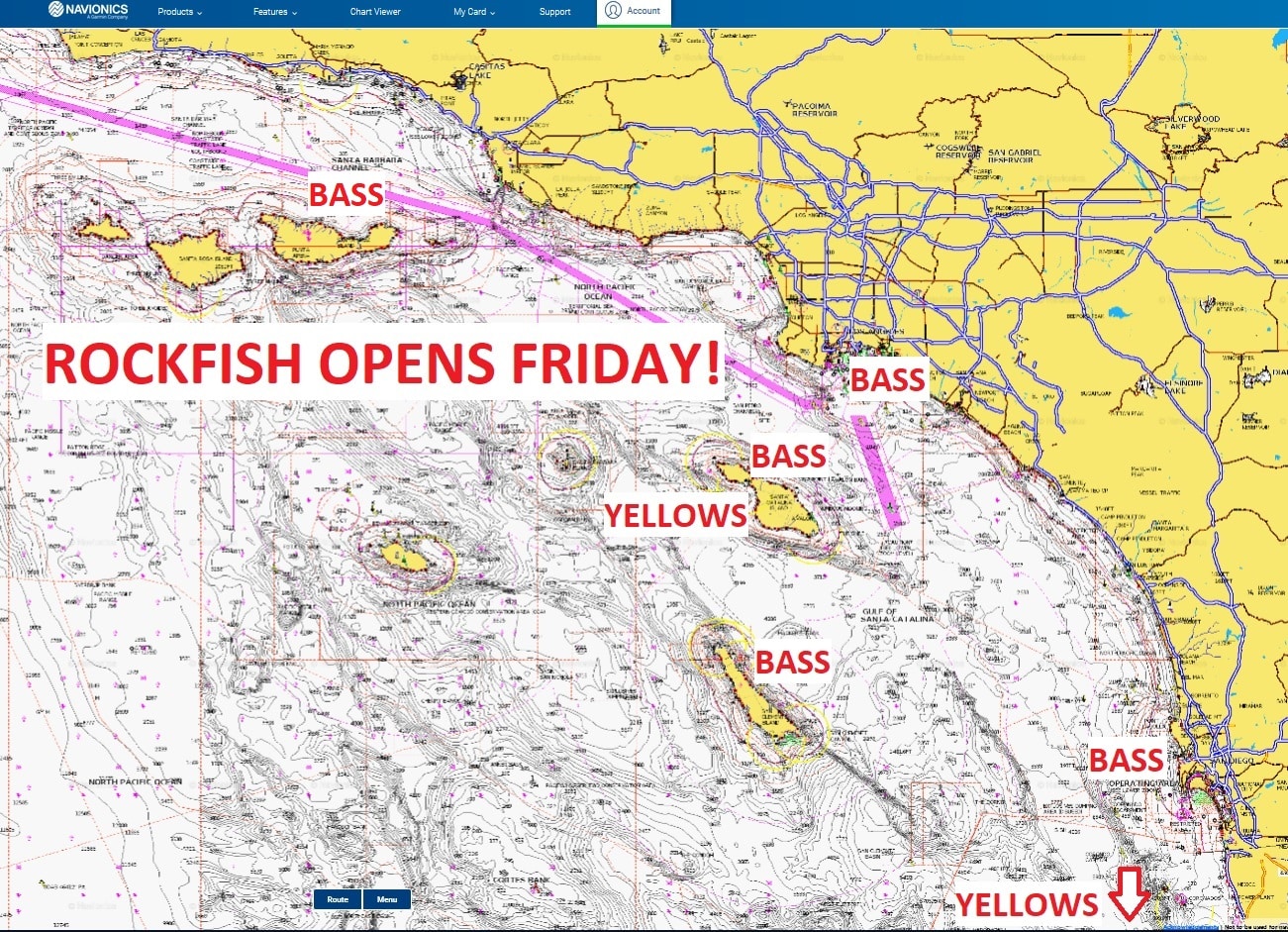 Let’s take a look at this week’s Navionics Chart and talk about what has been biting before we take a look at your rockfish opener options. Starting up north, I spoke to Captain Larry Heron of Calico Hunter Charters and he reported good weather but slow bass fishing at Santa Cruz Island but was able to make a day of it along with a stop along the coast for a few more calicos. While most of the attention at the Channel Islands is going to be focused on rockfish the next few months, it’s good to know that there are some biting bass there as well. My friend Bobby Martinez fished bass in the Santa Monica Bay over the weekend and reported good calico bass fishing on a variety of lures including crankbaits and hardbaits. 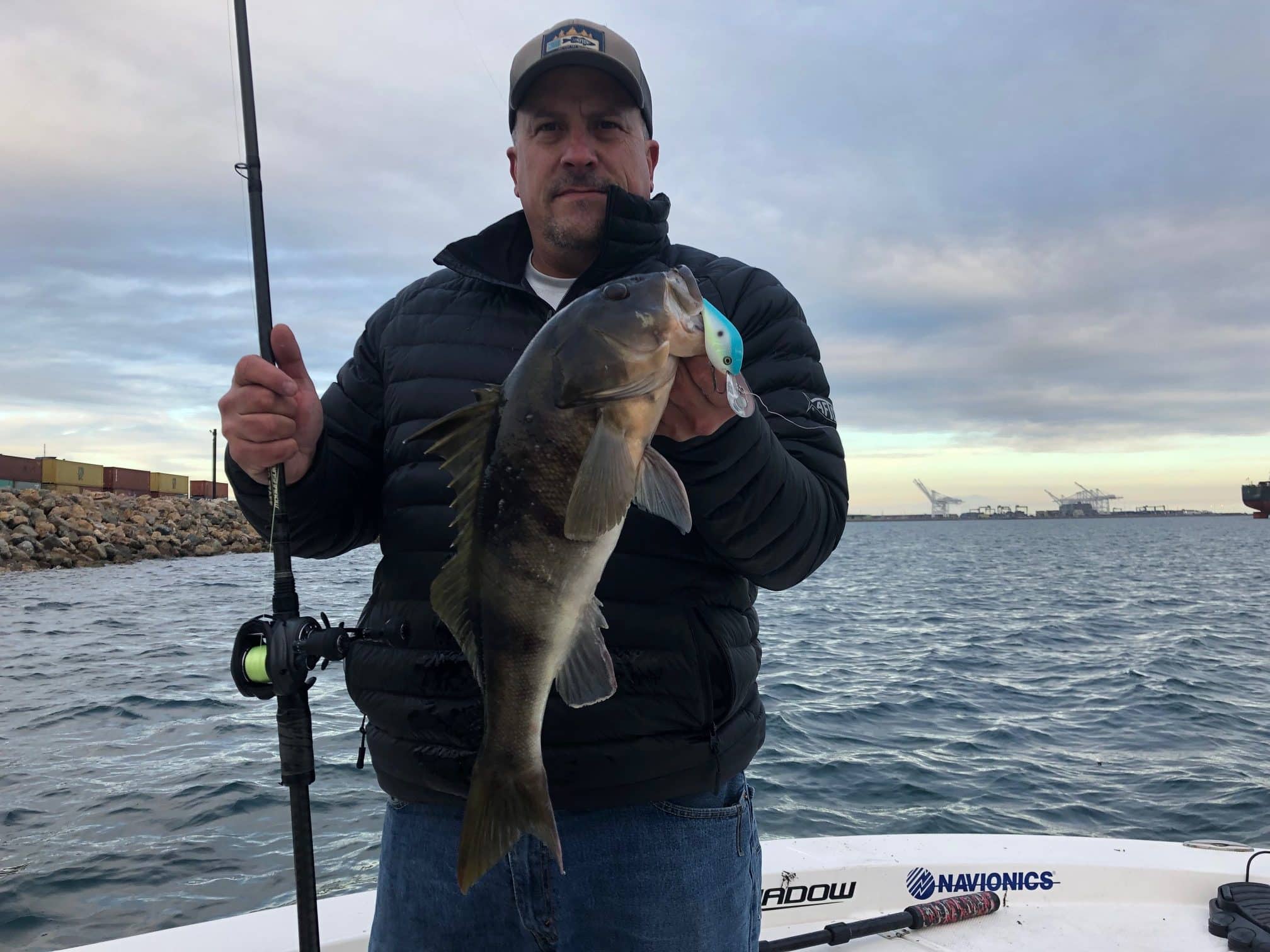 Speaking of crankbaits, Matt Kotch and I fished Long Beach harbor yesterday afternoon and found an excellent crankbait bite along the long stretches of rip rap lining the harbor. We only fished for a couple hours but managed a mix of twenty plus calicos and sand bass. The harbor and break wall are also biting well at night. Earlier this week, Garrett Tracanna fished the wall, with Tyler Burnett, on Dave Valadez‘s boat and the trio experienced excellent fishing for big bass on conventional tackle as well as on the fly. Highlight of the night was Garrett’s 7-pound fish caught on the fly. 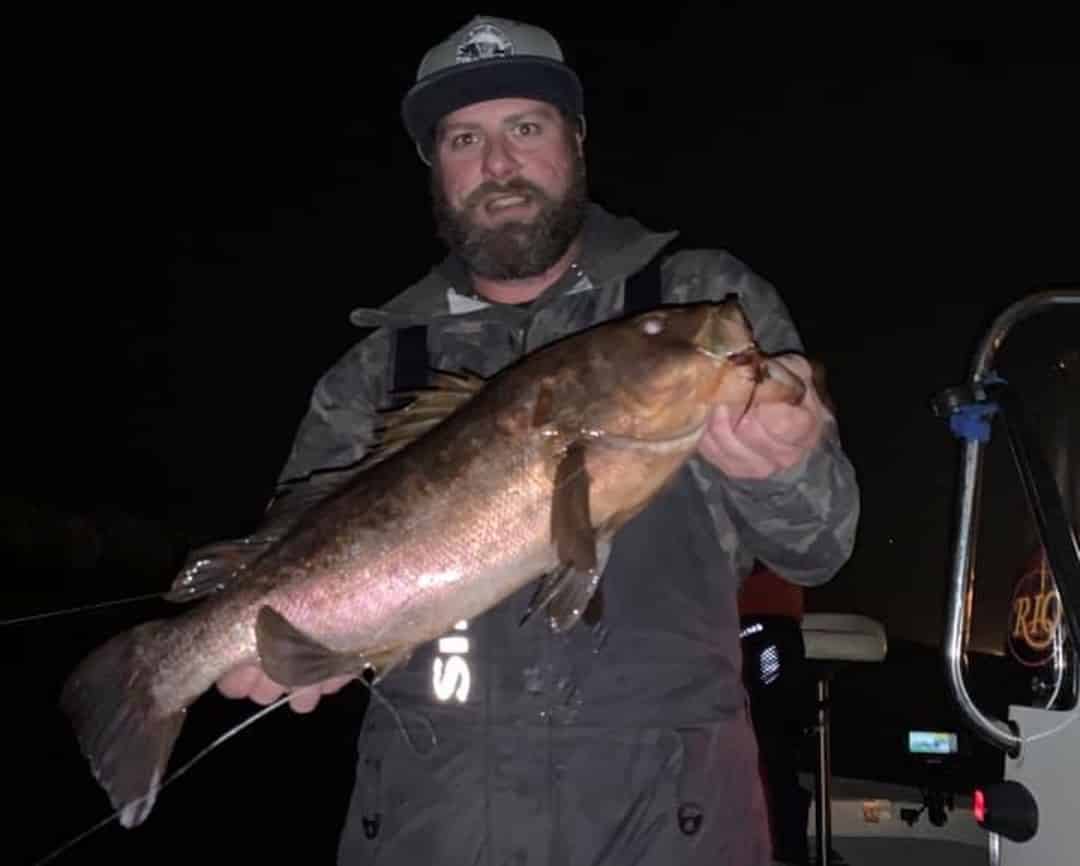 In other news, the yellows are still biting for the 1 1/2-day trips making the run down to Colonet. There are also a few fish biting on live squid at Catalina Island and the Pursuit out of 22nd Street Landing caught nine of them on Wednesday’s trip. I’m sure that we’re going to find out that the yellows are biting in other places, like San Clemente or San Nicholas Islands, once the rockfish trips get off the dock this weekend. I know it’s probably a huge mistake, as usual, but I’m once again going to go against my better judgement and make the run to the dirt clod on Friday morning. The depth change from 120 to 240-feet in the Cowcod Conservation Area is opening up a lot of fishable water around the island so I’m going to give it a look. Please stand by for what will likely be a diatribe about how much I hate that stupid pile of rock, and what a waste of time it is, in next week’s report.

If you’re heading out rockfishing this weekend there are a few things to be aware of.

First, you can now fish deeper than before. In non CCA waters you’re allowed to fish up to 450-feet of water. In CCA waters you are now allowed to fish in 240-feet of water around islands. You are still not legally allowed to fish the Osborn Bank or the 14-mile Bank because, while within the depth limit, the regulations state that you have to fish within the 75 fathom line of the coast or island. I know it’s confusing and I’m not sure if the wardens even know how to enforce it, but it’s not really worth the risk. Also, you’re only allowed to keep 1 lingcod per angler now.  That’s it. Get out there and have a great weekend!