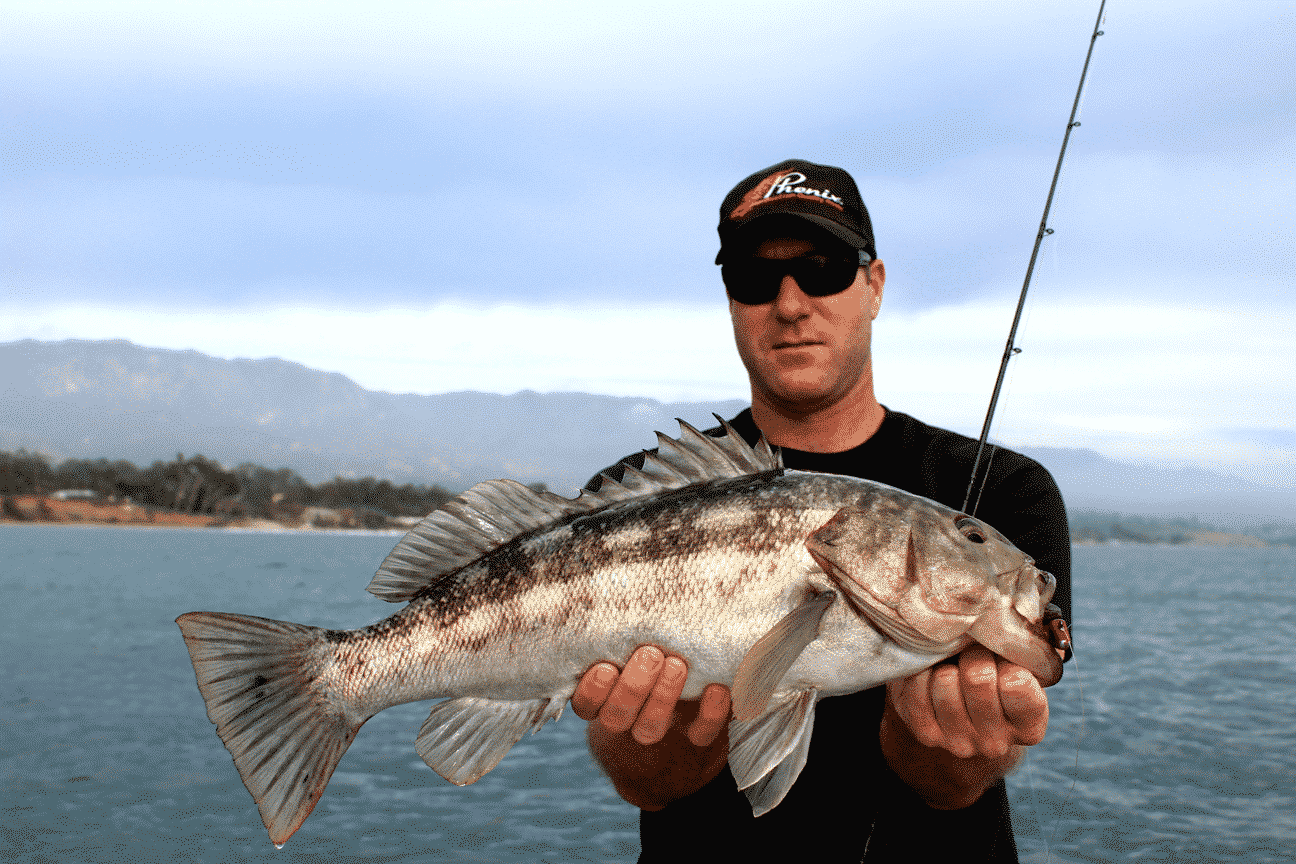 After some heavy rains early this month the weather has dried up in SoCal the last few weeks and the fishing has improved. I’m not sure if anyone actually knows why the forecast rain hasn’t come but I read an interesting article about El Nino online the other day. According to the author (a weather expert who’s name I can’t remember), the El Nino we are experiencing is so strong that it’s actually pushing the storm track north of Southern California. I’m not sure if he has any idea of what he’s talking about, but if he is correct, we can expect cooling water temperatures to bring that track back south in the next couple of weeks. Once (and if) that happens, it’s supposed to rain like hell; so you may want to get your fishing trips in while you can. The big news this week continues to be the yellowtail bite out of San Diego, but the biting area has shifted a bit. The 1 1/2-day trips to Colonet are still catching yellowtail, but the counts were down over the weekend. There are a lot of factors that could have affected those scores, but the most likely is that there were more boats down there and the fish count was spread around between them. There are plenty of quality rockfish biting down there as well, so I wouldn’t hesitate to jump on one of these trips if you’re looking for something to do this weekend.

Closer to home, the yellowtail are biting at the Coronado Islands. From this week’s reports it sounds like the fish are different sizes depending on which school you happen to find. Late last week, the Pacific Voyager out of Seaforth Landing had a good score of big yellows on their 3/4-day trip. The boat continued to catch fish over the weekend, but most of the fish were 6 to 10-pounders.

Things have been changing day to day, so if you head out expecting to catch small ones you might be pleasantly surprised if you’re lucky enough to stumble onto a school of big fish. There’s not much happening on the yellowtail or white seabass front anywhere north of the border. Catalina Island has been kicking out the occasional score of smaller yellowtail for the guys fishing the backside of the island but there’s not much to go with them since rockfish is closed. The Redondo Special out of Redondo Sportfishing seems to be continuing their one jumbo seabass a trip routine, but I haven’t heard much else out of the Santa Monica Bay. Most of the private boaters that have been out lately have been targeting bass and the fishing has been pretty good. My friend Chris Lilis fished out of Long Beach on Wednesday and did well on a mix of calicos and sand bass while fishing Alabama rigs and swimbaits. The bite in the kelp off PV remains on the slow side, but every day we get with good weather and no giant swell will move that area one step closer to biting again. As I mentioned last week, the bass are biting up north as well. I spoke with Captain Nick Tharp of El Tiburon Sportfishing and he reported good fishing for quality calicos and sand bass along the Santa Barbara coast over the weekend. All of his fish came from low relief hard bottom areas and small isolated rocks in 20 to 60-feet of water. The hot baits were brown and orange 5-inch Big Hammer swimbaits on 1-ounce leadheads and Revenge swim jigs with Damiki Knockout trailers fished low and slow. Captain Nick will be running bass trips until the rockfish opener so hit him up through his website if you’re interested in going fishing.