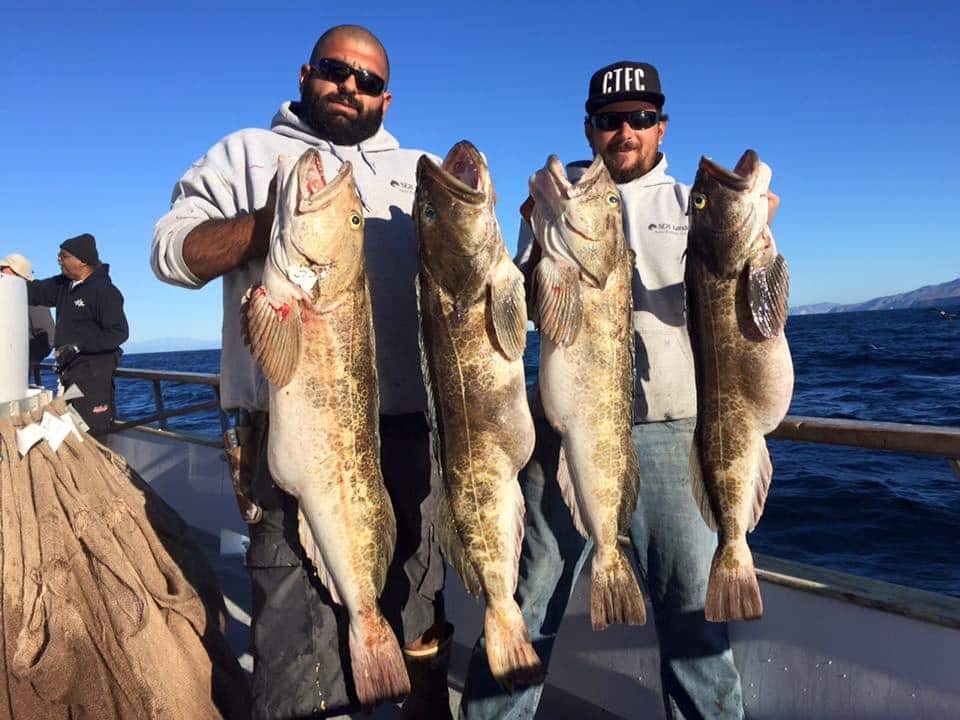 The weather forecasters got it right over the weekend as Friday and Sunday were both windy days. They were also correct in predicting that we were forecast for a cold week. The good news is that the fish are biting despite the wind and cold. The bad news is that your fishing options are somewhat more limited than they were a couple weeks ago. The rockfish bite in Ventura and Santa Barbara Counties has been excellent this week. The Coral Sea out of Santa Barbara had limits of big lingcod and lots of quality rockfish on Tuesday’s 3/4 day trip. They’ve got trips online for the weekend, so check out their website for more details. Channel Islands Sportfishing also has 3/4 day, full and overnight trips scheduled for the weekend.

If you’ve been wanting to catch some rockfish, I recommend getting on a trip soon, because the fishery closes on December 31st. The rockfish are also biting in the Santa Monica Bay, and boats are getting a few yellowtail as well. The Redondo Special out of Redondo Sportfishing seems to have the hot hand right now as they’ve been getting a handful or more of yellows each day. Their best score of the week was 12 fish, but they’ve been losing quite a few as well, so the action is better than the report indicates.

The 3/4 day fleet out of San Pedro and Long Beach has been focusing on rockfish along the coast and at Catalina Island. The fish have been biting but they’re not getting the quality that the guys in Ventura are and they’re not getting shots at yellows like the guys in the bay. So, if I were doing a rockfish trip this weekend, I’d probably go with one of the first two options. The weekend’s wind didn’t beat up the water on the beach too bad and the bass are still biting. I fished the breakwall tournament, that I mentioned in last week’s column, on Saturday night and had good fishing. The swell was pretty big but the water was still 64-65 degrees and we ended up with around 30 calicos for the night. Our biggest three totaled 10.99 pounds and was enough to win the event.

The bass are biting during the day as well. Chris Lilis fished Palos Verdes on Wednesday morning and he and his friends experienced excellent calico fishing. Many of their fish came on the surface iron, so that tells you the bass are active and biting high in the column. Other than private boaters fishing spotties, there weren’t a lot of reports coming out of Orange or San Diego counties this week. The few sportboats that did run mostly reported rockfish, but the Wednesday morning 1/2 day on the Sea Watch out of Seaforth Landing did get 4 yellows, so that may be a sign of good things to come. There’s been no real news from the offshore scene, other than a few scattered skipjack, but I’m sure there will be boats out looking this weekend, so I recommend checking fishdope over the weekend.