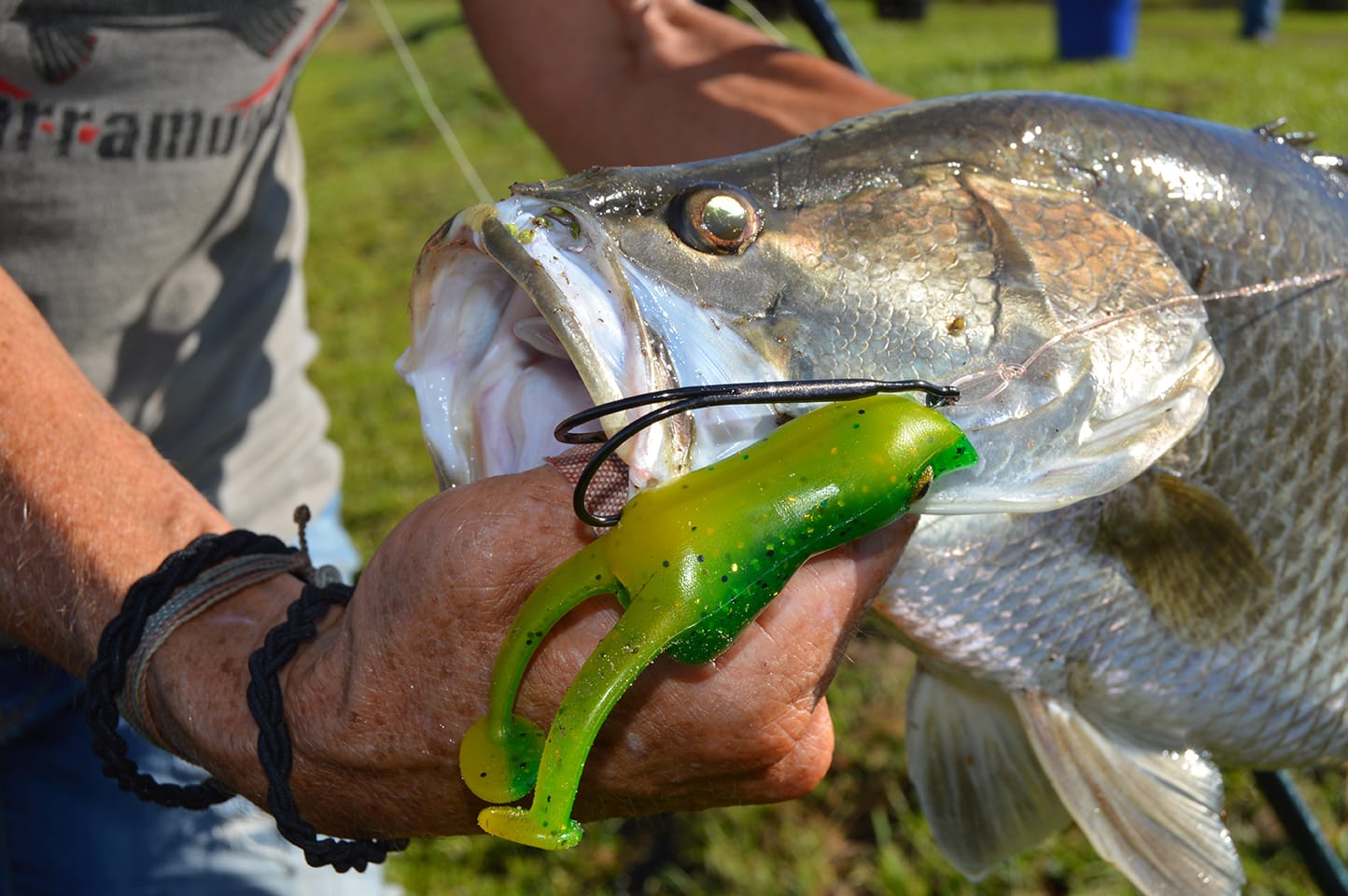 From The Land Down Under

From beneath the matted grass an explosion of water engulfs Kim’s Poppin Toad just seconds after it touches down. “That’s a stud!” says husband Byron, as her rod bows to the wake of water streaking away from shore. After several tarpon-esque jumps and a few drag squeals she manages to land the powerful slate-colored fish resembling a cross between a tripletail and snook.  Welcome to barramundi fishing!  “That’s about an eight-pound barramundi,” says Byron, as she proudly holds it up for a photo. A unique gamefish like none I’ve ever encountered in Florida, the ferocious inhabitants of the Hennecy’s “Fish the Pit” Adventures in Osceola County are a must experience to believe. 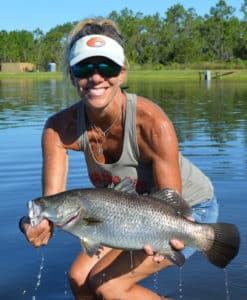 Native to Australia, these super exotics possess several characteristics of North America’s most sought-after sportfish. With a ravenous appetite likened to a post spawn bass coupled with the power of a snook, they take to the air like mini tarpon once hooked; and best of all you no longer need an airline ticket to Sydney to catch one. Located in Central Florida, tucked away off a quiet dirt road this small Florida fish farm has the unique distinction of being the only licensed barramundi fishing operation in the State. “We’re the only location in the northern and western hemispheres of the world where anglers can legally fish for barramundi,” explained Byron Hennecy, who owns Osceola Outback Adventures in St. Cloud Florida where anglers can “Fish the Pit” for these voracious predators. “We run a catch and release fish farm stocked with barramundi for market and commercial barramundi fishing and the property is licensed for the restricted species that’s regulated by the Florida Game and Fish Commission and Department of Agriculture.” 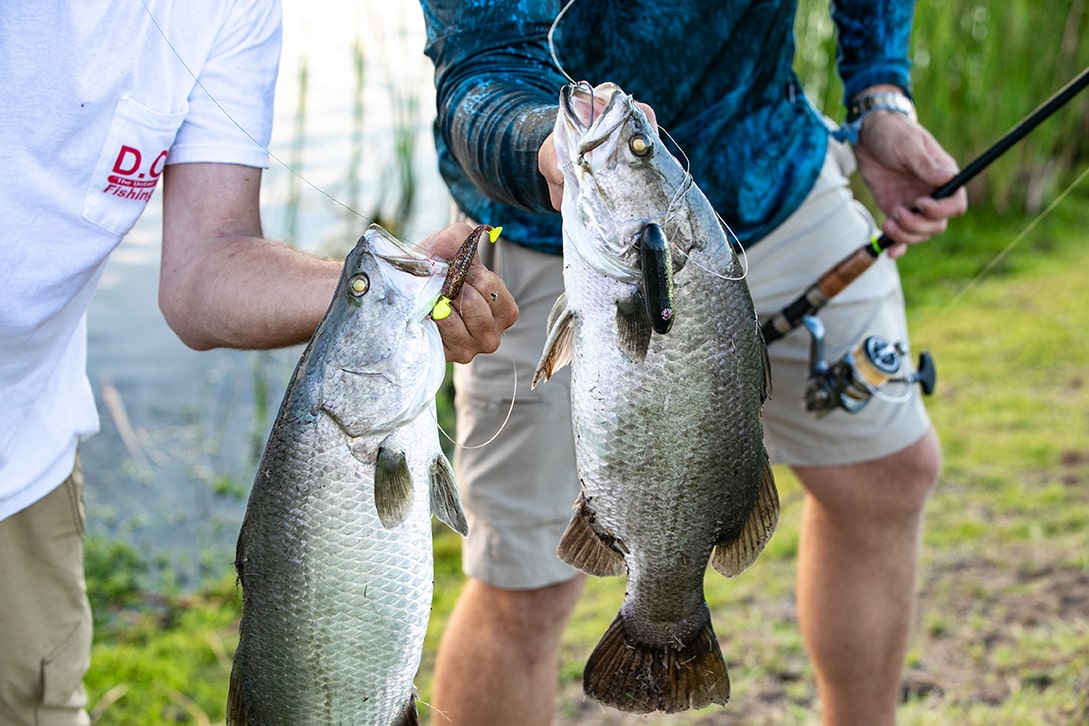 Similar to snook, barramundi are protandric hermaphrodites, which means by age four they undergo a gender bending metamorphosis that converts them all to females. In their native Australia they thrive in the warm billabongs of the outback making Florida’s warm tropical climate optimal for farming. Popular as food fish in Australia and throughout the Indo-Pacific region of the world, they’re also prized in the aquaculture industry for their ease of rearing and table fare quality. In the wild they reach weights of over a hundred pounds, but within the Florida impoundments, Hennecy estimates their maximum size at around fifty-pounds. 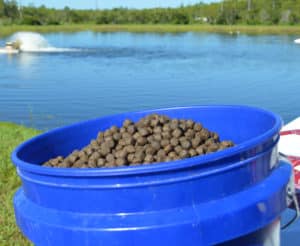 Enhanced on a daily intake of high protein feed, they grow at an accelerated rate without the use of outside forage. “Rearing them on dry feed without live baitfish ensures they receive optimum nutrition and continue striking artificial lures,” he said. So, what does that mean for visiting guests to the farm?

Charters are generally booked as half days of fishing, but during my visit I caught upwards of fifty fish in less than two hours leaving quite satisfied knowing I’d gotten more than my money’s worth. “I told you these fish were insane,” laughed Byron. “You can throw Gambler EZ swimmers, Stanley Top Toads, DOA’s, it doesn’t matter. There’s nothing they won’t beat the paint off of.” 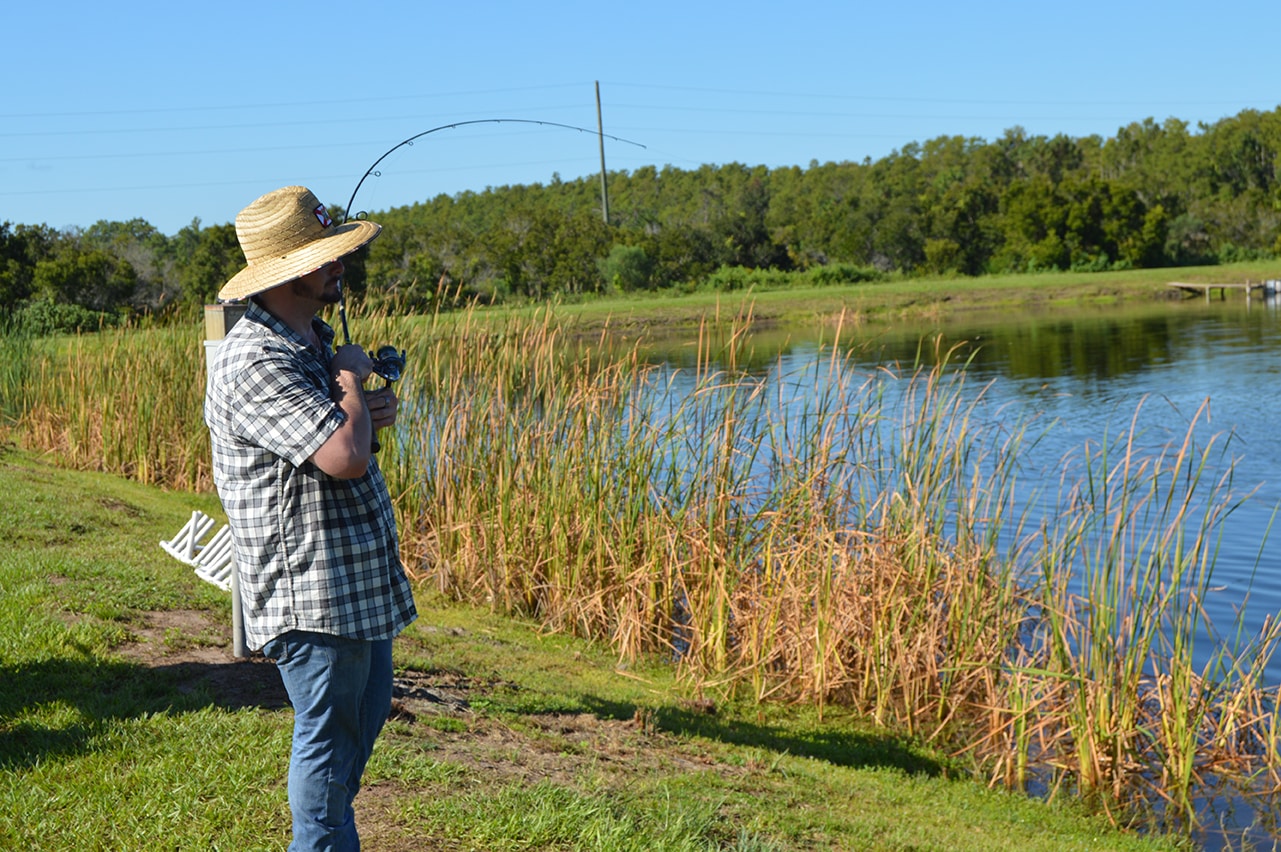 Guests are welcome to bring their own tackle or use what’s provided as part of the chartered service. “We typically outfit guests with a 7’6” Shimano Teramar Med Heavy Fast Action spinning rod matched with a 4000 series Stradic spooled with 30# PowerPro braided line that’s tipped with a two-foot section of 50# Platypus mono shock leader,” said Hennecy. “Barra have a mouth similar to snook with razor sharp gill plates, so make sure if you decide to bring your own gear to use minimum 50# mono or fluorocarbon leader.”  While these barramundi will strike most anything thrown at them, Hennecy doesn’t allow the use of treble hooks in his ponds and requires that barbs be pressed down on all hooks. “If you want to bring your own lures, please just make sure to change out your treble hooks with circle or J hooks or we can do it for you. This ensures the safe catch and release of the fish while barramundi fishing.”