From Jonathan Roldan, Tailhunter Sportfishing in La Paz, “We just had the best week of roosterfish fishing I have ever seen in 25 years here. Lots of roosterfish caught and released plus big pargo; marlin; larger dorado…just a crazy week of fishing.”
This seems to sum up the reports this week coming from all areas. 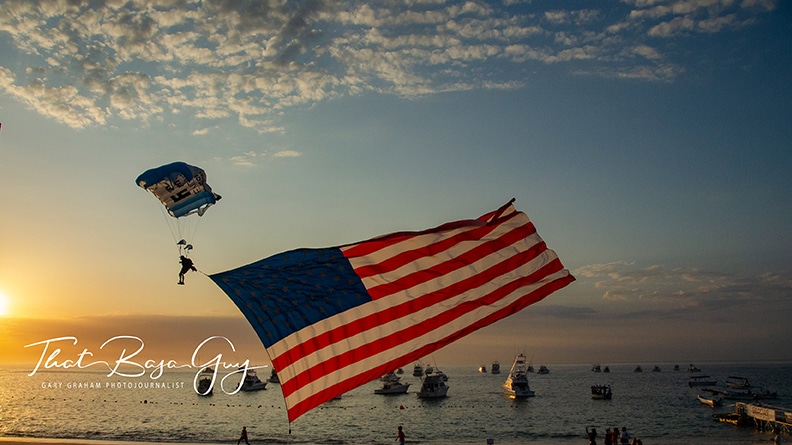 Tijuana Bull Ring
Good News!! The red tide appears to be gone now. Boats on the upper La Jolla area this morning were seeing a lot of anchovy and yellowtail breezers all over the place with big bird schools all over them!
Tons of dolphin, too. The entire area has come back to life!…fishdope.com 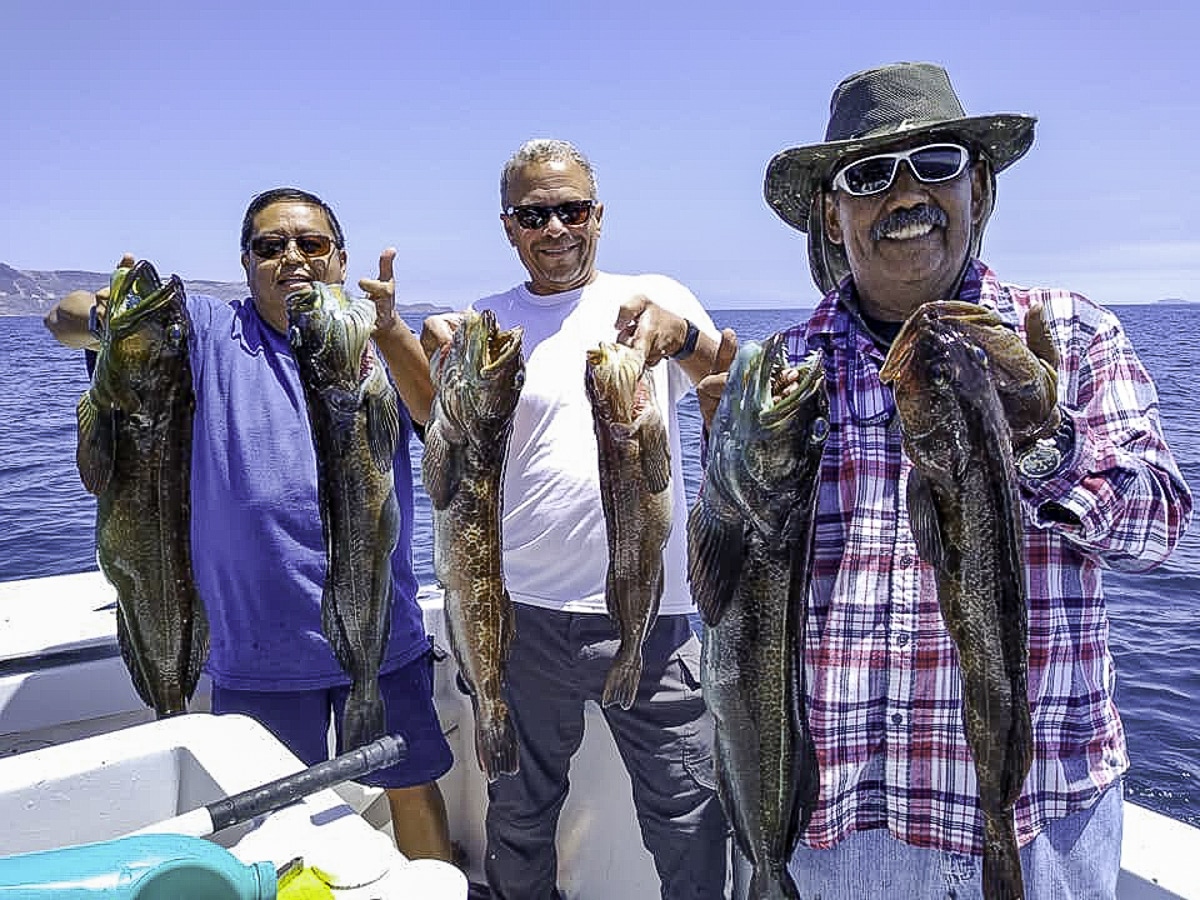 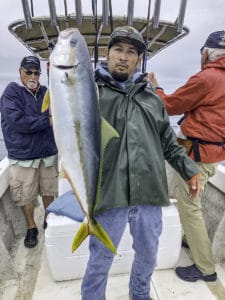 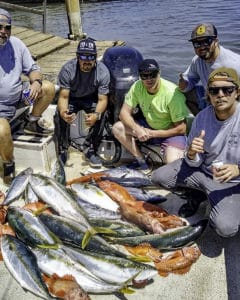 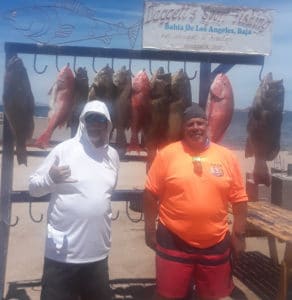 After a couple of drifts, Payaso hooked into something big. He managed to 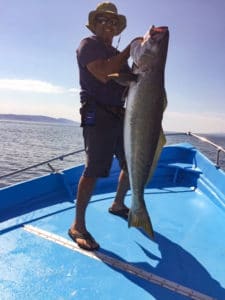 keep the fish out of the rocks and began to reel the fish in low gear slowly. Several minutes later, the fish surfaced, and it’s a huge white seabass. I quickly gaffed the fish and got it into the boat. The fish was perfectly hooked in the corner of the mouth, but when I grabbed the hook to remove it, it fell out. One more little head shake and the hook would have come loose. The fishing gods were definitely on our side on this one!
https://www.bdoutdoors.com/forums/threads/bola-6-22-to-6-29.720624/

Cedros Island
I went with Cedros Sportfishing. It is really a great trip and so easy. Rosie 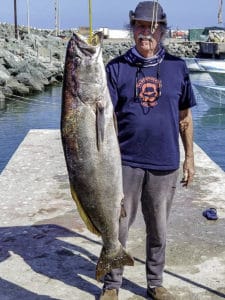 and Jeff are great! Fishing had slowed from previous trips, but sometimes one fish can make a trip! Hope I can post a few pics here — the WSB went 54.8-pounds after bleeding. The yellowtail was 25-pounds and caught with a Tranx 400 with 40# Izor and 40# Seaguar Blue Label. When you fish for calicos down there, go big, just in case something like this bites your plastic!
And notice, I was representing BD wearing the shirt with the shark eating the seal that stole the YT (on the back of shirt)…Bill Fisher
https://www.bdoutdoors.com/forums/threads/cedros-wsb-sat-6-22.720076/

She does both scuba and dorado hunting with us in Loreto but to keep her busy mid-week we sent her over to the west. The bays from Lopez to south of San Carlos have all been productive for snapper and snook. 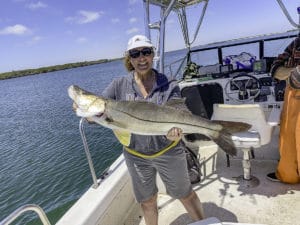 Lady angler Cindy out fished all the boys with this nice 25-pound snook caught on the “Mar Gato” with Capt. Chris…Bob Hoyt
https://www.bdoutdoors.com/forums/threads/nice-mag-bay-snook.720061/
La Paz

Just like the last couple of weeks, the action for yellowfin tuna is still hot. Some days it a little harder than others, but most clients are going home with coolers full of tuna fillets. Some would even say “too much tuna!”
Striped marlin continues to be found using trolled marlin lures and ballyhoo. There were reports of blue marlin striking lures, but we have not seen one yet. We should start seeing them soon.

Dorado has also been found on the troll outside. Highlighted by the 66-pound dorado landed aboard “El Regalo” on Tuesday, nice-sized dorado has come on trolled lures and ballyhoo. We are hoping that the action for these great gamefish continues to improve. 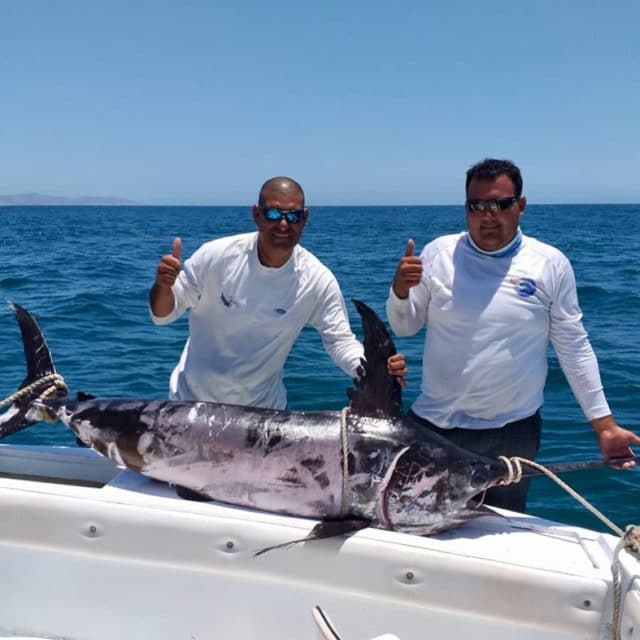 Puerto Los Cabos
Anglers found similar bait choices in both Cabo and Los Cabos — caballito, moonfish, ballyhoo, and slabs of squid being the main bait used. Now the most consistent action is centered around the Iman Bank, where yellowfin tuna were schooling, though catching these tuna has not been easy. Best chances were earlier in the morning, drift fishing with strips of squid. A few fish were striking slow-trolled caballito. Billfish action seems to be more scattered as well. The majority of the striped marlin is now on their migration north towards southern California waters, following the preferred mackerel food source.

Off the bottom, anglers have been catching a mix of quality eating species, though no big numbers. The Mexican bonito are still around, but not as many now that the water is so warm. Also, there have been red snapper, triggerfish, and cabrilla – the highlight was an occasional amalco jack with a couple in the 50- to 75-pound range, plus a handful of decent broomtail grouper to over 30-pounds have been taken. The local shore anglers reported a couple of nice snook and corvina in the El Faro region of La Playita where baitfish often concentrate attracting quality fish this time of year…Eric Brictson, Gordo Banks Pangas

There has been great inshore action for roosterfish and other small gamefish like sierra mackerel, snapper, amberjack, and yellowtail. We are happy to see many more anglers and crew members tagging their roosterfish with tags provided by GrayFishTag Research and look forward to seeing recaptures soon! Inshore action has mostly been on the Pacific side, with big roosters showing up at the Cerros De Arena area (near the diesel plant on the Pacific side) and the Old Lighthouse. Pisces 25-foot “No Borders” made its fleet debut with a very nice 50-pound roosterfish released there on Thursday. Most roosterfish this week were of good size, between 30 and 50-pounds each. Anglers used live caballito and mullet for bait mostly along with green Hoochies for species like yellowtail, Almaco jacks, and sierra.

Marlin bite was better at the beginning of the week, with up to four marlins caught and released per boat, mostly out of Punta Ballena, Chileno and the Old Lighthouse area. Anglers used live caballito, and trolled ballyhoo bait. 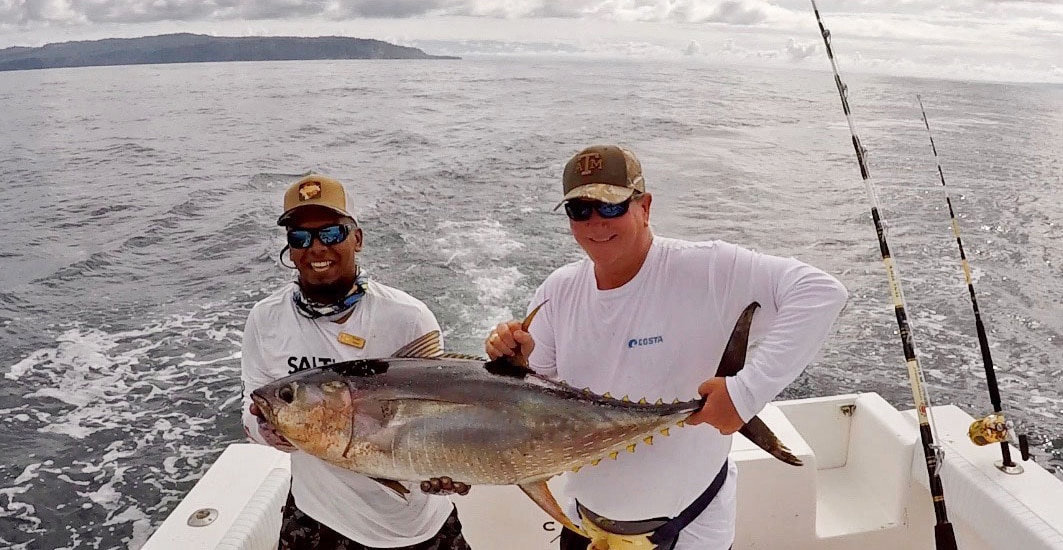 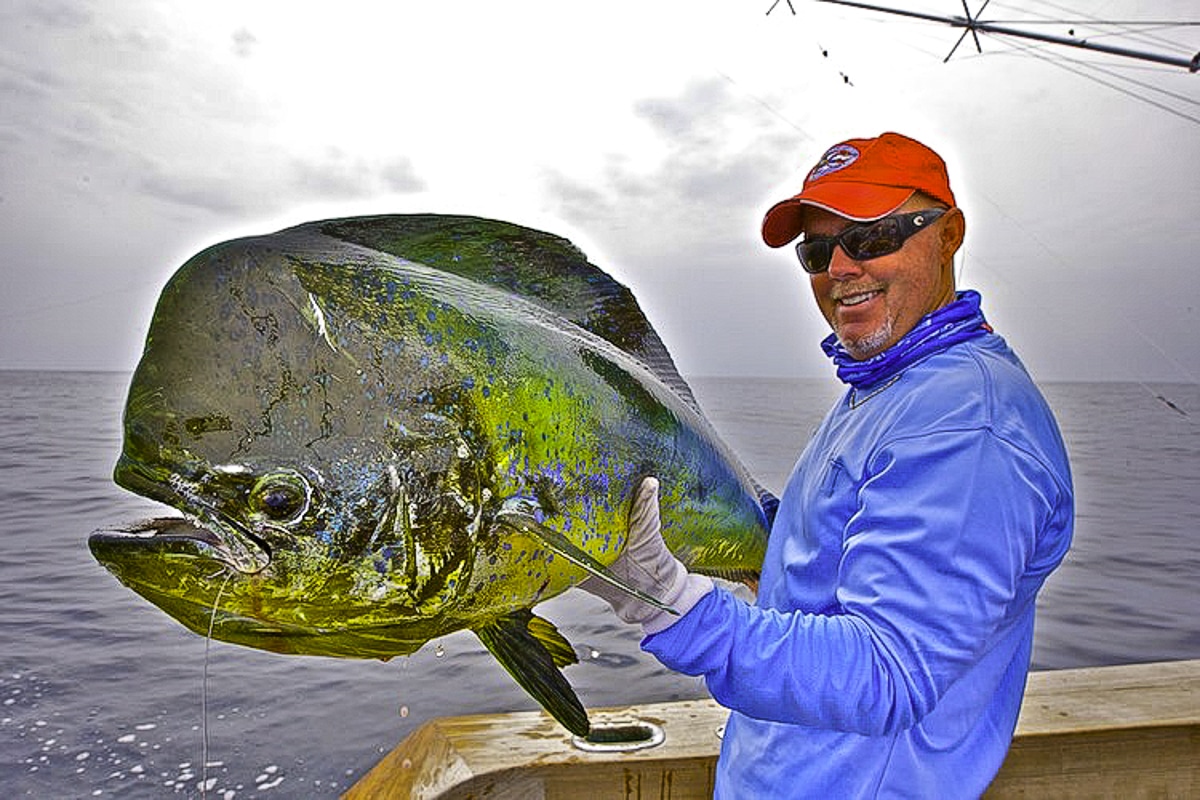