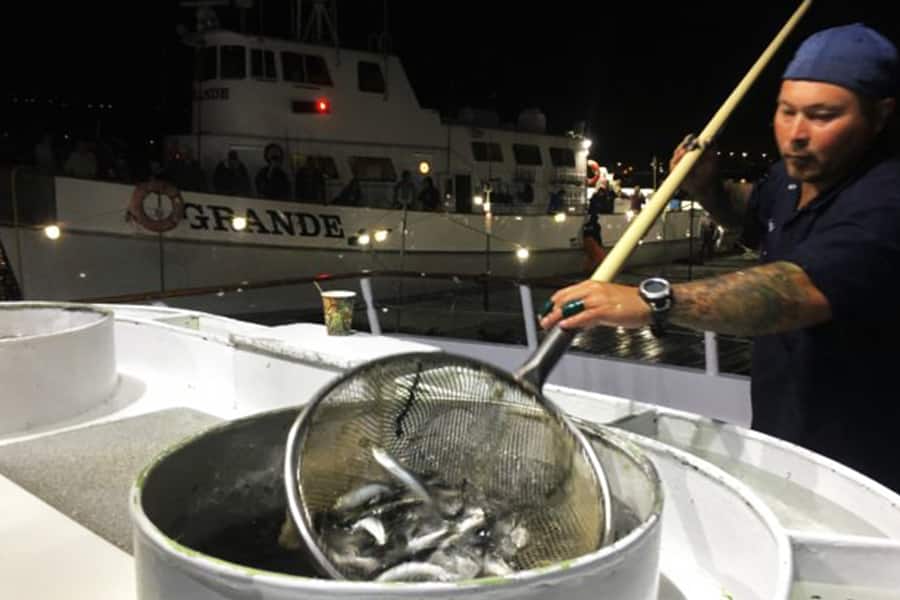 I have a confession to make…I’m not exactly a super fan of offshore fishing.  Don’t get me wrong.  Who doesn’t love the thrill of a getting bit by a tuna and feeling that strength of them ripping off line from your spool?  That helpless feeling that you experience at times wondering if you’re going to have enough line, will your connections hold, will your leader stay intact, was the hook placement good, will it hold long enough to get the fish to gaff…it’s all thrilling stuff!

What I hate is the process of getting to that point.

More often than not, hours are spent driving around looking for signs of life.  It’s tense.  It’s mentally draining.  And sometimes when you find a school, they just don’t want to bite, so the process is repeated until hopefully you do find the right school.

So while offshore fishing has been pretty good in recent weeks, I’ve been putting it off.  I’ve been waiting for the start of Fall fishing season when the crowd level goes down and the talent level aboard the boats goes up.  It’s a sound strategy for veteran sportboat anglers, but the downside to it is — The Bait Dilemma.

What is the Bait Dilemma you ask?

At this point in the season, a majority of the sportfishing boats have been running full speed for several weeks now.  The scene above, loading live bait for a trip, has been repeated day after day.  Private boaters add to this daily demand for live bait as well.  The operation of providing a live bait supply to meet this peak demand is stressed to the limit.  As fast as the bait boats can bring in freshly caught bait, it turns around very quickly from the bait barge to the bait tanks of the sportboat fleet.  This quick turnover leaves little time for the bait to “cure” or recover from the stress of being netted up in the open ocean, transferred to the bait barge, and rest before they go back out to be used on trips.  The lack of curing time results in a higher percentage of the bait that will “roll” or die on the boat before it can be used as chum or on the end of your hook.  This situation creates tough choices for captains and anglers alike.

The Liberty, out of Fisherman’s Landing, was on a series of private charters last week.  In order to satisfy the demand for offshore full day trips, the Dolphin was re-deployed from its normal half-day duties to run the full day open party trips.  I hopped on board Thursday morning (Sept. 12th) to ride with Capt. Kody Kessell (right).  After loading up on bait, we made our way southwest for a roughly 2-hour drive to the fishing grounds.

Once our course was set, Kody came on deck to advise the 34 anglers onboard what to expect for our fishing day.  More and more, I see captains delegating this task to a deckhand (if it gets done at all).  I appreciated this young captain going old school to give the fishing seminar.  Kody advised our group that the primary method of catching was a flylined bait using 20# line (fluorocarbon highly recommended), and a size 2 hook.

Kody stressed the importance of finding a good bait and gave pointers on identifying and hooking baits.

Once we got into the fishing grounds, it wasn’t long before we stopped on a sonar school of yellowfin.  One angler got bit and subsequently lost the fish.  No other bites and we moved on.  That stop was the first of EIGHT schools that we stopped on.  Although we had trollers out, we never got stopped on the troll.  We also drifted a couple of empty paddies.  No birds.  No dolphin.  All sonar schools.

I tried fishing bait the first couple stops, but as Kody warned, it was tough finding one that wanted to swim.  Between the bait situation and wanting to avoid the stern tangle tango, I switched gears and moved to the bow to throw the jig (60-gram sniper).  Over the course of the day, we had a few schools put on a nice show responding to our chum to boil on the surface.  I had at least 5 perfect shots placing my jig in close proximity to boiling fish, but nada.  No bites for bait anglers either other than the first one of the day.  I had to believe things might have gone better, with better bait…an opinion shared by the crew.

I was up in the wheelhouse a lot with Kody over the course of the day.  He explained to me that they were super careful loading bait to try and maximize their healthiness over the course of our day.  He said he struggled with how long to stay on a school, using up valuable chum, and not getting the desired bite response…all the while knowing the bait we had left was dying in the tanks.  Chatting on the radio with other captains, we heard that a majority of other boats were having similar struggles.

It was getting late in the day and we stopped on a good one.  It took a little while to get the fish going, but eventually, we got the best response of the day with fish boiling all around the boat.  I started off fishing the jig, but when I saw some people start to get bit on bait I switched up.  I took time to find a good bait, butt hooked it, and flipped it out just off the starboard side of the bow.  It swam down and to the left.  By the time my line was on the port side, line started stripping out fast.  I’m bit!  Had to finesse it since I was only fishing 20.  It ended up taking me down the port side all the way to the corner, then back up to the bait tank.  I eventually got it to color, it got stuck and it was on the deck. 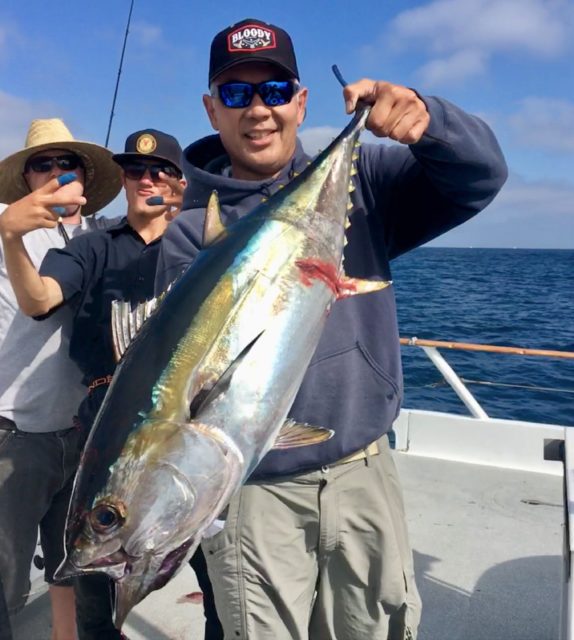 We fished until all our bait was gone.  When it was all said and done, we had 7 fish to show for our effort.  At least double that many bit.  Light lines and small hooks lead to inevitable casualties.  There were a couple of boats that had better outings the same day we fished, but that’s how it goes.  I asked Kody if he would’ve done anything differently.  He said he might try loading less bait to see if he could keep more of it alive.  One of those tough calls.  The outcome wasn’t what anyone wanted, but I appreciated the effort of Kody and his crew.

These full-day offshore trips right now can be epic to miserable.  It’s a limited window of time to find a school that wants to go.  It definitely takes some luck to have a good day, but the opportunity is absolutely there.

If you go, be observant.  Be flexible.  And listen to your crew.  Good luck if you get out there.