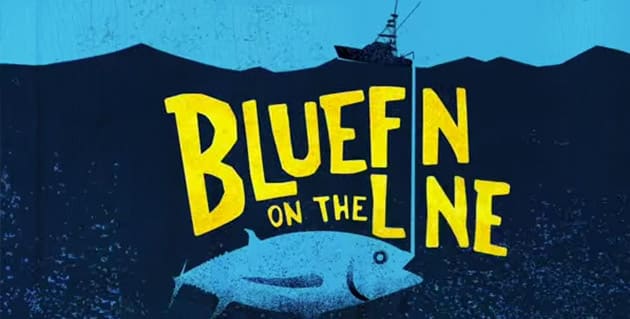 In the summer of 2012 Costa Sunglasses began work on a documentary titled “Bluefin on the Line” that chronicled the rich history of giant bluefin tuna fishing in the Bahamas. The documentary focused on the Bahamas’ legendary Tuna Alley and the men who chased these behemoths there.

Tuna alley is a 20+ mile long stretch of water spanning the length of the Bahamian islands of Cat Cay and Bimini. Just 50 miles off the coast of Miami, Tuna Alley is located just a short distance off the islands where the shallow flats meet the deep water where bluefin typically roam.

During the late spring and early summer months, typically May and June, these giants make their annual pilgrimage to the bait rich waters of the northeast United States and Canada. When the conditions are just right, the fish will swim into the crystal clear, white-sand flats and surf the swells on their journey north. In order to catch these fish, these dedicated “tuna hunters” need a lot of variables to line up in their favor. The most critical component is a steady south wind. This provides the swells that the bluefin choose to ride north presumably to conserve their energy after spawning in the gulf. The anglers also need clear skies to provide the light and contrast needed to spot the fish. Since these fish are in travel mode, getting a bite is not always easy. Teams have to present their swimming dead-baits, just right and sometimes after several presentations they will draw a reactionary strike.

“It’s the lore of these giant fish in warm, gin-clear water that drew anglers from the corners of the globe to chase them.”

For a variety of reasons that no one can truly pinpoint, the huge schools of tuna that once prowled these waters have diminished over the last thirty years. Many blame over fishing while others say the fish are still there in significant numbers, just lacking dedicated anglers to hunt them. After several years of slow fishing in the late eighties the tuna fishery in Cat Cay was pronounced dead. Fast forward twenty-some years and the folks at Costa Sunglasses, began to hear rumblings of tuna returning to Cat Cay. In 2012 they lead an “expedition” of sorts to Cat Cay to attempt to catch and document these great fish. To accomplish their “mission”, Costa assembled a group of anglers, some of which were pioneers of Bahamian tuna fishing including three generations of the Merritt boat building family, Capt. Gary Stuve, Capt. Karl Anderson as well as some of Florida’s next generation like Capt. Ray Rosher and Capt.Tony Carrizosa.

These crews of salty, tuna veterans gathered with their respective boats in Cat Cay in June of 2012. As fate would have it, conditions lined up and the group would catch and release several giants while documenting their efforts on film. It was this successful expedition that encouraged Costa to bring back the fabled Cat Cay Tuna Tournament in 2014 after a 23-year hiatus. The Cat Cay Tuna Tournament originated in 1939 and has seen many legendary anglers compete for its prestigious title.

During the first week of June 2014 these same captains and anglers reconvened in Cat Cay along with a few hand-selected fishing teams to celebrate the historic event. In total six teams were invited to participate and the line up consisted of several Merritt boats joined by Ray Rosher’s highly custom “Miss Britt”. Costa had also invited one of the top bluefin researchers, Molly Lutcavage and her team from Large Pelagics Research Center in Gloucester, Massachusetts to place satellite tags in any fish that were brought boatside as the entire tournament was to be catch and release.

In standard Costa fashion, the entire event was first class. Costa provided each team with a killer bag of swag including custom Cat Cay Tuna Tournament logo glasses, shirts and more. Each night there was a hosted party where teams could mingle, tell fish stories and enjoy and adult beverage or two. Day one of the tournament started with the boats spread out and plying up and down tuna alley looking for giants up on the surface. Each boat featured the classic east coast tuna tower with two or three men scanning the water for bluefin.

Conditions were near perfect and several pods of fish were spotted and baited but no one was able to connect. We were fortunate enough to be near a pod of fish with the chase boat and we were able to capture the some great aerial footage of these monsters with our drone. Check out the video:

The weather forecast foreshadowed the next couple days with very mild conditions with little to no wind. Undeterred, the teams all fished hard on days two and three and unfortunately saw no fish. As I quickly learned, fishing Tuna Alley is contingent on a single major factor that most fishermen hate, wind.

Without that 10-15 kt. southerly breeze, the fish tend to stay in the deep water making it impossible to sight fish for them.

The final night of the tournament featured a banquet with all the teams dressed in sport coats which really brought back the feeling of the glory days of this great event. Everyone met in the island ballroom to enjoy an awesome dinner of local fare and cocktails. Spirits were high as Amanda Perryman from Costa announced that each team would get one of the beautiful bronze tuna trophies and of Costa’s intention to bring the tournament back in 2015.

All in all, it was a great event and an awesome tribute to our sport. The passion and camaraderie that these teams share is pretty rare in today’s tournament world. The love for this great fishery and it’s history was evident everywhere you turned. “This event is not your average tournament but a look back in time to when sportfishing was still the sport of gentlemen.”

I will definitely be back next year to see if these teams can write a new chapter in the history books.