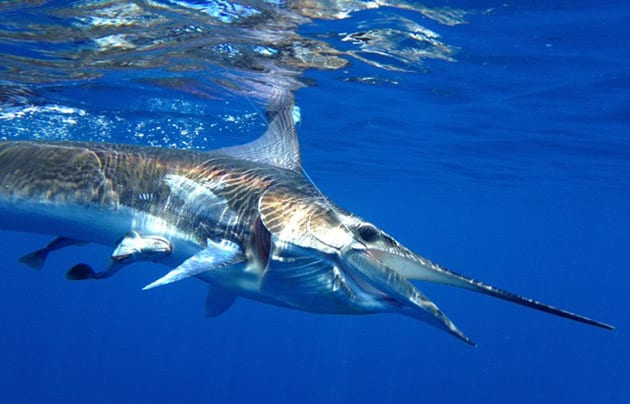 Well we have a winner for the Race to PEI 2014. BD member Avo Oughourlian of CA will join the BD team for an all expense paid trip to Prince Edward Island to chase bluefin tuna aboard Tony’s Tuna Fishing charters.

This is the third year that BD has taken a lucky winner to fish with Capt. Tony McDonald and his crews.

Capt. Tony always treats us well and works hard to put us on the fish. We had a quick chat with Avo to get his reaction to winning and his thoughts on tackling these giant tuna.

Q:How long have you been a BD member?

A:I’ve been involved with BD for 15 years.

Q:What were you thinking as you signed up for the contest?

A:I had just watched the inside sportfishing episode that Michael had filmed and after seeing the contest about twenty times I said what the heck.

Q:What was your reaction to winning?

Q:What is your previous fishing experience?

A:I’ve been fishing since I was 5 and I’m 33 now. Started with trout fishing in the Sierras with the family and went from there. I’ve been fishing SWBA tournaments for the past 6 years with my partner Steve Greanias on team Farmers Daughter except for this year because he just had a boy and my wife is pregnant. Besides that I’ve fished everything from lakes for trout and bass, long-range trips up to 5 days with many 1-2 days trips, many trips to LaPaz and a lot of local island and coastline trips. I own my own 18-foot center console and try to go out at least 2-3 times per month. Q:What is your largest catch to date?

A:My largest catch is a 96-pound bluefin but I’ve also leadered and released about a 350-pound mako, 60-pound white seabass , yellows to 30-pounds, calico to 7-pounds, sand bass over 8-pounds , rainbow trout just over 6-pounds, yellowfin to 70-pounds, and dorado up to 35-pounds. I just caught a 30-pound snook and have also released striped marlin in the 100-125-pound class and some sailfish in the 70-90-pound class. Q:What are your thoughts on chasing a giant bluefin and being harnessed up to it?

A:Is my back going to hold up? It’s unreal I can’t believe I’m actually going to be on this trip I’m not even that excited cause I don’t believe I’m actually going. I’m the type that will have my vacation planned months in advance and won’t be excited until I start heading to the airport. Fishing stand-up on this class tuna is probably nothing I would have ever experienced. My buddies and I have plans to book a trip to chase some cow yellowfin in PV but I think that will be child’s play after this.

Stay tuned for updates from PEI and Avo’s pursuit of a giant bluefin tuna.

Here is the video of Gilbert Saucedo, last years winner and another great adventure with Capt. Tony’s Tuna Fishing.