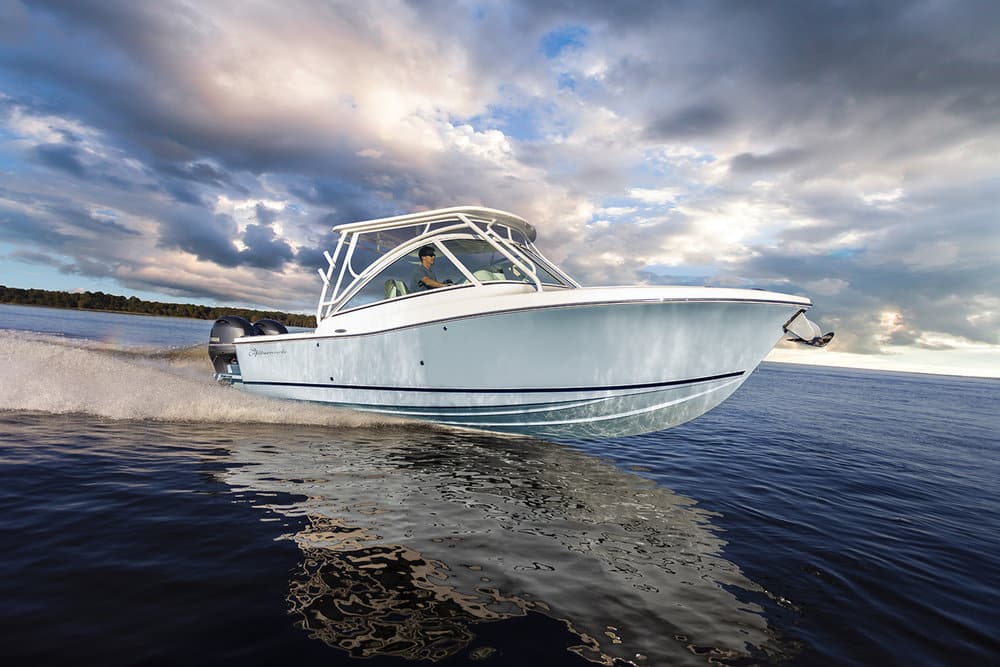 For decades Albemarle has focused solely on hard-core fishing boats. That hasn’t changed, even as they offer one with a dual console design.

The dual console fishing boat is not commonly a die-hard angler’s first choice, but it does offer a great combination of fishability and family-friendliness that can make everyone who’s giving input on the buying decision happy. DCs have advantages when it comes to weather protection, versatility, and comfort, and many are just as adept at yanking a water skier out of the hole as they are at offering a cockpit that’s eminently fishable. There’s just one problem: many DCs are built for what one might call light duty. They’re fine for running out into the bay or maybe even popping through the inlet when the weather’s nice. But a canyon run for billfish? A trip across the Gulf Stream for yellowfin? Not so much. Enter: the Albemarle 27DC.

If you’ve ever been on or owned an Albemarle, you already know that these boats are built as rugged as they come. If other boats are F-150s, Albemarle’s are Abrams tanks – and anyone who’s spent extended time aboard an Albemarle will confirm this. That means you won’t worry about busting up the family’s fun machine when you point the bow at the horizon and tell the guys to hold on and shut up. But the overbuild-it attitude is just one of several key items this company brings to the table which differentiate it from all the other dual console fishing boats out there. 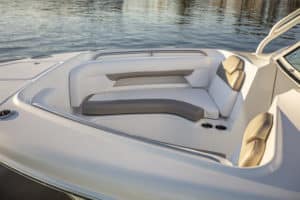 Before we move on from the boat’s stout nature, we do have to point out that there’s a trade-off to consider. Thanks to simple physics, more weight equals less speed and efficiency. Note that the 27DC tips the scales at 8,000-pounds, while many other DCs of this size weight more like 5,000 to 7,500 pounds. With a pair of 250s on the transom, you’re looking at a cruise in the low- to mid-30s and a top-end pushing close to the 50-mph mark, so performance is still plenty spiffy. But with this much power, the lighter boats will gain several more mph. At least, they will on flat water.

A very unusual design trait on the 27Dc is the walkthrough to the bow. Rather than being centered as it is on virtually every other DC on the face of the planet, it’s off-center to port. As a result, the starboard-side helm console is notably larger than the passenger’s console. This provides expanded helm territory, so there’s room to mount not one but two 12-inch MFDs. On most dual consoles of this size, getting a pair of big MFDs isn’t even an option. 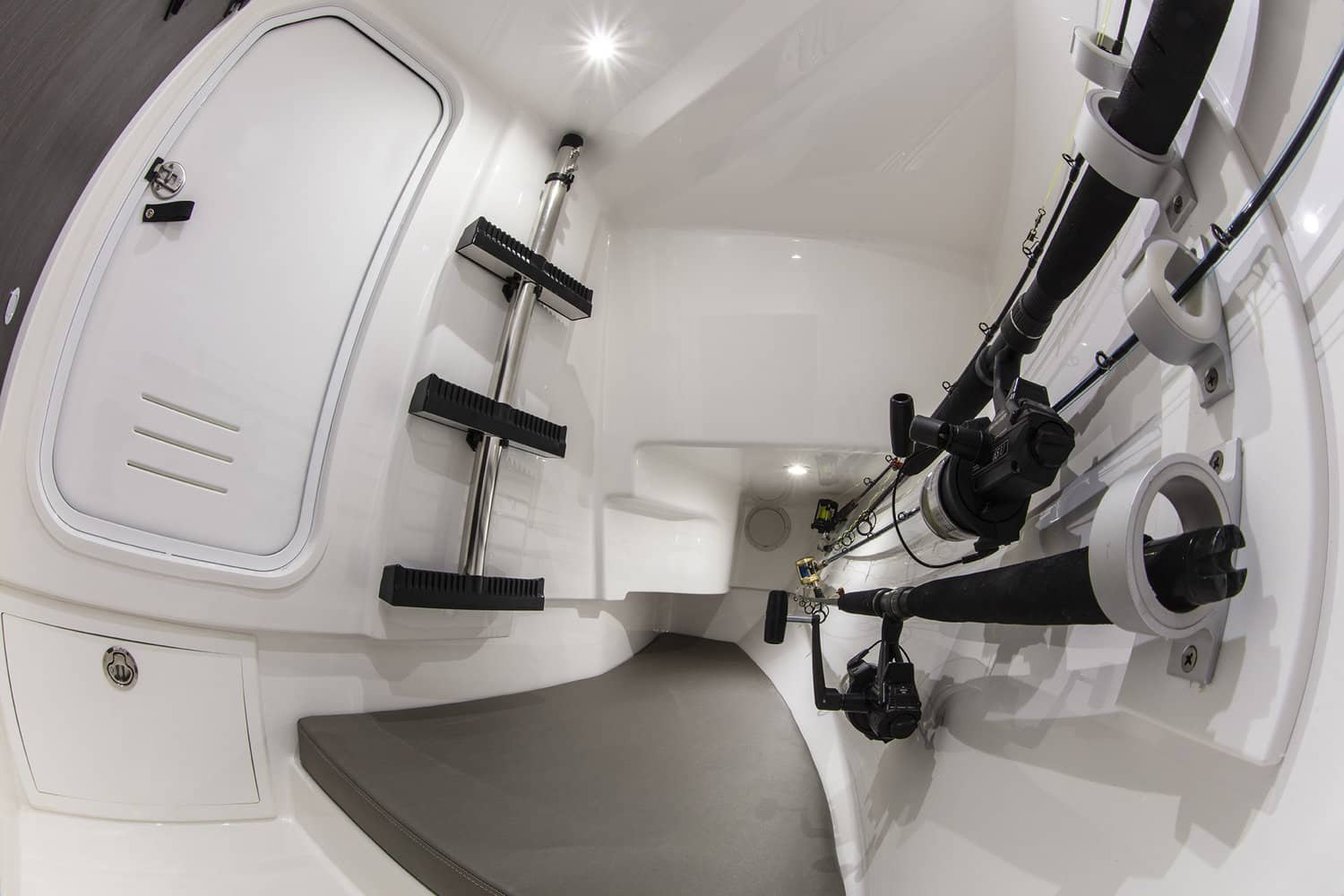 One more differentiating feature at the helm is the windshield. It’s is unusually tall, which both provides more protection for those long cruises and also allows for stand-up operation, a must when the seas kick up. Albemarle makes use of the enlarged helm side console to enclose a berth, which is usable, but in all likelihood will become a rod locker on serious fish-trips. From the family perspective, it’s always nice to have a spot the kids can duck into for a respite from the hot sun or adverse weather.

As one might guess, the passenger’s side console is dedicated entirely to a head compartment. The bow has the expected seating to either side, there are USB ports throughout the boat, you can get a tow-bit on the hard top for pulling water-toys, and a standard 23-gallon freshwater system rounds out the family features. There’s also an option to turn the tackle station into a summer kitchen with a reefer and an electric grill – if you must.

A final unusual feature is the use of a single centered in-deck fish box, as opposed to the more common flanking boxes we usually see. When you’re on the hunt for bluefin instead of bluefish you’ll appreciate it, since you get a 60-gallon capacity. Beyond that, the fishing features we all look for are present and accounted for: a 40-gallon live well in the transom; six gunwale-mount rod holders with two in the bow; four rocket launchers on the hard-top; and horizontal rod racks in the console compartment.

So: is this boat really competent for making a canyon run? Will it ever actually see the Gulf Stream? Oh, heck yes – but we’ll leave it to you to convince the rest of the family to leave those water skis in the garage, where they belong.