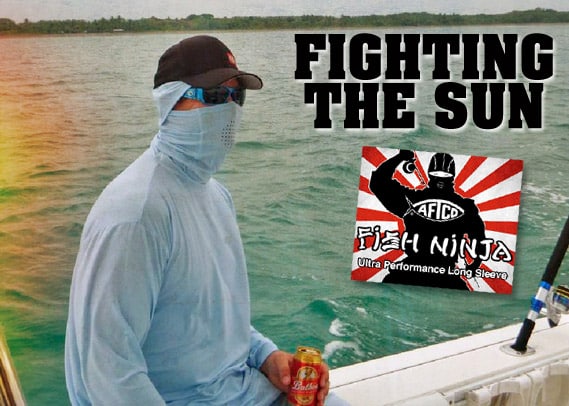 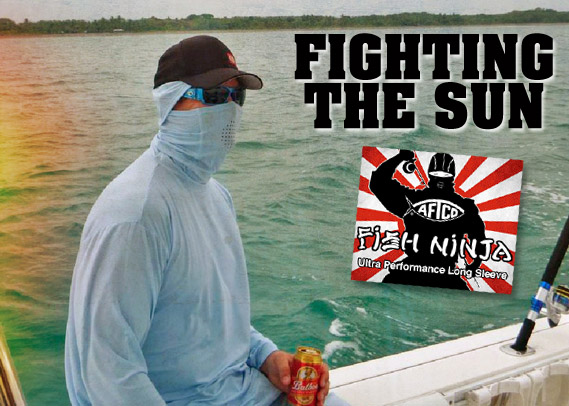 Heading home in late afternoon from the banks off Puerto Vallarta was typically a great sign that we had spent another day on the water chasing tuna, marlin, dorado and sailfish. The only problem was that the return trip was due east.

What does that mean? The setting sun would crush the back of our necks for the two hour ride to port, leaving them crisp as bacon upon arrival home. 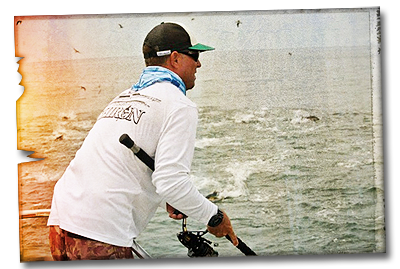 I was always the guy that fished in an old t-shirt and usually ended up throwing it away at end of the day, since it was typically covered in blood that would never wash out. I would lather up in sunscreen at the beginning of the day, and pretty much always forget to re-apply during the hectic fishing day.

You guessed it; that led to regular sunburns and a critical wife. I’m sure many of you have heard,

“I’m not letting you go fish if you always come home sunburnt.”

I know sun buffs have been around a while, especially on the east coast, but it wasn’t until recently that I started wearing them regularly. And, to boot, in all conditions. They keep you protected from the sun when it’s blazing, but also, the cold when it’s cloudy and windy.

The AFTCO buff now goes everywhere with me. From the cool, cloudy offshore waters of San Diego, to the fiery equatorial sun of Panama and even the tree stand in Colorado. I never thought such a small apparel item would be so useful. And by the way, at the end of the day it makes a great washcloth. Lather it up with soap, scrub up, and now it’s clean for the next day as well.

Buff Tip: Soak the buff in your cooler full of ice water. When you put it back on, you’ll be cooled to the core, instantly!!

Here’s the one problem with buffs: Unless you keep adjusting them, they seem to always leave a small portion of the neck uncovered. It’s better than the alternative, however, it can still be a little frustrating and leave some strange tan lines.

Well, you guessed it…AFTCO came up with a solution for that too. The Ninja Performance Shirt. It’s lightweight, vented, moisture wicking and all around comfortable. I’m not a tech guy, so if you’d like to get more into that, click here.

Here’s what I like about it: The hood is really comfortable. You barely even notice it on your head or pulled up over your face. The stretch material is virtually seamless, leaving no marks or rashes. Both the facemask and underarms are vented for airflow and comfort as well.

I’m not a guy who likes spending hard-earned money on fishing clothes that I get to wear once due to staining. That may be this tech shirt’s best attribute. Blood washes right out. Hit it with a hose on the boat, or days later when it goes in the washer. The shirt comes out as good as new.

Keep an eye out for continued advancements for the leader in technical performance wear. These shirts are becoming the standard for anglers who want to protect themselves from the elements.

Brant Crenshaw
Brant Crenshaw grew up fishing from pangas in Mexico's Sea of Cortez. Those early experiences instantly hooked him, spurring a lifelong passion for th...