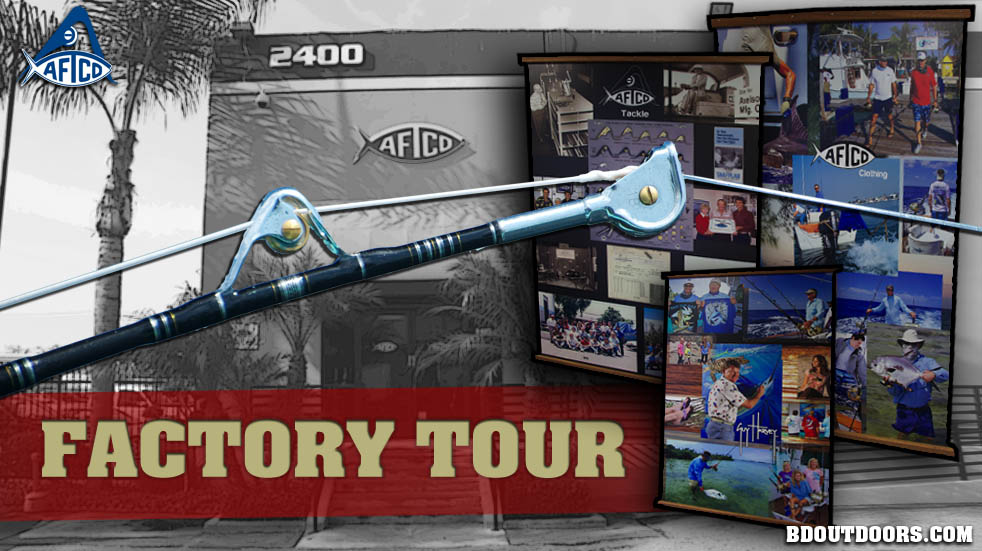 Founded in 1958, the American Fishing Tackle Company, or AFTCO, continues to be a leader in the sportfishing world. Operated by the Shedd family, AFTCO has built a solid reputation for producing a wide range of high-quality products. The company is also active in important fishery issues and donates a portion of its profits to marine resources each year. BD took a tour of the AFTCO facility to see how this company makes its legendary gear. Milt Shedd was extremely passionate about the ocean and marine life. His vessel, â€œSea World,â€ shown in this painting, was used to collect specimens and conduct marine research up and down the Pacific coast. The Shedd family began giving back to the marine environment long before ocean conservation became a buzzword. Each year AFTCO donates more than $350,000 to various marine initiatives and fishing efforts. When you walk into the AFTCO lobby, it’s easy to see that everyone who works at this company loves to fish. There are large displays showing off some of AFTCO’s products, the company history and several amazing catches. Bill and Casey Shedd gave us a tour of the AFTCO manufacturing facility where they produce some of their legendary products. Bill Shedd explains to us how these raw metal Roller Guides are polished to a mirror finish using vibration and special stones. AFTCO builds some of the best rod components money can buy. This photo shows the company’s legendary Roller Guides in action on a giant bluefin tuna in Prince Edward Island, Canada. Can you guess what this piece of metal is? It’s actually the metal used to make the gaff hook before it has been bent and installed. An AFTCO employee prepares to put the grips on a brand new gaff. AFTCO developed a special machine that uses air pressure to “blow” the grips onto the handle. The now straight gaff hook is pressed into the handle using a special hydraulic press. When you produce a good product, anglers will purchase them, and these guys sell a lot of gaffs! Fishing kites are another one of the many specialized fishing products offered by AFTCO. This photo only shows about one-third of AFTCO’s t-shirt storage! The 100,000-square-foot warehouse is literally filled with Guy Harvey and AFTCO shirts as well as other apparel. Guy Harvey clothing represents a big part of AFTCO’s business. The popularity of Guy’s artwork and clothing is quickly evident as soon as you step foot into the warehouse. The AFTCO conference room gives you a better idea of just how many clothing SKUs the company offers. Another shot of the conference room showing off some of the hard goods along with more AFTCO apparel. Guy Harvey offers shirts and clothing with a wide range of artwork depicting just about every game fish known to man. Here are some of Guy Harvey’s conservation-related shirts. For more than 50 years, the AFTCO name has stood for quality and dependability, backed by a family-owned company that ranks among the world’s most highly regarded saltwater fishing tackle manufacturers. To see more AFTCO gear, visit www.aftco.com.