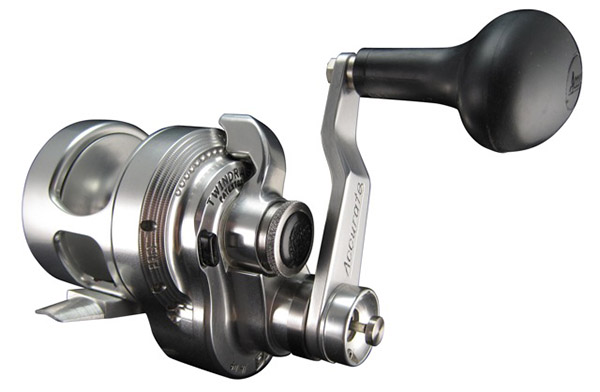 When I met Ben Secrest at Dana Landing last week to pick up the new Accurate Dauntless 400, the first thing I noticed was the giant smile on Ben’s face. As he handed me the reel, he was nearly giddy when he started to talk about Accurate’s new baby. He started explaining all the technical, geeky stuff to me and I quickly interrupted, exclaiming, “let’s see how it fishes.”

As I handled the reel in the parking lot, I started playing around with the levers and handle. Yep…it felt like an Accurate, strong, sturdy and sexy. Like normal, the first thing I tested was the free spool. Immediately, as I spun the spool, I noticed this reel was VERY different. That’s when Ben started grinning again. He explained how Accurate sleeved the spool, like they do with their ATD series. This is not a new technology, but Accurate may have perfected it. The spool spun for what seemed like an eternity. Eventually, I just stopped it when boredom set in. 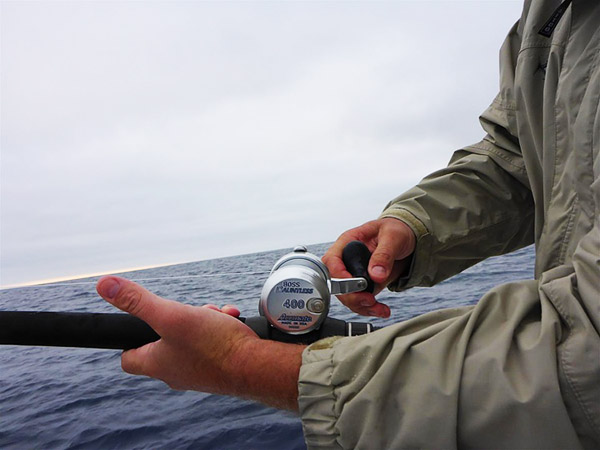 Needless to say, I was looking forward to getting the reel out on the water and putting it to the test. As luck would have it, I was heading out early next week to do some paddy hopping in our local So-Cal waters in search of yellowtail, dorado, tuna…..whatever. 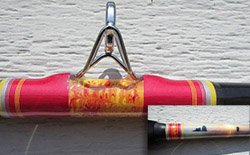 Well the fish gods cooperated and the first paddy we pulled up to was loaded with 8-15 pound yellowtail. I matched the Dauntless with a custom rod, wrapped by Salty Dawg. The Batson Rainshadow RCJB 84XH with some special Salty Dawg tweaks balanced out perfectly. The Dauntless was loaded with 65 braid and a 30 pound topshot. Yeah…it turned out to be a bit heavy for the fish we ended up catching, but had we ran into the larger grade Bluefin that were around, the set up would have been perfect. 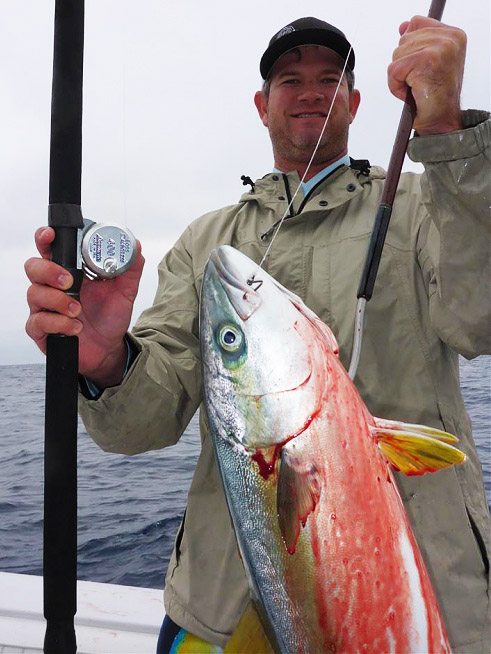 Regardless, I ended up boating a dozen or so cookie cutter yellowtail, which gave me plenty of experience with the “new” set up. Here’s what I discovered:

• As I expected, the free spool performed flawlessly.

• It has all the power that you’d expect from an Accurate.

• The drag is as smooth as silk.

I would confidently fish this combination for anything that our southern California waters have to offer, from white seabass to marlin and just about everything in between.

I can also see this reel used as a casting or jigging reel. I think it would throw iron very well having used it to cast lighter baits. I look forward to getting back on the water and putting it to the test. I’ll report my findings.

Brant Crenshaw
Brant Crenshaw grew up fishing from pangas in Mexico's Sea of Cortez. Those early experiences instantly hooked him, spurring a lifelong passion for th...