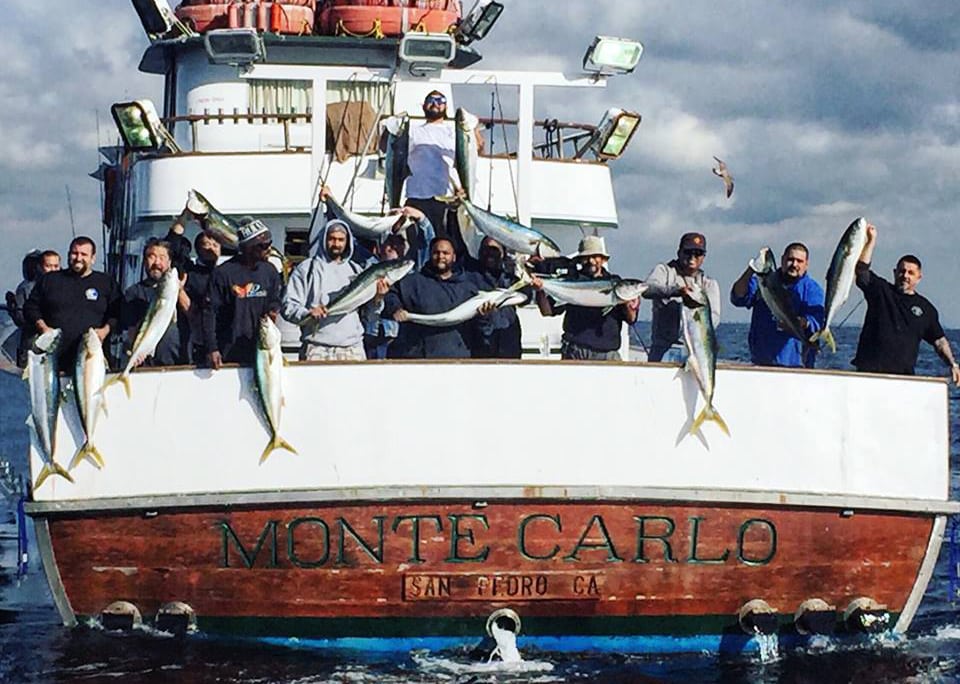 I did something on Sunday that I hadn’t done all year. No, I’m not talking about going to the mall. In this crazy year where I went wahoo fishing for the first time (not wahoo catching, but wahoo fishing), I’m not talking about something exotic brought on by El Nino. Nope, what I did used to be a pretty normal part of a lot of trips. Normal enough that I keep the required tackle for it in my tackle bag at all times. What did I do you ask? I posted the above picture Sunday morning. The reaction was big and immediate. Where are you? Call me. Text me. Who would’ve thought that this staple forage food could create such a stir?

Well, here we are on the eve of 2016 and I performed the simple act of snagging squid for the first time all year aboard the New Del Mar on the Sunday morning halfie. As a result, there’s been a nice little bite going on in my part of the bight. For the last several days, the yellowtail bite has ignited off of Long Beach. Capt. Aaron Graham, driving the Monte Carlo while his boat the Native Sun is in maintenance, has been finding them for the last several days. The Southern Cal and the Sport King have been in on it too. Around the corner in Santa Monica Bay, the Redondo Special, New Del Mar, and Spitfire have been finding a few yellows as well. The Special even picked up a larger model white seabass on Sunday!

If you want to give it a go, it’s mostly a dropper loop kind of bite. On Sunday, I went with a 3/0 Aki twist hook tied on with a Palomar knot on a longish (16-inch loop). I would always have some yoyo iron with me (I had a Tady 4/0 in that squid pattern ready to go), but it wouldn’t be my first choice if the goal was to bring home a yellow. It’s to be determined if this bite holds out in the near term with the latest round of weather…although the New Del Mar did score in the rain on Saturday. I had said before that my hope was a lot of the yellows that migrated north earlier would settle in and hang around. I’m taking this bite as an indicator that it may play out. For those of you still waiting to get your passport (I’m going to harp on about it until it stops being an issue), you better hope I’m right. It’s going to be a long January and February if sculpin (reopens January 1st) and sandbass fishing is your best option. Remember, that even though we are technically on the backside of El Nino’s high point, we’re still experiencing El Nino.

I’m taken care of with three Mexico-trips on the calendar in January and February, but it would be nice to have a local option. Keep your fingers crossed.