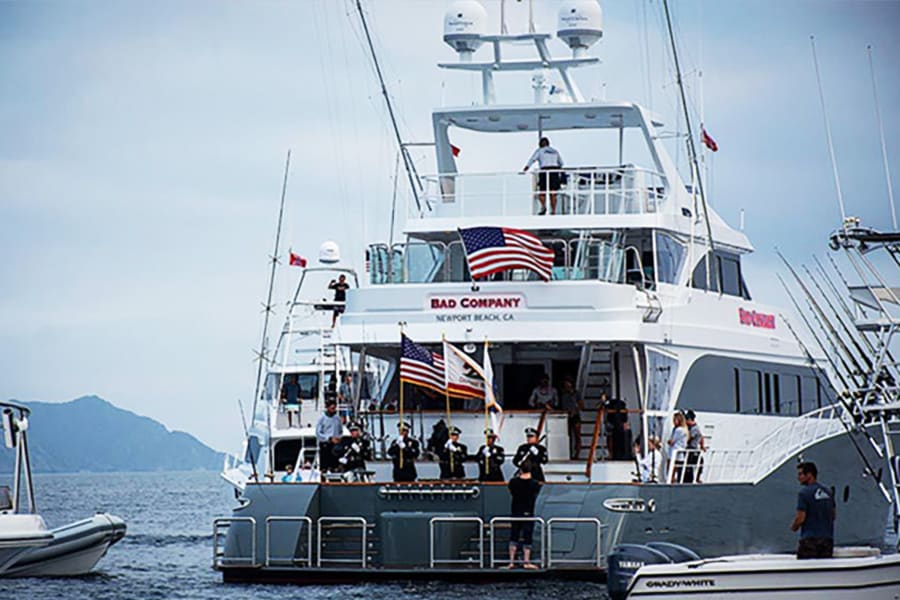 I was invited to join the crew aboard the “Wild In Sac” for the Second Annual War Heroes on Water (WHOW) Sportfishing Tournament for Combat-Wounded Veterans last August. The crew consisted of Captain Dave Hansen, Shawn Morgon, Mikey, Mark Heintz, owner, along with their guests, Air Force Veterans Zachary Ross and Eric Stoneking, and Marine Corps Veteran Cory Wood.

This was the second annual WHOW and was created as an enthusiastic “thank you” to veterans for the sacrifices they made to protect our great nation as well as a way to raise money for veterans’ support programs throughout the country. It began Aug. 15 with a reception at Anthony Hsieh’s lavish bayfront home in Newport Beach. More than 400 guests mingled with this year’s 50 participating veterans against the backdrop of Hsieh’s yacht, the Bad Company 144, the largest sportfisher in the world. Following the National Anthem, guests were invited to enjoy exquisite cuisine from local culinary experts and to explore the many worldwide luxury vacation collections, custom artwork, and angling and sports experiences offered through a silent auction that would benefit Freedom Alliance and the WHOW veterans. 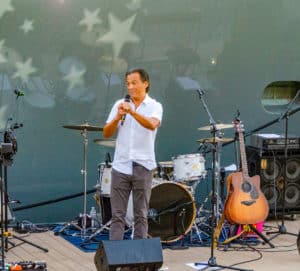 “WHOW changes lives,” said loanDepot.com Founder and CEO Hsieh, who conceived of the event after hosting a group of seven decorated military veterans on a sportfishing trip to Cabo San Lucas several years ago. “It certainly has changed my outlook. I thank our event supporters, the veterans, our partner, Freedom Alliance, and the yacht owners who volunteered their sport fishers, crews, and time. This magnificent combination of patriots is what makes our WHOW event such an amazing success,” he said.
“The Southern California community, the nationwide loanDepot team, and our loanDepot business partners are particularly appreciative of the veterans and recognize the hardships that they endure following their tours of duty,” added Hsieh. “Our veteran heroes deserve to be celebrated and supported, and I’m thrilled that my friends and associates share my enthusiasm by supporting our veterans and helping to impact their lives positively is critically important. We all need to step up and do as much as we can.” 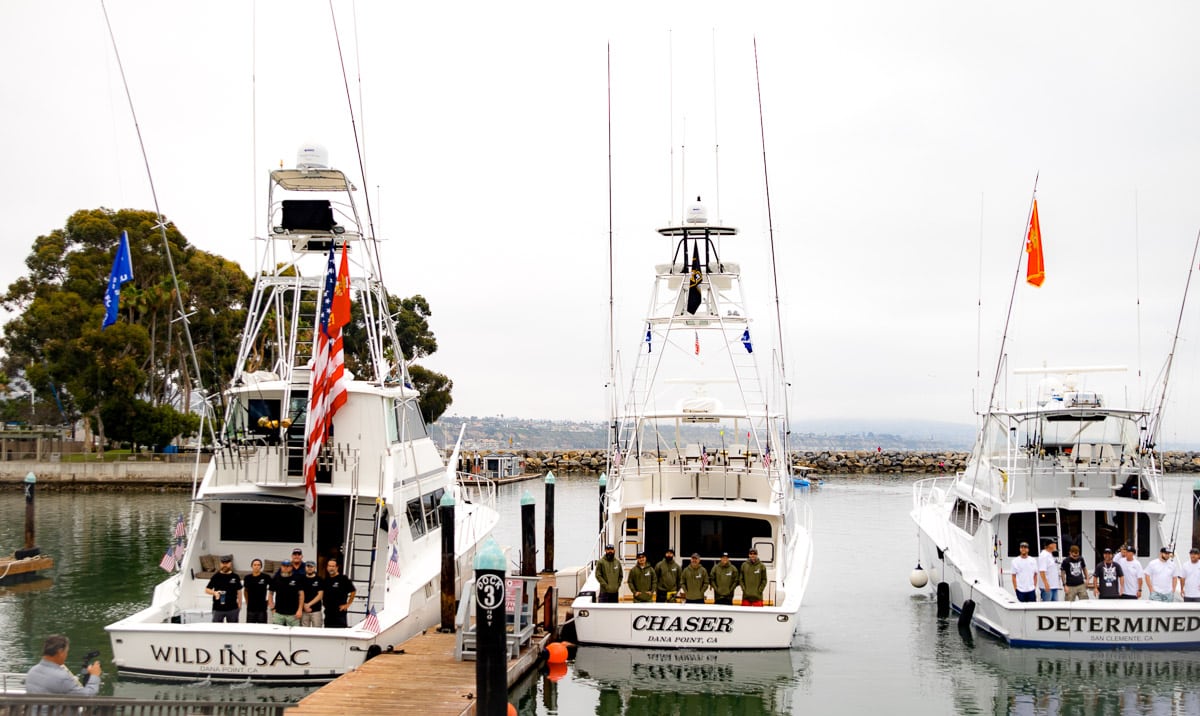 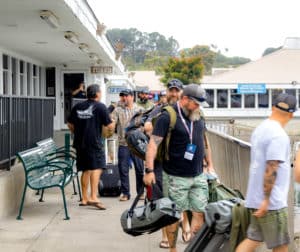 their epic adventure off the pristine waters of Santa Catalina Island, an area considered to be the birthplace of modern sportfishing. Despite it being a pre-tournament day of relaxation and bonding,

Captain Hansen was eager to put his team on some kelp bed action at the island after filling the bait tanks to the brim with live sardine and squid.

Heading out the channel, he explained, “Read the rules – the scoring favors species, rewarding the anglers with the most as well as the largest catches. The larger bluefin tuna and the billfish action has been slow, so our best chance is to focus on variety first before going offshore for the larger fish.”

Much to the delight of the veterans, their fishing rods were almost instantly bent and continued throughout the afternoon until it was time to go on the mooring at Avalon Harbor.

Friday evening, the WHOW Tournament teams gathered at the iconic Tuna Club of Avalon for an exceptional pre-tournament captain’s meeting that marked a unique moment in the extraordinary history of the legendary members-only club as non-members were invited inside. Later that evening, it was on the club’s celebrated porch that Tuna Club President Alan Baron honored Hsieh with a commemorative silver coin gifted by the club’s past presidents.

On Sat. morning, the 18 participating yachts of the Second Annual War Heroes on Water Sportfishing Tournament gathered around host yacht, Bad Company 144. As the WHOW Tournament was officially launched with a presentation of the American flag by the LAPD Color Guard, a stirring rendition of the National Anthem by loanDepot’s chief accounting officer Nicole Carrillo and a yacht parade out of Avalon as the veterans and their teams began their WHOW Tournament adventure.

Throughout Sat. and Sun., captains and crews shared their knowledge of Southern California offshore waters, local fish species, and sportfishing techniques with their respective tournament team of veterans – methods that had evolved from 1898 when Charles Frederick Holder founded the Tuna Club.

Team Bull Pen hauled three bluefin tuna on board, including one weighing 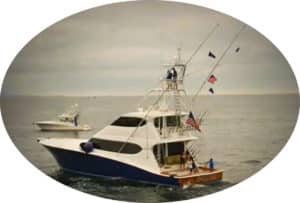 some 296-pounds. Team Fan Tail hooked a swordfish, considered by many offshore anglers to be the most elusive and most challenging to catch, but, alas, after five hours of fighting – and with the veterans on other boats anxiously listening over the radio, cheering them on – the team lost the fish. Others strategically maximized their WHOW Tournament points by catching calico bass, rockfish, yellowtail, yellowfin tuna, and halibut throughout the weekend.

But the most memorable moments were yet to come as the veterans returned to the Tuna Club on Sunday night for the tournament’s closing ceremony. One by one, the veterans surprised Hsieh by presenting him with a challenge coin. Each of the 50 coins was placed in a display crafted specifically in honor of the WHOW event. But the veterans weren’t finished sharing their gratitude and appreciation.

Next, tournament participants and volunteers were asked to rise and stand in respect as Staff Sergeant Jose Cardona, USMC and Staff Sergeant Woody Dishman, USMC (Ret.) presented Hsieh with an American flag that had flown over the United States Marine Forces Special Operations Command Headquarters and signed by Major General Daniel D. Yoo, Commander of the United States Marine Corps Forces Special Operations Command. “You are hereby presented the military’s most honored and cherished possession, the United States National Ensign,” said Cardona. “The flag has been a source of pride and inspiration and is the symbol of liberty, strength, and unity. We are thankful for the unfailing support you have given our members and our corps.”

While the Tournament Committee computed the results, teams mingled, comparing their catches embellished with fish tales and enjoying the atmosphere of brotherhood that has been fostered by the Tuna Club porch for decades – and a place where acquaintances become friendships for many, regardless of their backgrounds.

In between award presentations, veterans shared congratulations, stories, insights, and bear hugs – building a secure web of solidarity and support that could carry forward in the future. 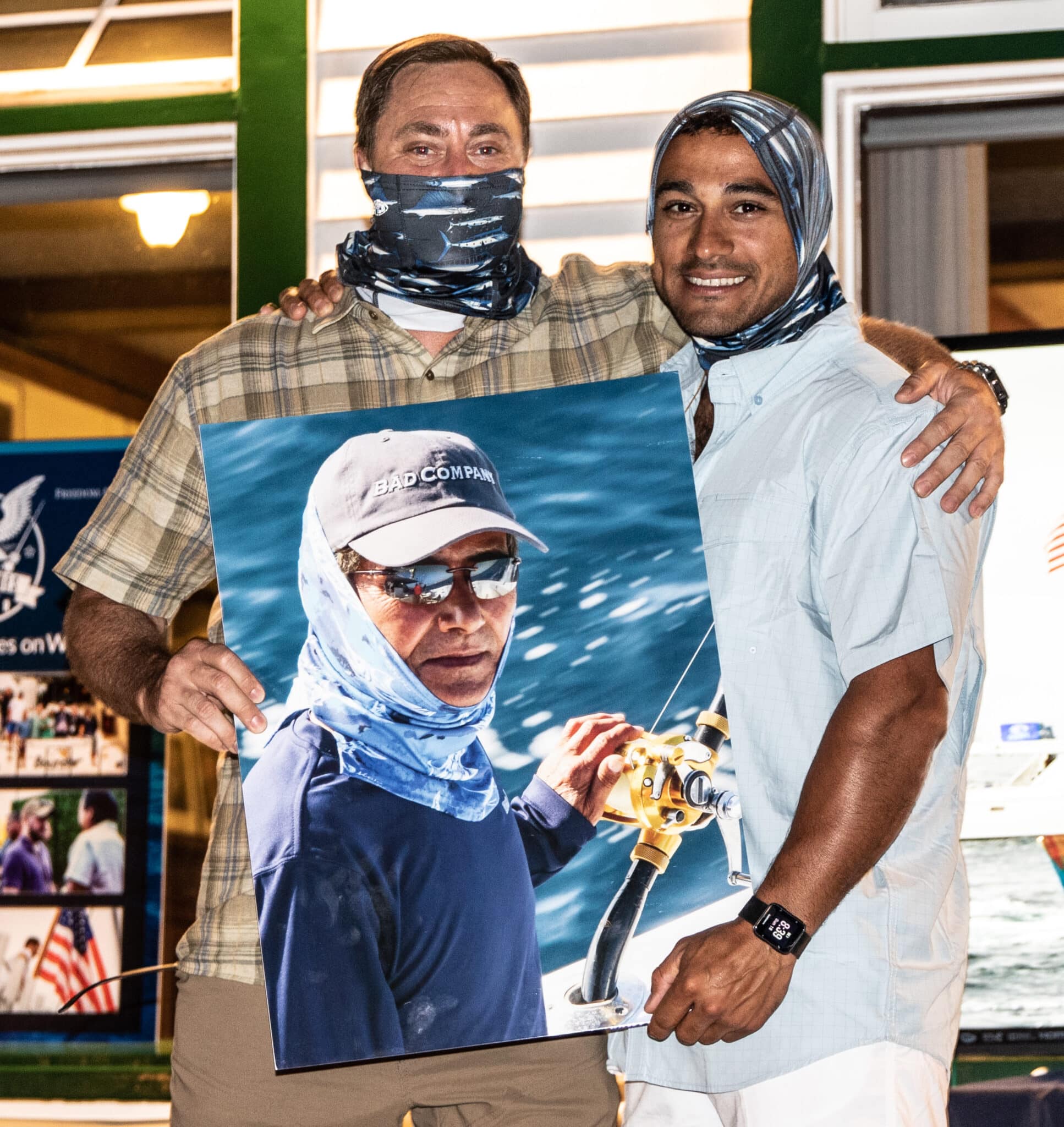 After the highest scoring and species-winning anglers were announced, one final exceptional award was bestowed. Created in memoriam for a beloved and well-known angler within the local SoCal sportfishing community, the Ron Ashimine Award was awarded to the veteran angler who scored the most points in the WHOW Tournament.

A lifelong fisherman and founding member of War Heroes on Water, Ashimine was a Vietnam Veteran and close friend of Hsieh. Together Ashimine and Hsieh spent more than 800 days at sea, fishing side-by-side, creating lifelong memories, and catching world-class billfish. This year’s recipient of the Ron Ashimine Award was Kaleb W. from Team Bull Pen. This award is especially significant as Kaleb, a returning veteran, had the honor of fishing with Ashimine aboard Bad Company in last year’s Inaugural WHOW Tournament.

After the event, as the veterans gathered before departing to their homes, the veterans, captains, and crews mused about the WHOW Tournament experience and envisioned what next year’s epic adventures might be. 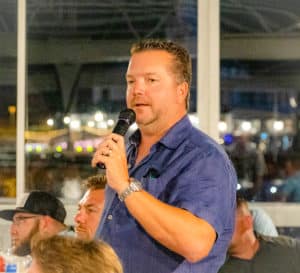 Tournament is a privilege. It’s important that we show our Vets that we love and care for them and, as a nation, support them as they face the challenges that can arise as they return from their tours of duty,” said Joint Venture owner Colby Durnin. “I’m proud that our community has risen to the occasion and encourages everyone to do as much as they can, whether that is donating time or money, or simply shaking a vet’s hand and telling them they are valued and appreciated as they return to the civilian world.”

Added Josh Miles, U.S. Marine Corps (Retired) Gunnery Sergeant and Director of Military Programs at Freedom Alliance, “The WHOW Tournament is an amazing experience and has quickly become our premier fishing event of the year. The outpouring of support and generosity from this community is unlike anything I’ve ever seen. Thanks to what Anthony Hsieh and the community and sponsors have done and continue to do, we’re going to be able to help more veterans throughout the nation, and to Anthony’s point, change lives.”

“In this tournament, everyone comes away as a winner. It’s about bringing battle buddies together to have one last hurrah and coming together as a community to give back to America’s heroes,” said Rod Halperin, WHOW Tournament Director.

For more information about next year’s August event and helping our veterans, go to http://warheroesonwater.com/