In recognition of their extraordinary contributions to recreational angling around the world, The International Game Fish Association (IGFA) just named five fishing greats to the 2019 class of the IGFA Fishing Hall of Fame. 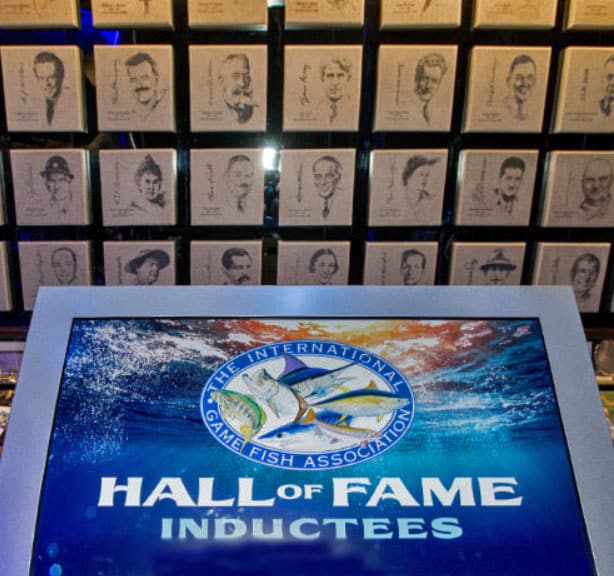 Elected unanimously by the IGFA Board of Trustees, the 2019 class will join 126 legendary anglers, scientists, conservationists, writers and fishing industry leaders whose contributions to sport fishing are forever preserved and celebrated in the IGFA Fishing Hall of Fame.

“From pioneering fishing lodge operators to global political leaders to noted marine scientists, the 2019 IGFA Fishing Hall of Fame inductees are a diverse group who cut a wide wake of accomplishment in the recreational angling community,” said IGFA President Nehl Horton.  “We are excited about the opportunity to honor these unique individuals for their commitment to game fish conservation and ethical angling.” 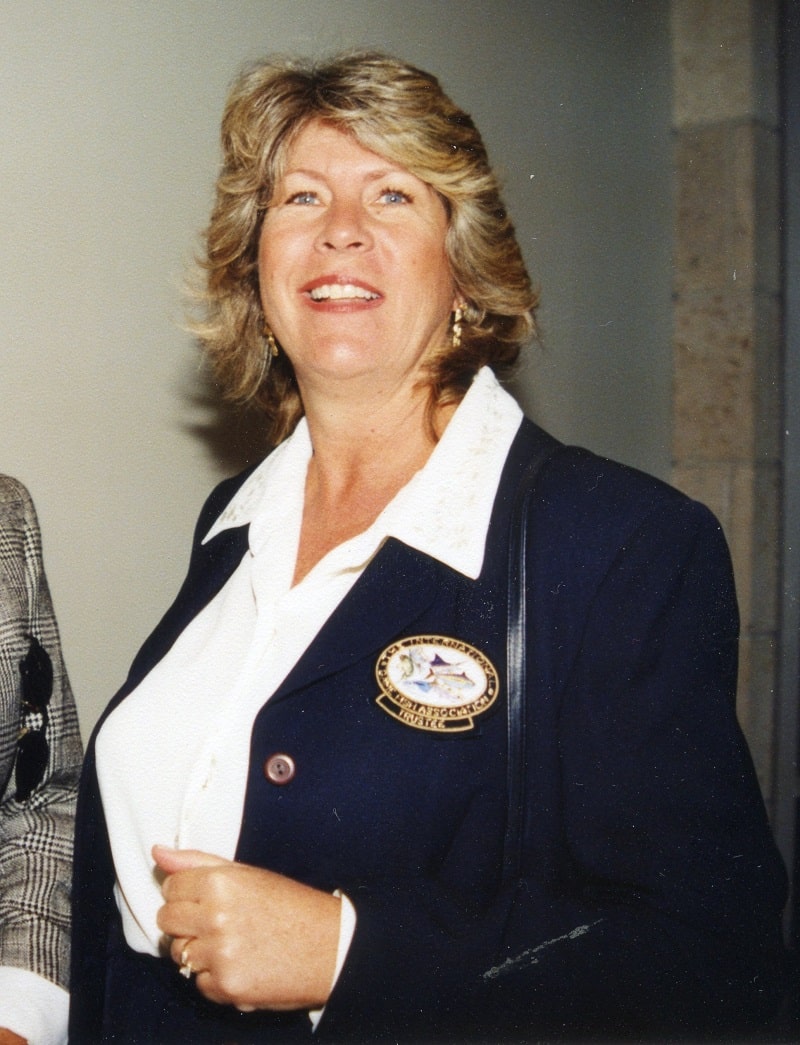 Terri Andrews’ father, Conway Kittredge, purchased the Tropic Star Lodge in Piñas Bay, Panama, in 1976 when Terri was just 25-years-old.  Since then, Terri has achieved nine IGFA World Records, including a 96-pound Pacific sailfish on 2 lb. line and a 364-pound black marlin caught on 16 lb. line.  Terri takes pride in her conservation efforts through CONAMAR (Foundation for the Conservancy of the Sea, Nature and Marine Species), which helped establish a law protecting billfish from commercial fishing within a 20-mile radius of Piñas Bay.  During her time running Tropic Star Lodge, she stopped awarding bonus money to the captains and crew for catching and landing billfish.  She also became a very strong proponent for the use of circle hooks and made their use mandatory at Tropic Star Lodge.  A 1997 recipient of the IGFA Conservation Award, Terri was elected to the IGFA Board of Trustees that year and continues to serve actively today. 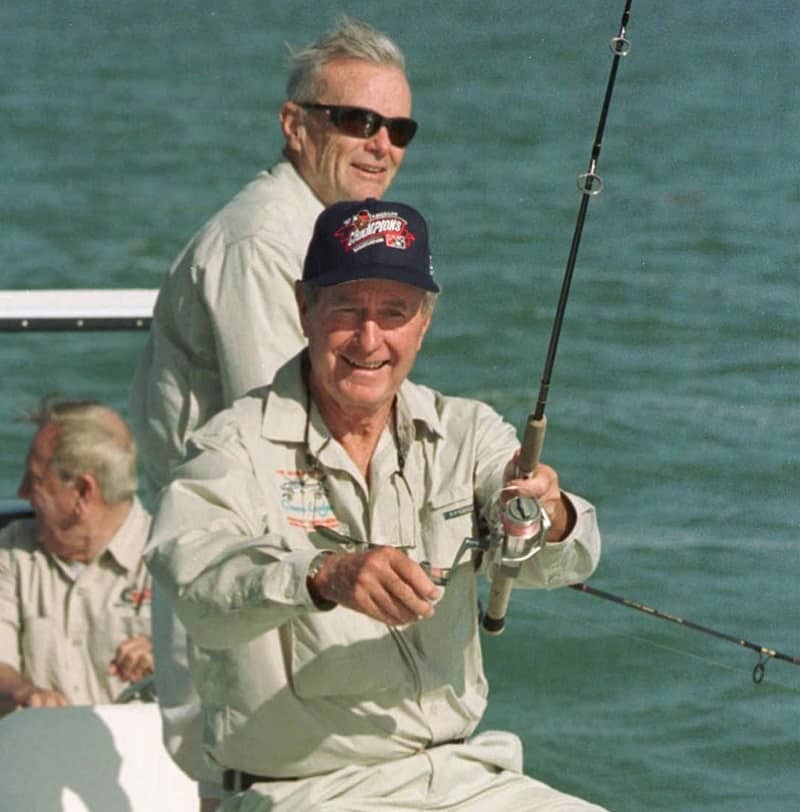 The 41st President of the United States of America was an avid outdoorsman who loved to fish.  An accomplished and well-respected political leader, Bush was a two-term congressman from Texas, U.S. Ambassador to the United Nations, Chairman of the Republican National Committee, United States Envoy to China, Director of the Central Intelligence Agency, and served as U.S. Vice President under Ronald Reagan.  Bush was also a passionate recreational angler, often fishing for striped bass and bluefish offshore of his compound in Kennebunkport, Maine, and chasing bonefish on the flats off Islamorada, Florida.  He caught a 135-pound tarpon in the Florida Keys with guide George Wood and wrote the foreword to tarpon expert Andy Mill‘s book “A Passion for Tarpon.”  Bush established 56 wildlife refuges in the U.S. during his presidency and received the Bass Pro Shops Lifetime Conservation Achievement Award and the Keep America Fishing Award for his conservation efforts, including his key role in passing amendments to the Sportfish Restoration Act.  He was inducted into the Bass Fishing Hall of Fame in 2016. 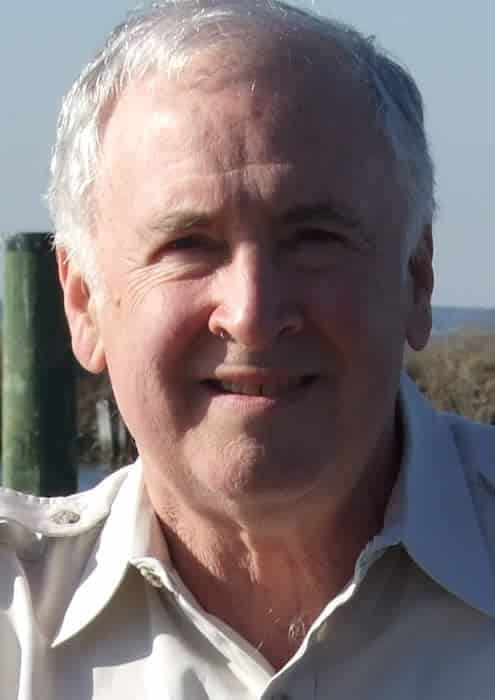 Bob Hayes began his involvement in fisheries policy as an attorney for both the U.S. National Oceanographic and Atmospheric Administration (NOAA) and for the U.S. National Marine Fisheries Service (NMFS).  He has served as National General Counsel for the Coastal Conservation Association (CCA) since 1985 and is a highly respected advocate on state, federal and international fisheries management issues.  During his remarkable career, Bob has also served as general counsel for the American Sportfishing Association and chairman of the Center for Sportfishing Policy.  Hayes’ crowning achievement was his role in crafting legislation that made it possible for marine anglers to contribute financially to the conservation of marine fisheries, the way that hunters and freshwater anglers have done in the U.S. for decades.  He has been the strategist on nearly every U.S. federal recreational fisheries law in the last few decades – including federal gamefish status for Atlantic billfish, red drum and striped bass, and recent passage of the Modern Fish Act.  Hayes received the Walter Fondren and Norville Posser awards from CCA for his work in conservation and was selected as the Conservationist of the Year in 2006 by Outdoor Life. 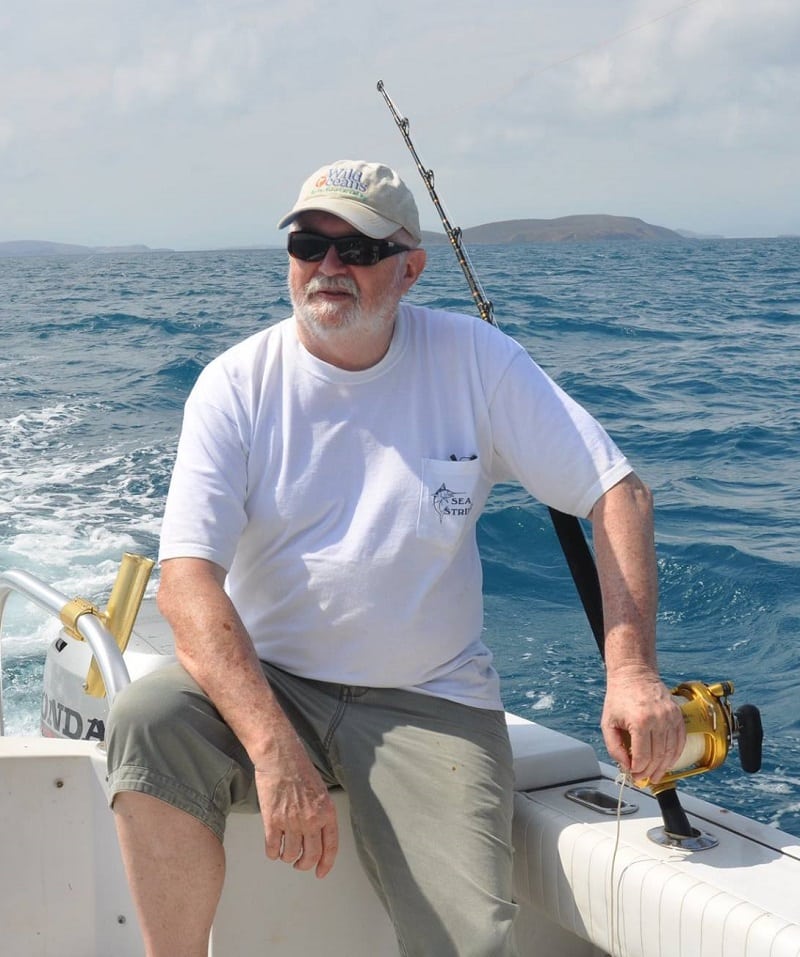 Throughout his distinguished career in marine science, Dr. Julian Pepperell has undertaken numerous projects on the general biology, life history, movements and stock structure of pelagic fishes, including tunas, billfish and sharks.  The majority of his work has been conducted in collaboration with the Australian government, universities and state fisheries departments as well as with other universities around the globe. He developed the Australian Game Fish Tagging Program, which at the time was the largest such project in the world.  Perhaps one of his greatest accomplishments was developing a code of practice for recreational fishing in Australia in 2007.  Dr. Pepperell has been the keynote speaker at numerous important recreational and commercial fishery conferences and symposia over the last three decades and has acted in a leadership or advisory role in nearly every major workshop, symposium or conference on highly migratory species at a national and international level since 1992.  Dr. Pepperell received the IGFA Conservation Award in 1999 and is also the recipient of the Rybovich Lifetime Conservation Award from The Billfish Foundation.  He is also a member of the Cairns Game Fishing Hall of Fame. 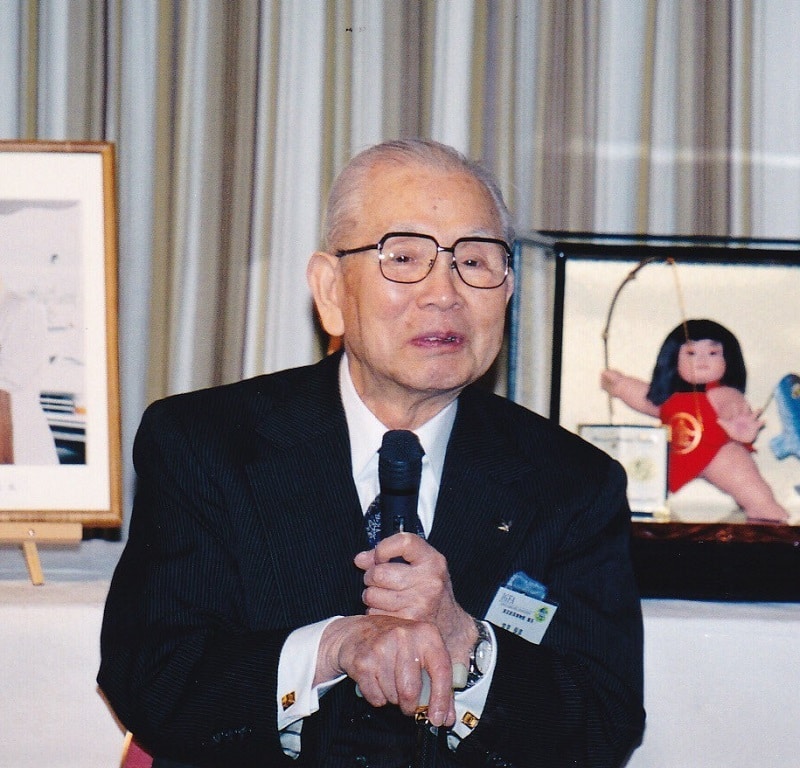 At the age of 13, Yasuhiko Tsunemi landed a job at a Tokyo firm that dealt in silkworm gut for fishing line.  He later established a successful fishing tackle wholesale business and, in the 1960s, was appointed chairman of the Tokyo Fishing Tackle Cooperative (TFTC).  Tsunemi is credited with introducing many major fishing brands to Japan, including: Rapala, Mepps, Bomber, Arbogast and Mitchell.  In 1966, Tsunemi developed a conservation plan to stop development of Tokyo Bay.  He was successful in gaining the support of 10 million anglers and the plan to develop Tokyo Bay was abandoned.  In 1979, he received the Tokyo Governors Award for his contributions to the recreational fishing industry.  Later, in 1983, the Japanese Emperor awarded Tsunemi “The Order of the Rising Sun, Gold and Silver Rays” for his contributions to recreational fishing.  In 1996, using his vast personal fishing collection, Tsunemi established “The Progress of Fishing Tackle Museum” in the Tsunemi Building, which was later renamed the Tokyo Fishing Tackle Museum.  He was also extremely supportive of the formation of the Japan Game Fish Association.

I
IGFA
The International Game Fish Association, or IGFA, is a not-for-profit organization committed to the conservation of game fish and the promotion of res...