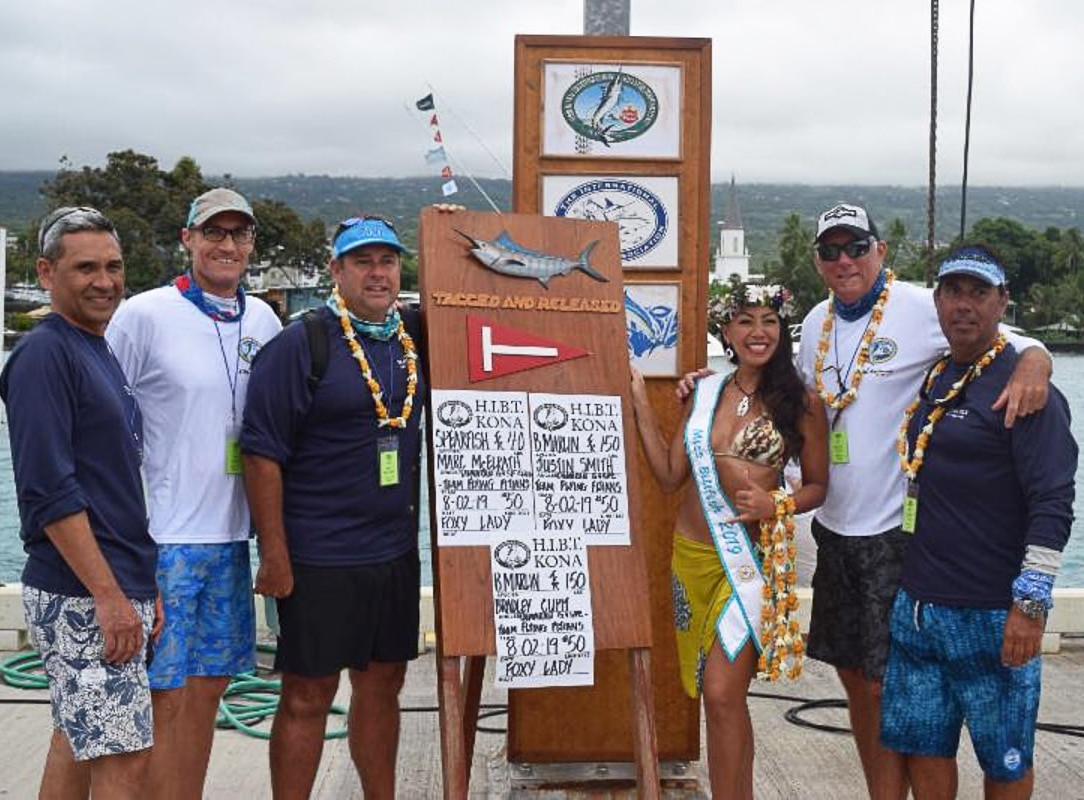 Gaining 100 points for a short nose spearfish tag and release gave the father and son team of Laguna Niguel Billfish Club-Firesten in the slim margin needed for a 2019 Hawaiian International Billfish Tournament victory and the coveted Governor’s Trophy.

Laguna Niguel Billfish Club-Fierstein team spent the day monitoring radio control and taking notes with every hook up and each tag and release reported. At 3:51 pm and nine minutes to stop fishing,Houston Big Game Fishing Club-Team Hilocalled in a hookup that left the entire tournament of teams and anglers on baited breath as the tournament clock continued to wind down. Would this team pull up a large Pacific blue marlin large enough to propel them into the top spot at this late hour? This was the question on everyone’s mind. At 5:59 pm, radio control confirmed that an ahi had been boated but disqualified due to shark attack. 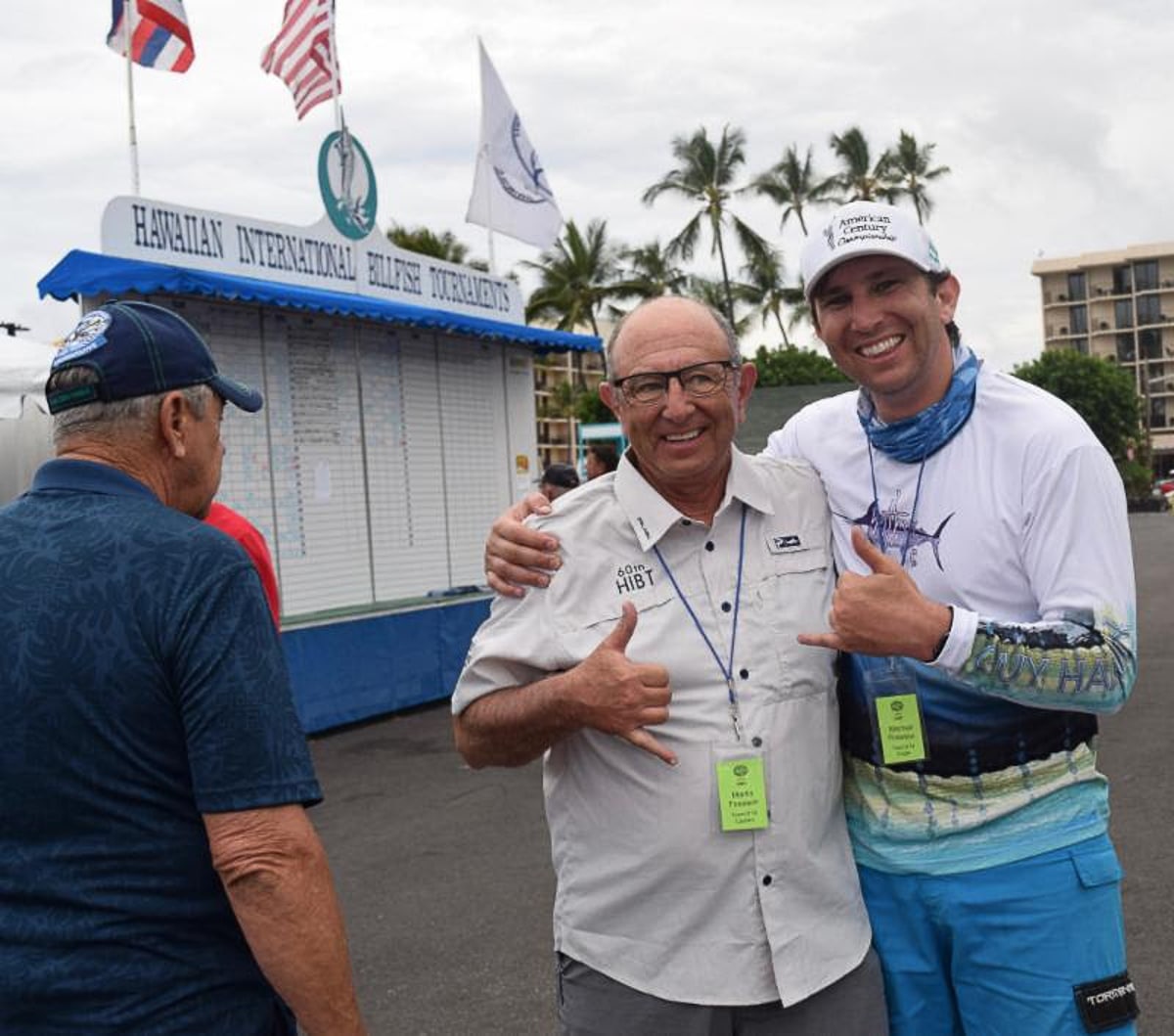 Laguna Niguel Billfish Club-Fierstein team led by father and captain Martin Firesteinand his son, Mitchell Firestein, who has been fishing this tournament with his dad since he was seven years old then learned they had indeed won the prestigious 60th tournament with a total of 1,600 points. “From the get go today, it was nerve racking. Everytime the radio crackled, we were both like ‘who is that and what did they catch?, said a very happy Mitchell Firestein. At the last hour we both knew we had no control over this. It is what it is. Today worked out. We are so happy to win here in Kona.”

Laguna Niguel Billfish Club-Fierstein topped the 2019 leaderboard with 1,600 points followed by Olympian Dream Fishing Club with 1,450, Denarau Game & Sportfishing Club -Team Flying Fijians with 1,450 points and Kona Gamefish Club-Blue Fin with 1,400. It was an active scoreboard with a total of 35 teams putting points on the leaderboard during the 60th running of the Hawaiian International Billfish Tournament.

Captain Kevin Hibbard wins 2019 Henry Chee Award
The Henry Chee Memorial Award was established by the Board of Governors in 1965 to recognize the charter boat captain accumulating the greatest number of billfish points during the tournament.

Mahalo Kona!
“For 60 years, the Kona community has welcomed the Hawaiian International Billfish Tournament with love and aloha. We are appreciative of the community’s support throughout the tournament’s history, Mahalo to Kona for all you have given!” said Hawaiian International Billfish Tournament Founder Peter Fithian. “It took a long time to build a tournament like this one. The first 30 years are really the testing grounds. After that, you find the commitment but catching a fish is still the largest wild card.”