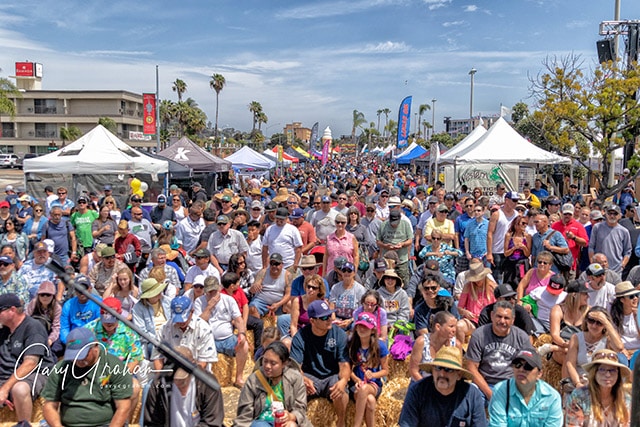 For the 39th consecutive year, the San Diego Sportfishing Council showcased its world-renowned sportfishing fleet against the colorful and dynamic backdrop of San Diego Bay at the 2018 Port Of San Diego’s Day at the Docks on Sunday, April 15. 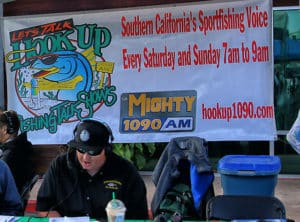 The actual opening coincided with sounds straight out of Louisiana’s dance clubs – bayou festivals and backyard crawfish boils – when the Bayou Brothers took the stage.

The free event always draws thousands, and this year they came early, long before the official 9 a.m. opening and many remained until the show closed at 5 p.m. 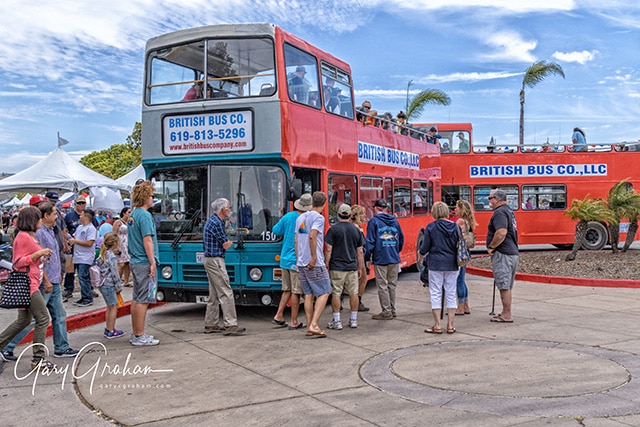 Festively painted double-decker buses delivered load after load of spectators who had taken advantage of the free parking offered on Shelter Island. 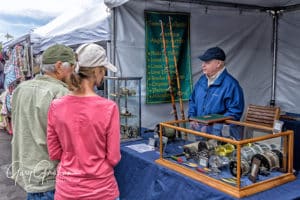 Serious fishermen and women flocked to the booths and displays that offered the latest fishing tackle presented by the industry’s leading manufacturers. Others sought out the historical tackle displays.

Throughout the day, many tested their casting skills at contests. Winners were:
Mike Krupnea, Carlsbad, Calif.
Ryan Rojas, Escondido, Calif. 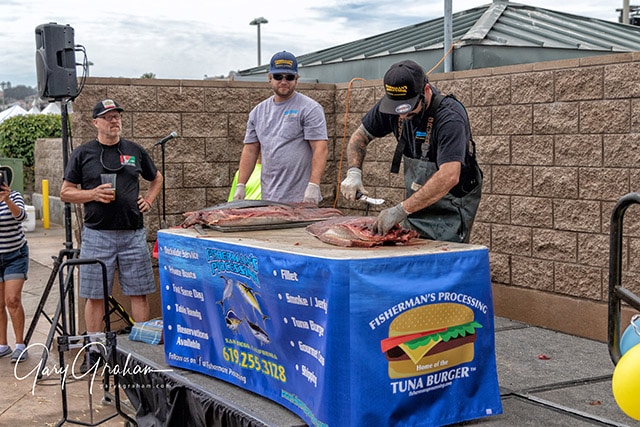 How-to seminars by expert anglers revealed secrets on improving both techniques and results. There was even a “how to” seminar on filleting a giant bluefin tuna! 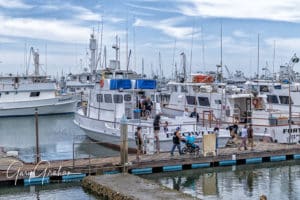 Sportfishing boat captains showcased their vessels while discussing plans for the upcoming season. Many visitors enjoyed boat rides on San Diego Bay; others couldn’t seem to get enough of the displays by marine artists and fishing tackle experts in the more than 200 booths that featured everything from sunshades to fun fishing clothing and even fish fins for dogs. 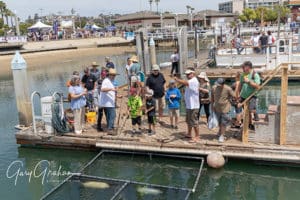 A Kid’s Fishing Adventure was one of the most popular attractions … and it was free! Children ages 4-12 were provided rods, reels and assistance by members of the San Diego Rod & Reel Club and the San Diego Anglers.

Certificates of Appreciation to: 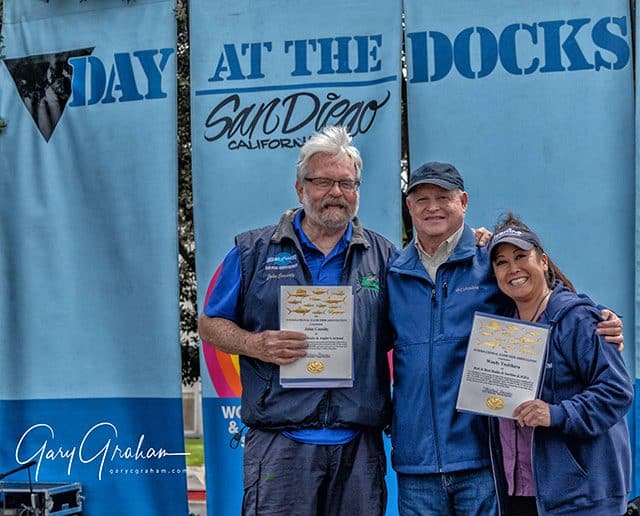 • Wendy Tochihara for her endless energy and talent dedicated to the advancement of sportfishing. As co-host of Rod and Reel Radio, Izorline National Sales Representative, IGFA Representative, Co-MC of San Diego Day at the Docks and competitive tournament angler.
• John Cassidy of Rod and Reel Radio & Angler’s Arsenal, for advancing sportfishing on behalf of both fresh and saltwater, as well as his dedication as the Co-MC for Day at the Docks and Tournament Director. 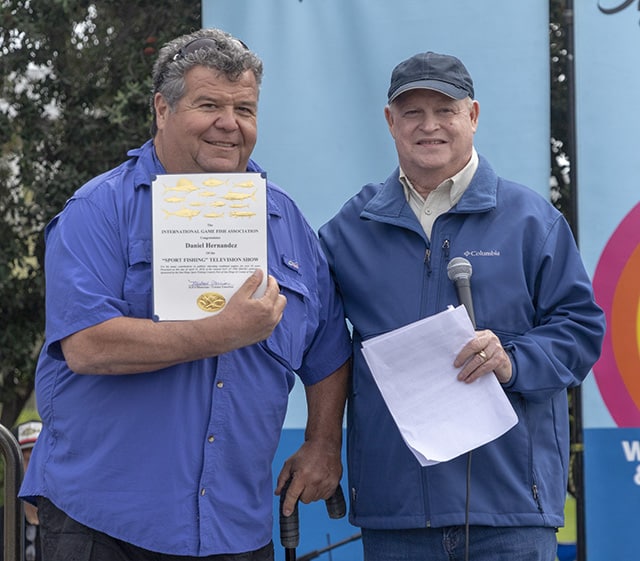 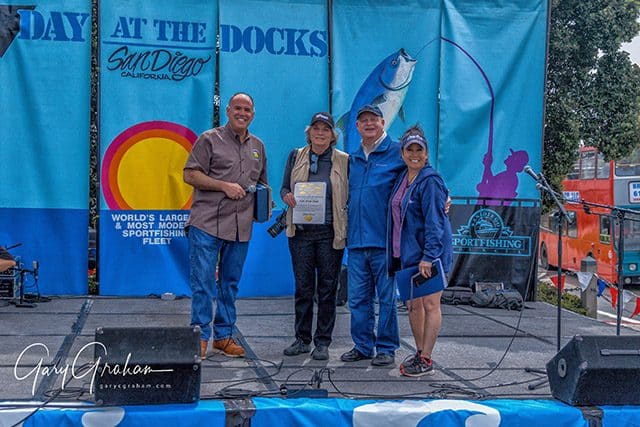 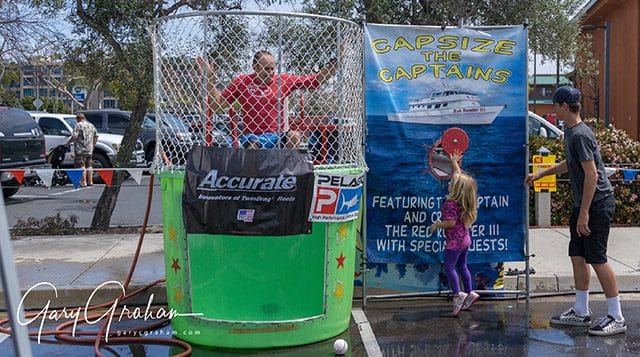 A Captains’ Dunk Tank, Kid’s Art contests and the food court that offered an array of great food were popular stops as well.

This year, Day at the Dock kicked off a larger, month-long promotion to get kids fishing. 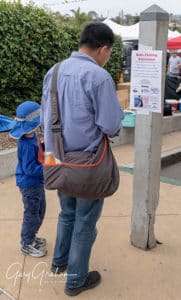 Boats in the San Diego fleet will offer KIDS FISH FREE promotions through May 31.

During May, the San Diego Bay-based sportfishing fleet will take kids under age 15 fishing FOR FREE on any open party half-day fishing trip when accompanied by a paid adult. Coupon required. For coupon, click here: http://sportfishing.org/kids-fish-free/

One complimentary child’s ticket is earned with each adult fare. Reservations are required and this promotion is limited to space available. Mexican permits, if required, are not included. 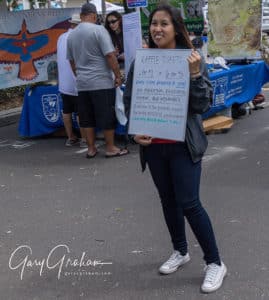 What a great way to introduce a child to the world of sportfishing! Kids Fish Free is honored at H&M Landing, Fisherman’s Landing and Point Loma Sportfishing.

Make plans with your child today to go fishing in May.

Three huge opportunity drawings benefited the Burn Institute throughout the day and through the support of exhibitors and industry manufacturers, fishing rods, reels, trips, jackets, tackle boxes and lures, restaurant certificates, and bay cruises were just some of the prizes that were donated. 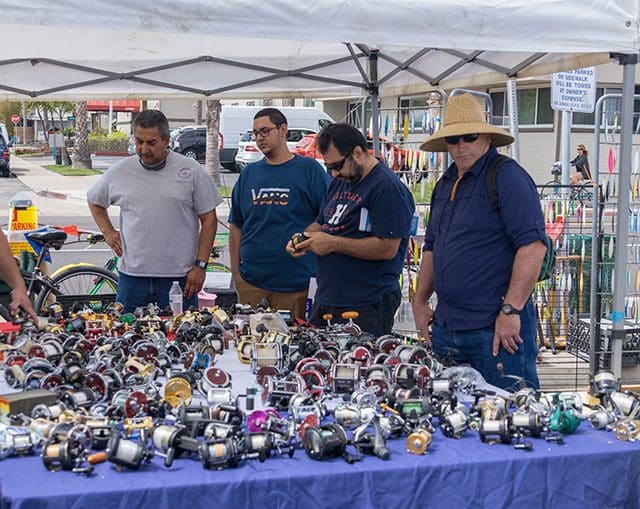 And then, too soon, the 2018 Day at the Docks was over. Veteran anglers, captains and the fishing community checked out the booths and exchanged plans for the upcoming season; new opportunities were considered by the would-be anglers who talked with the captains and crews, fondled the tackle, laughed as they helped sons and daughters bait a hook and vowed that a fishing trip would be a good adventure for the two of them to enjoy. They took rides on the boats, helped dunk captains, and others ran into neighbors, enjoyed the free music, and ate too much, but everyone attending chalked up some good memories of a basic, fun-filled family day. 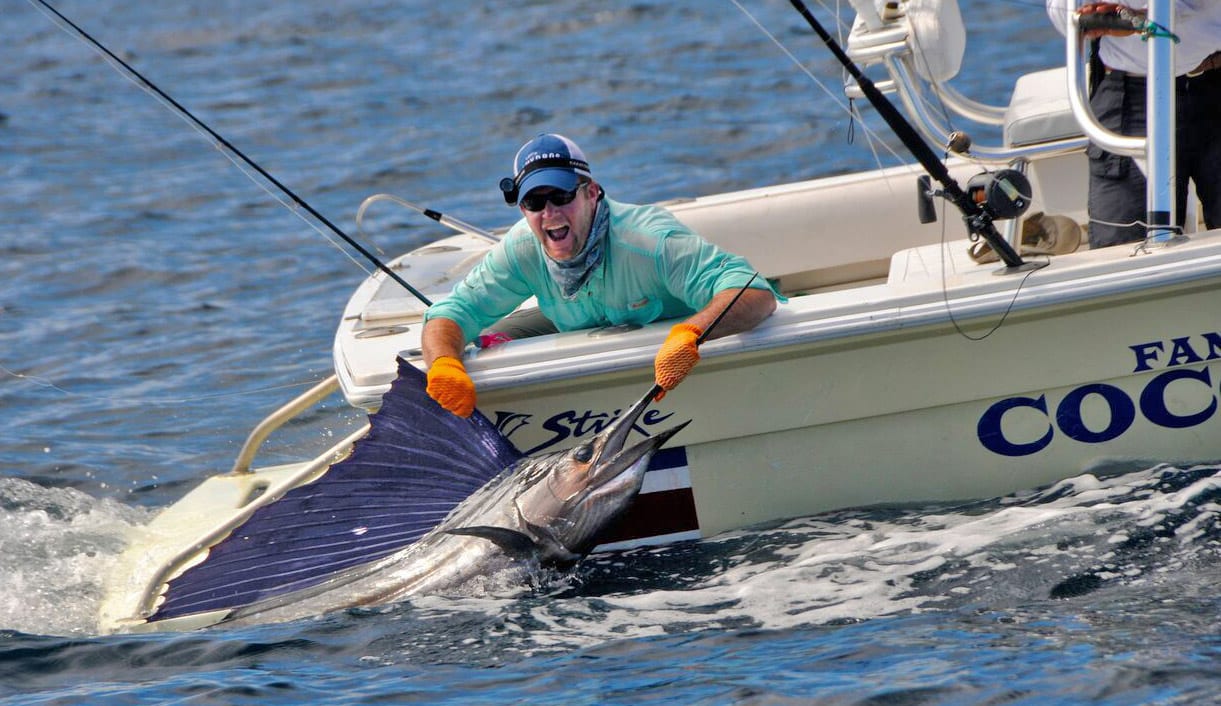